Hello guys! Late post again, sorry! I’m trying to get into the habit of posting at a regular(ish) time every day without resorting to pre-timed posts but with work and university it’s really difficult. I’ll work on it!

On Friday night my boyfriend and I went out for dinner to Chiquitos. He’d actually chosen Nandos but as always there was a wait to get a table and we were mega hungry! We ended up going to Chiquitos instead and the food was okay… They’ve changed the menu and upped their prices to boot which was a bit of a bummer.

Recently we’ve been opting for the more casual restaurants like Nandos, Chiquitos and Frankie and Benny’s rather than Italians since they’re nearest to the car par in town – haha lazy! – but now I think about it it’s never quite as good as I anticipate it to be. Afterwards I always think “oh next time I’ll just cook at home and save myself the money – and the calories!” BUT sure enough by the next week I’ve forgotten that and all I can think about is going out for junk food. It’s always nice to escape from our flat and chat over dinner in a nice restaurant atmosphere!

We had a Nachos sharer to start which was good but I was so hungry I forgot to take a photo of it – sorry! (P.S.  Dontcha hate how restaurants only every put the cheese on the top layer of Nachos so the ones underneath are dry! Layer your cheese people!!! Lol.)

For my main course I had the Pulled Pork Quesidilla – the filling in this is delicious, I definitely recommend it although they changed the bread and it isn’t as good now in my opinion but ah well! 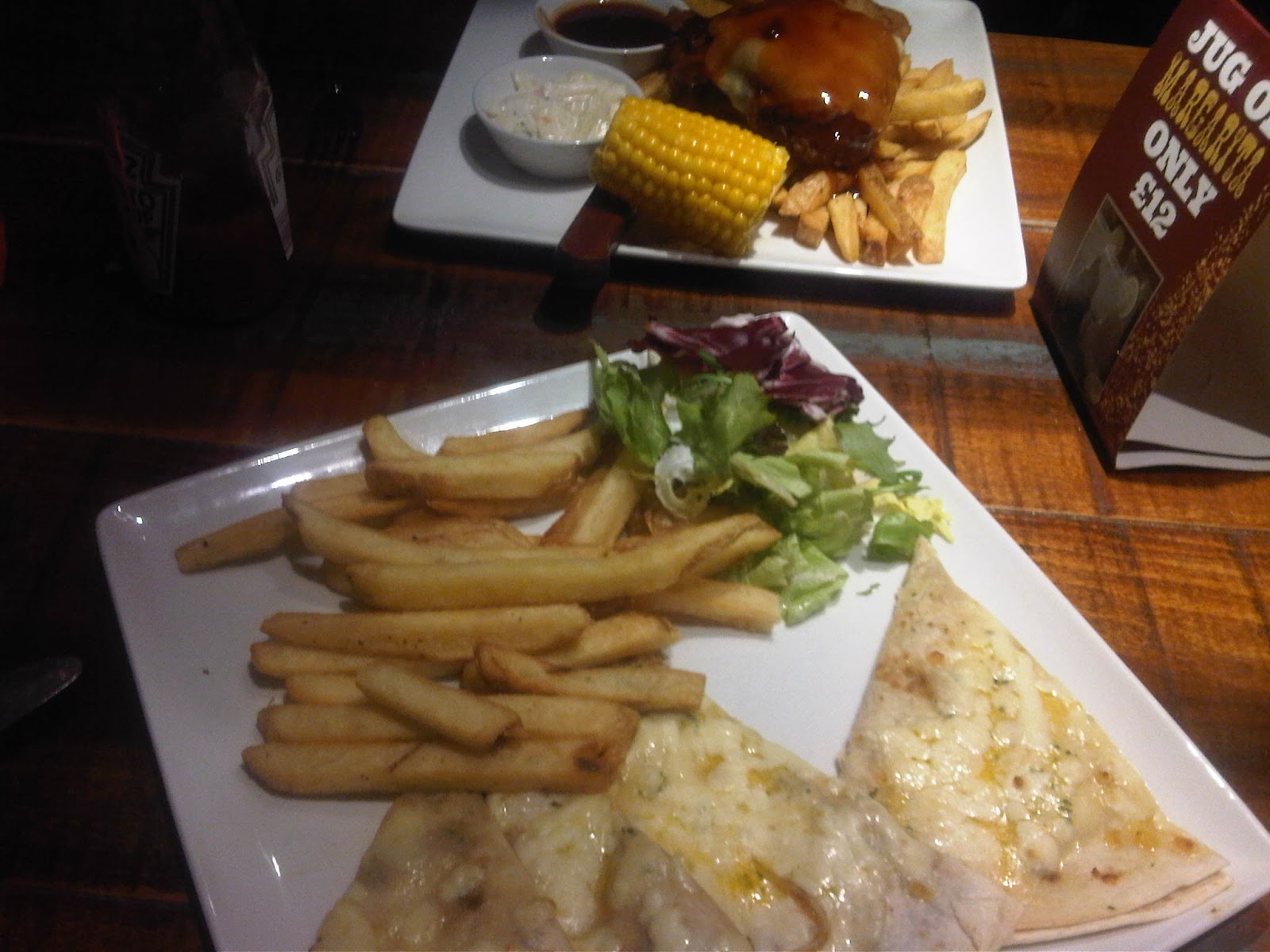 For dessert I had brownies and ice cream which was good. The portion was stingey but that was just as well considering how full I was by then! 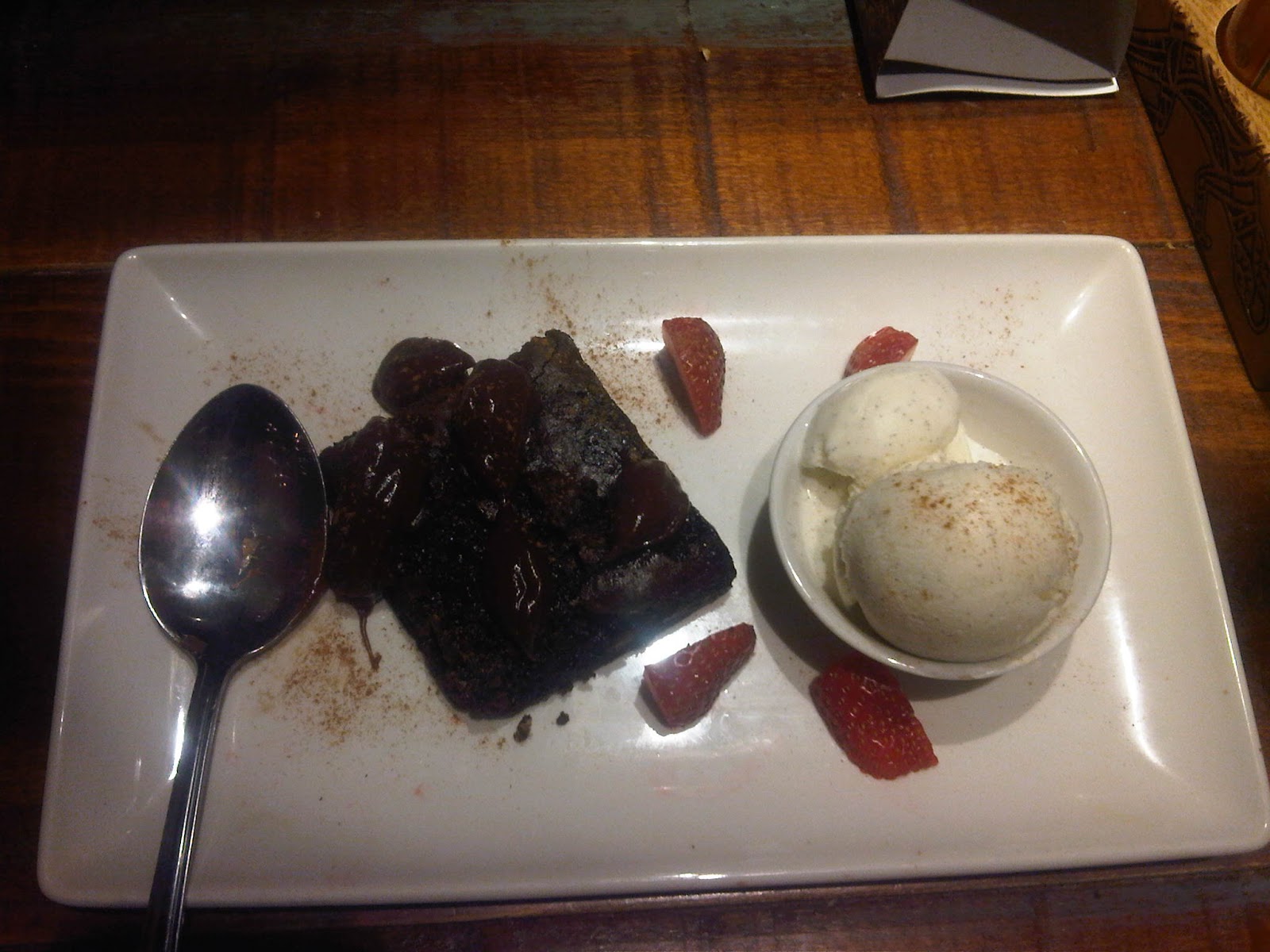 After dinner we went to see Django Unchained. I watched Jamie Foxx on the Jonathon Ross show last week and he seemed very charismatic and cool and I’d also seen the infamous Tarantino vs. Krishnan Guru-Murthy face-off interview and (before they got into it…) Taratino made it sounds like an interesting film so we decided to check it out. It did not disappoint! It’s the story of a slave, Django (Foxx) who is freed by bounty hunter Dr Schultz (Christopher Schultz) in exchange for his assistance in the grizzly business. Django tells Dr Schultz about his slave wife who he was separated from and the two make a deal that they’ll try to find and free Django’s wife if he continues to help Dr Schultz bounty hunt along they way.

It’s a very cool movie. I really like how it deals with the terrible issue of slavery but is also very entertaining from the cool dialogue between Foxx and Schultz to the usual Tarantino blood-bath death scenes. There are stella performances all round including appearances from Leonardo DiCaprio who plays and eccentric slave owner and Samuel L. Jackson who gave my favourite performance since, despite it looking quite like him, I had no idea it was him until I went to write this post! He played his role so well I was just too busy despising his character throughout most of the film to notice it was him with a wig and eyebrows to make him look older. So all in all a great film that I definitely recommend that you see while it’s still in the cinema, as the movie theatre atmosphere definitely adds to the thrill of the action in a film like this. Loved it!