So here it is! My amazing boyfriend of four years whisked me away to Paris for three days as a 23rd birthday present so of course, I’m sharing all with you here on my blog. Let’s go! –>> 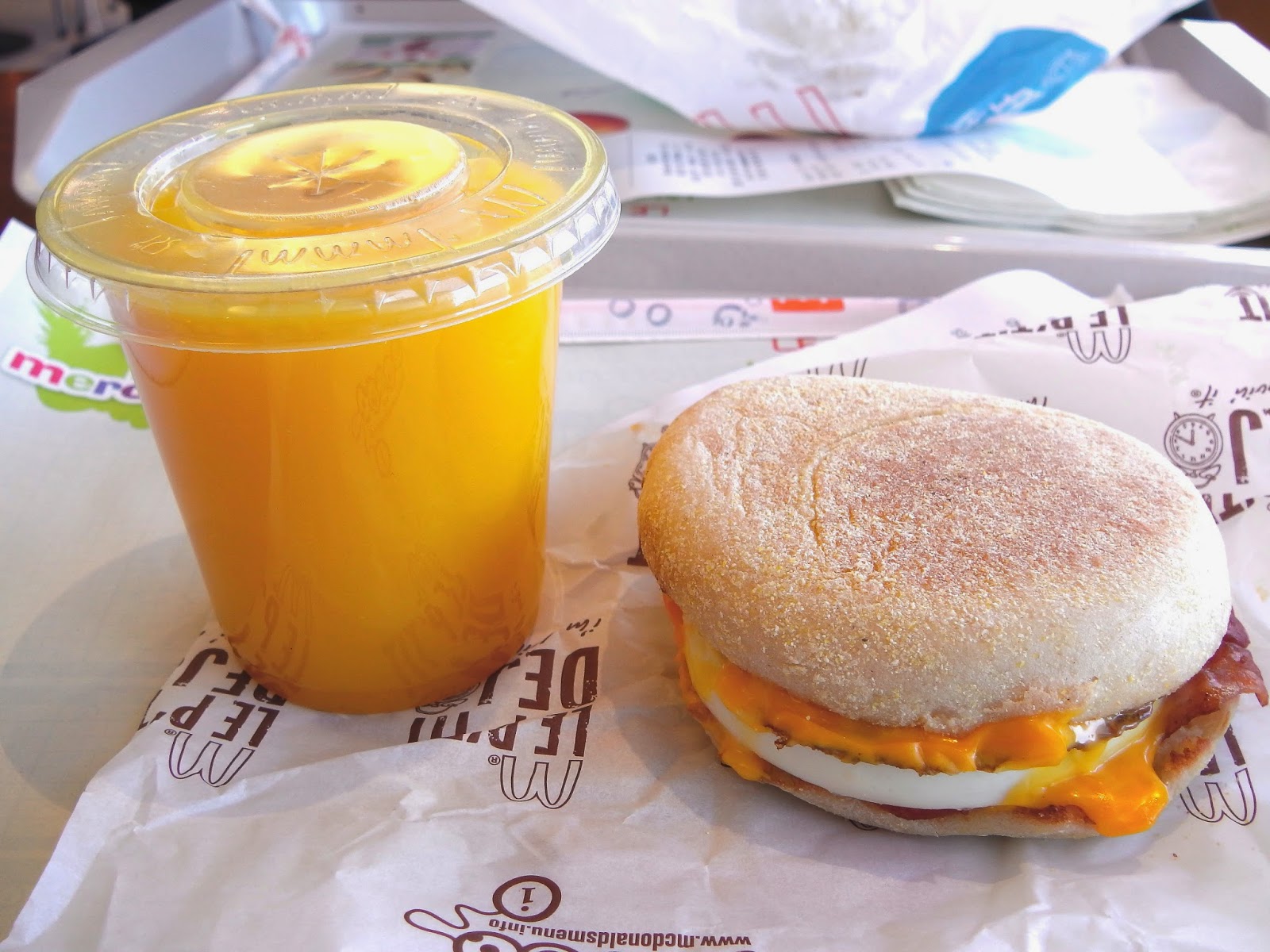 We had an early morning flight to Paris and didn’t have time to stop for breakfast so the first port of call  once we landed was, of course, fooood! This meant that my first taste of French food was at the McDonalds in the airport – très chic indeed! I was actually quite pleased with this as, although it’s not exactly the height of culinary quality, I have this thing about trying McDonalds in every country I visit, just to see how they all compare. Hey! It’s a good, consistent base okay?! Strictly for scientific purposes only. I’m actually not a huge fan of McDonalds generally but I do have a penchant for their breakfasts. A sausage and egg McMuffin meal with a hash brown and OJ is actually on my top 3 favourite breakfasts haha. Unfortunately they never seem to have these in other countries so instead I opted for a bacon and beef burger which was nice enough.

I’ve have, however, noticed on my travels that a lot of European McDonalds have McCafe counters in them; kind of like a little bakery/café selection within the shop where you can get hot drinks, pastries and cakes and in the French ones – macaroons! This is especially cool as they’re much more affordable than the higher priced Laduree macaroons, so if you’re on a budget but want to sample some macaroons while in Paris, head to Maccy Ds! 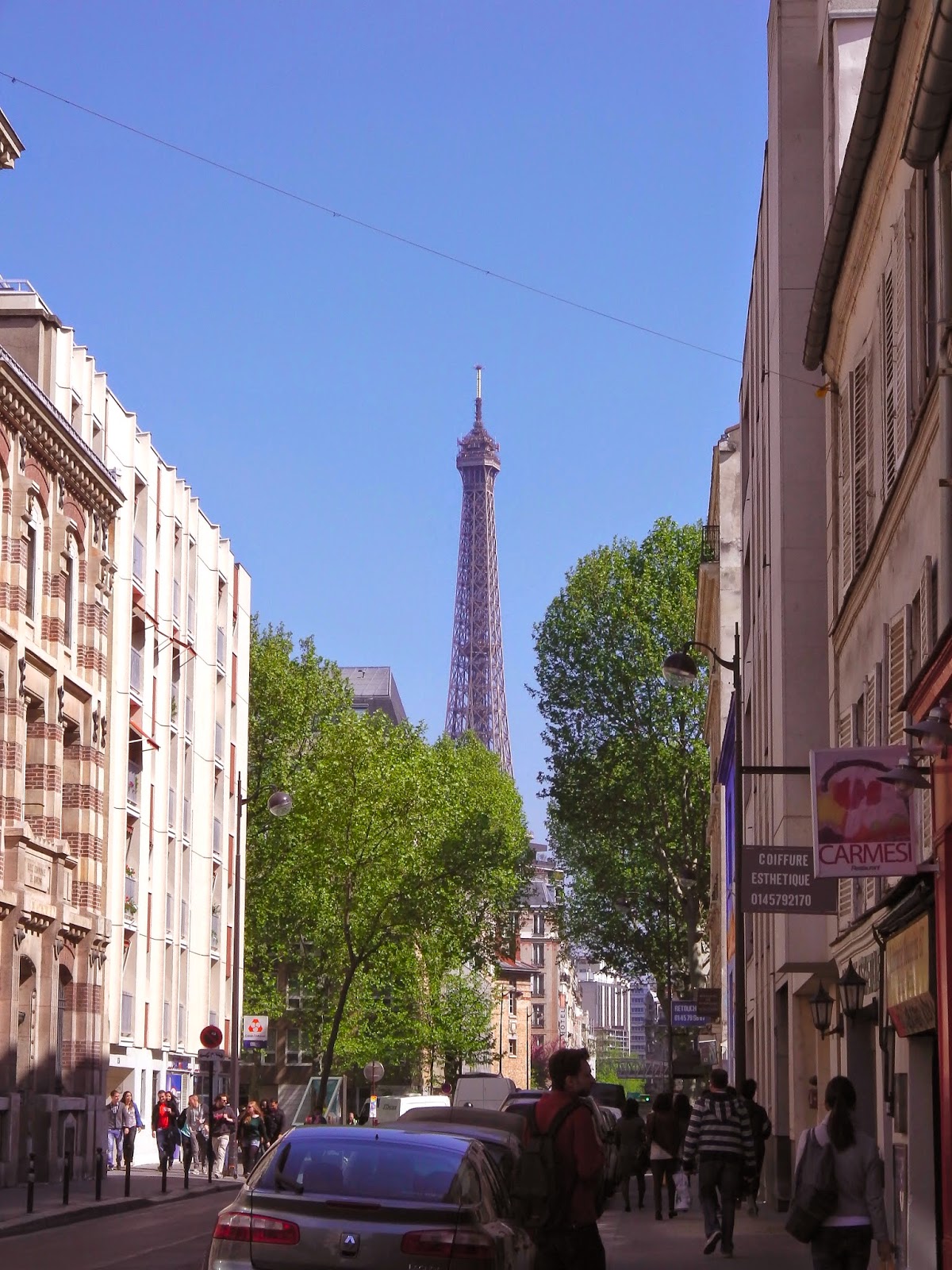 Armed with food we caught the Metro from the airport to our hotel to drop off our bags. Generally we found the underground system in Paris quite easy to work out which was a relief. One note if you use the Paris Metro – be prepared for buskers/beggars. We encountered quite a few during our short trip but it’s nothing to worry about. Most will just walk through the carriage hoping for donations rather than directly approaching people and the ones who do approach you tend to accept it and move on if you choose to politely decline them. The first busker we saw on the Metro was a gentleman playing the accordion – so very French and a lovely welcome to the city!

The hotel we stayed in was a sweet little boutique hotel in St Michel called Hotel Carina which had a view of the Eiffel Tower at the end of the street (see above) – very cool. 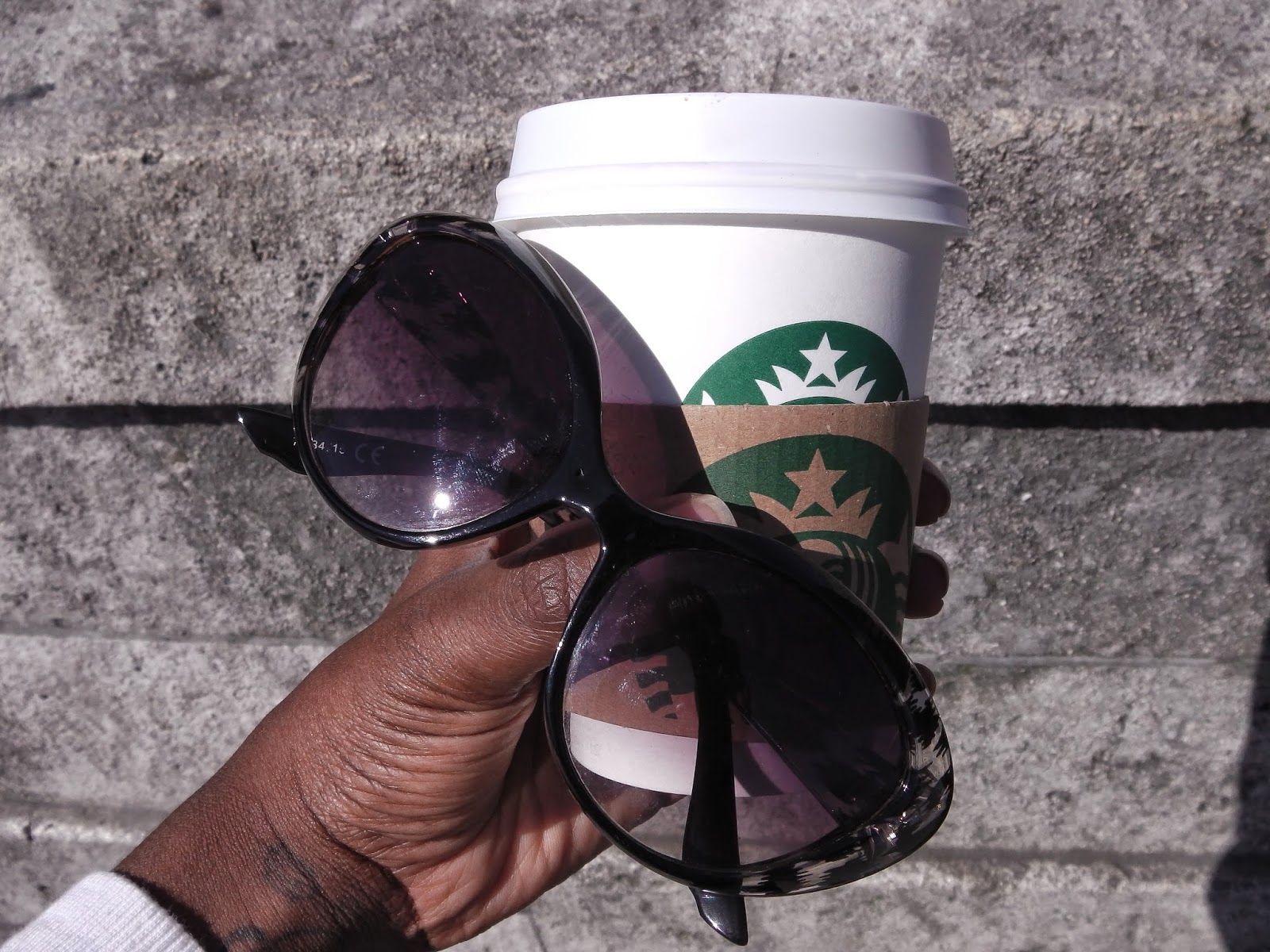 Armed with the essentials, I began my exploring! First stop; Notre-Dame. 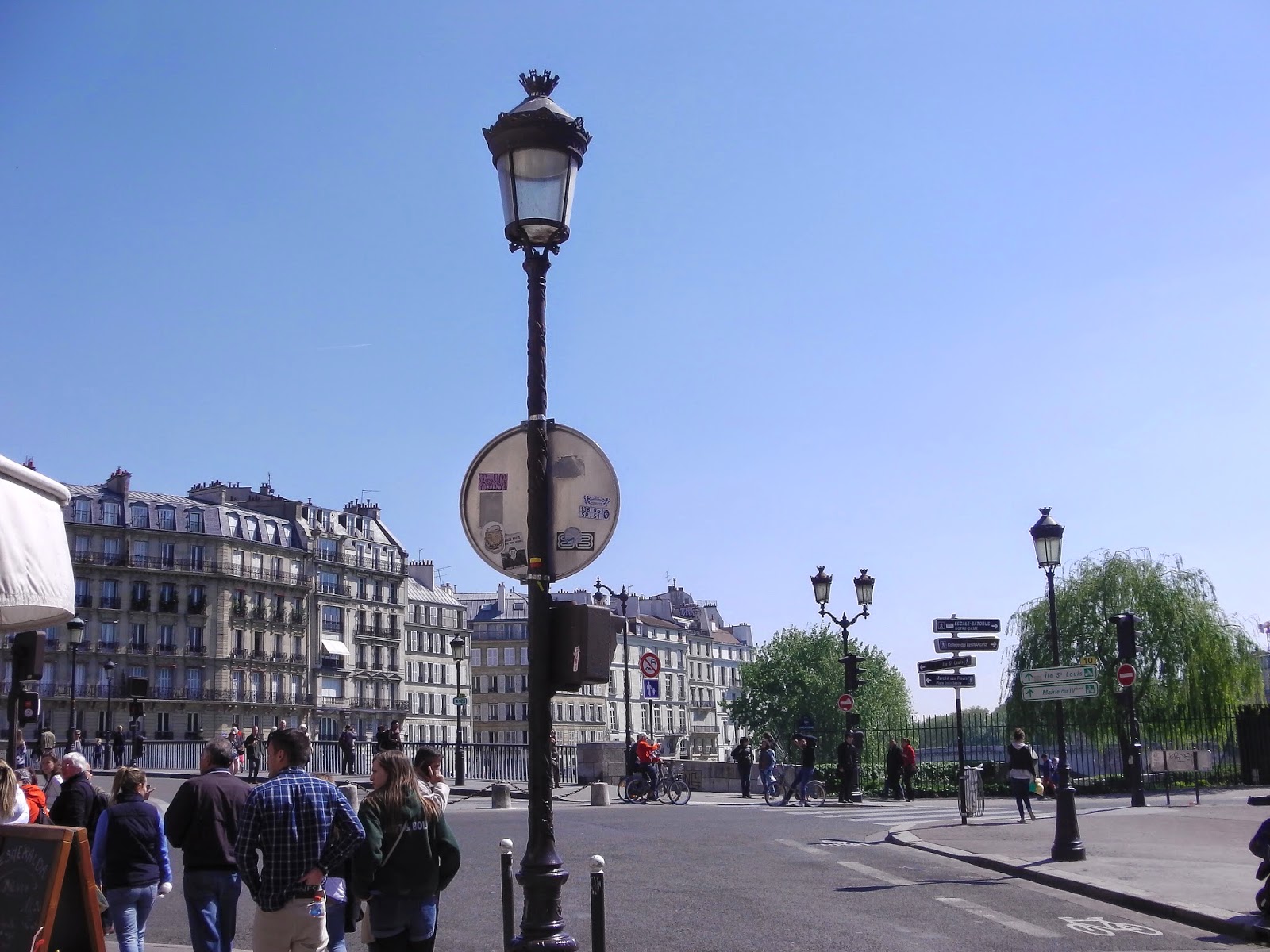 We got so lucky with the weather on this trip. We had booked it a couple of months in advance so had no clue as to what the weather would be like. Lucky for us we were in Paris for three days, two of which were glorious – my actual birthday included :). Blue skies and sunshine but not so hot that we couldn’t handle the walking – perfect sightseeing weather. 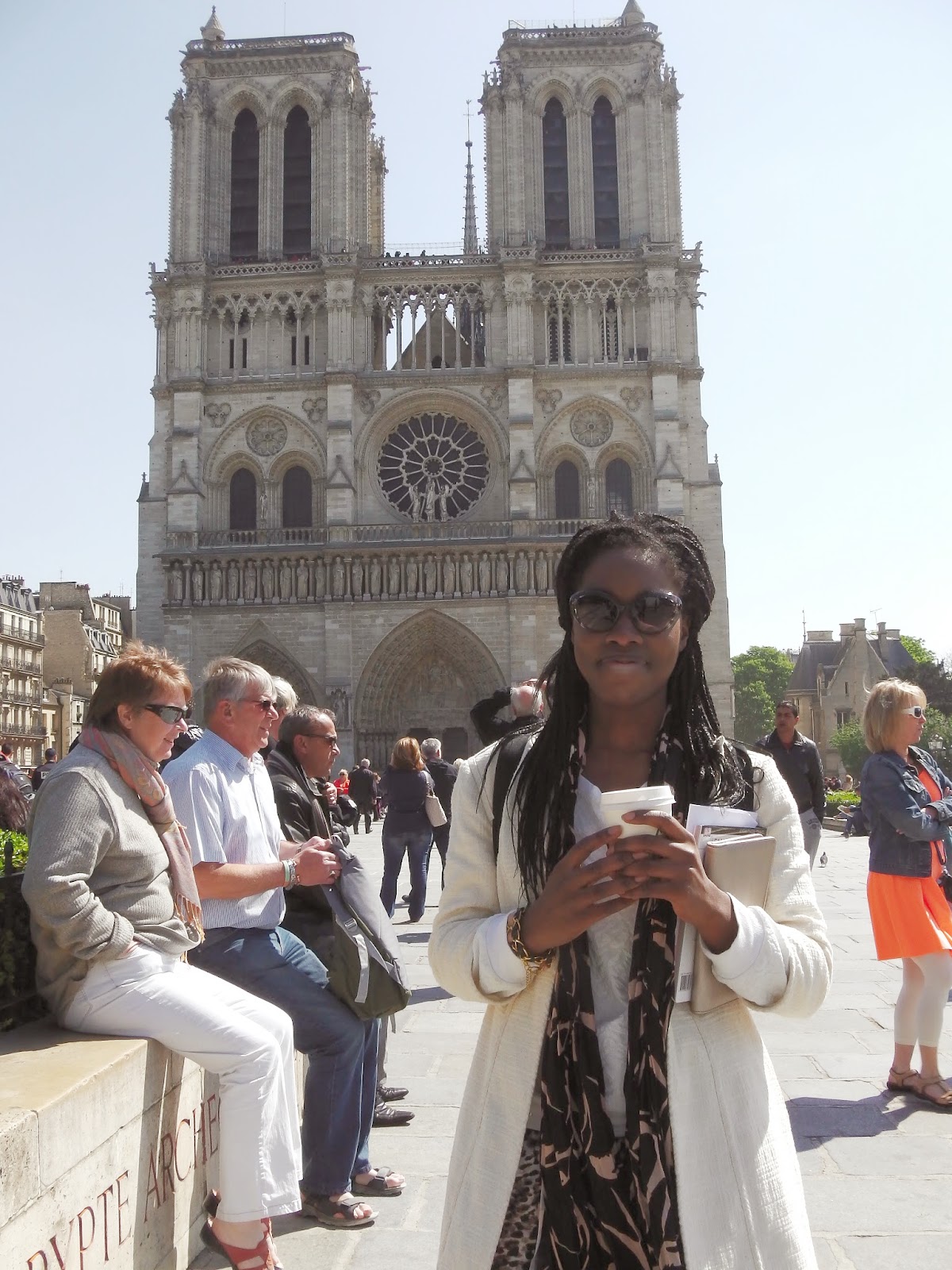 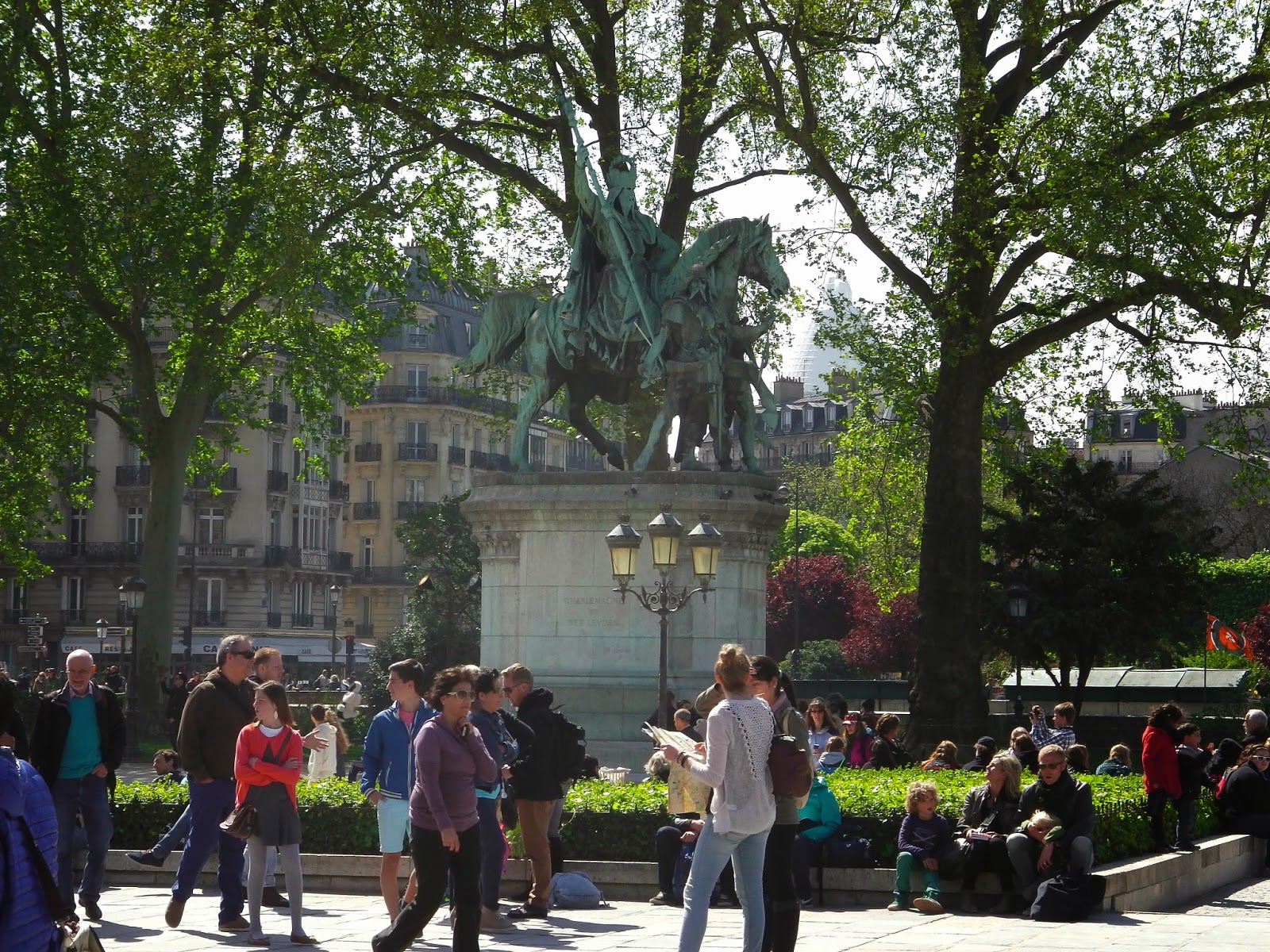 I hadn’t realised, until doing research for this trip, that the Notre Dame actually has a tower that you can climb for spectacular views of Paris. We queued for about an hour to climb the tower which, with 387 steps all spiralling narrowly upwards, was not an easy task! The views were well worth it though, even if our legs were, quite literally, trembling after the descent. 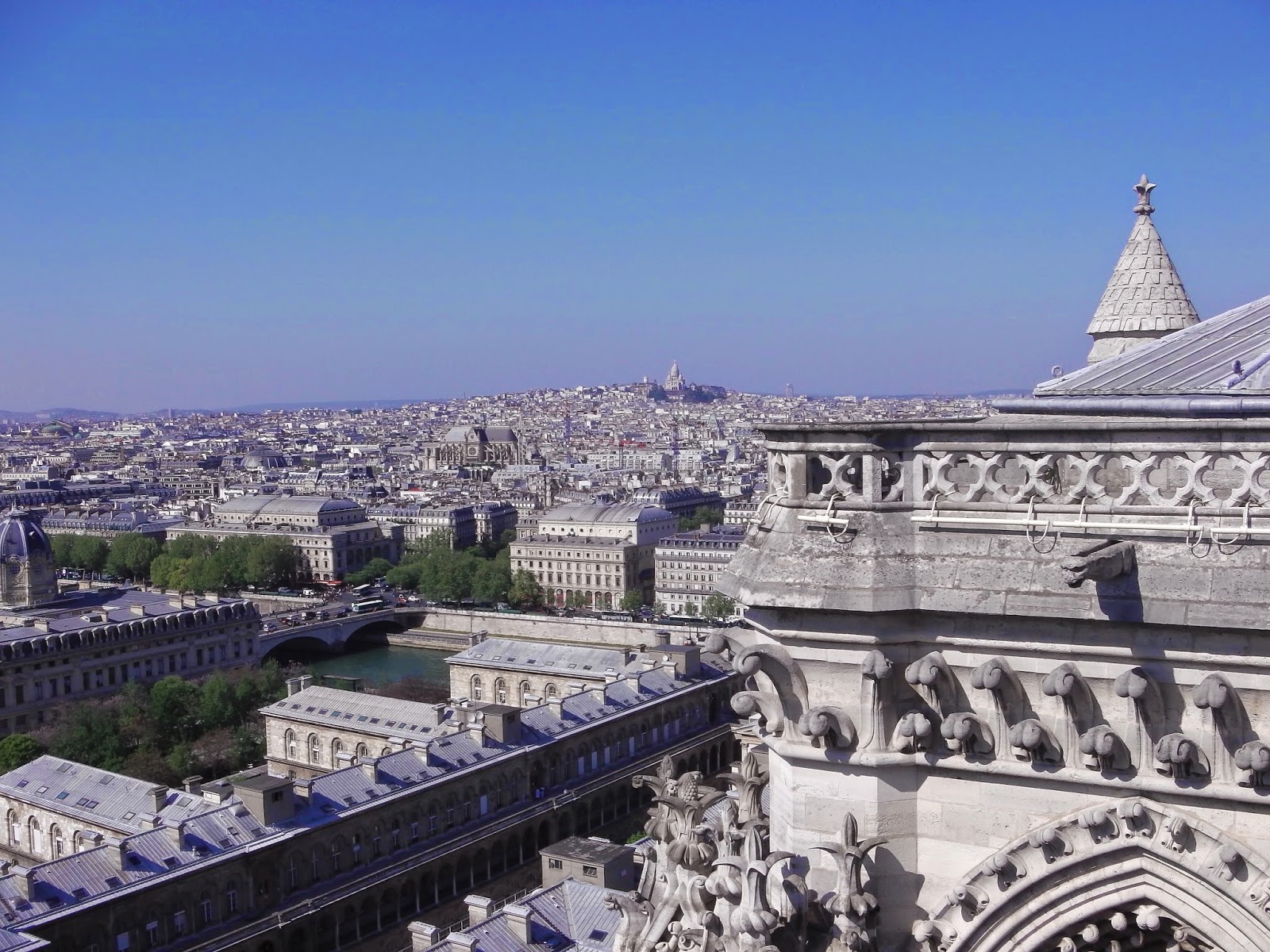 I love how nearly all of the buildings in central Paris are the same light stone colour with pretty grey roofs and traditional architecture rather than the industrial-looking chrome buildings I’m used to seeing in central London. It makes Paris look like something out of a fairytale. 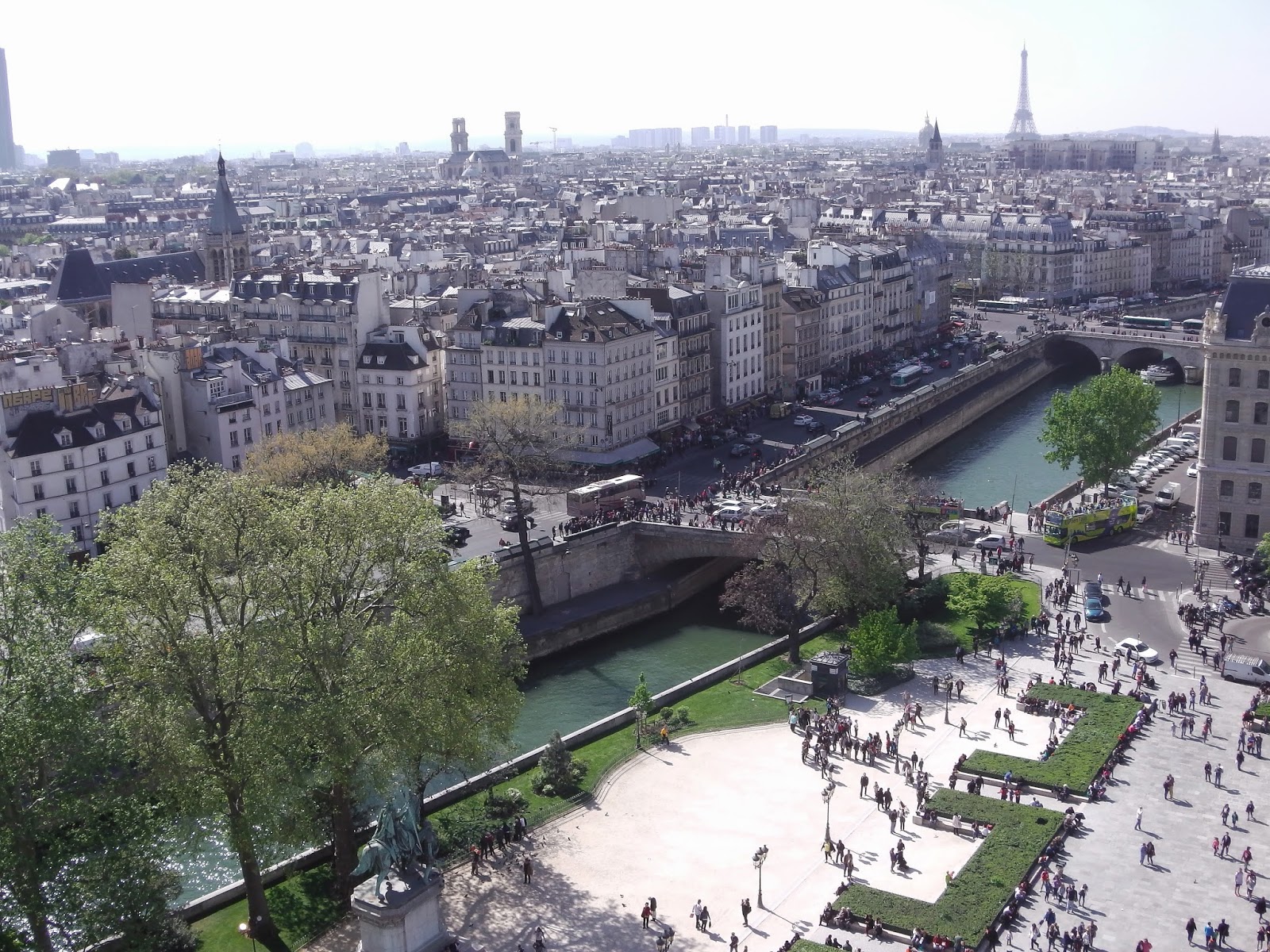 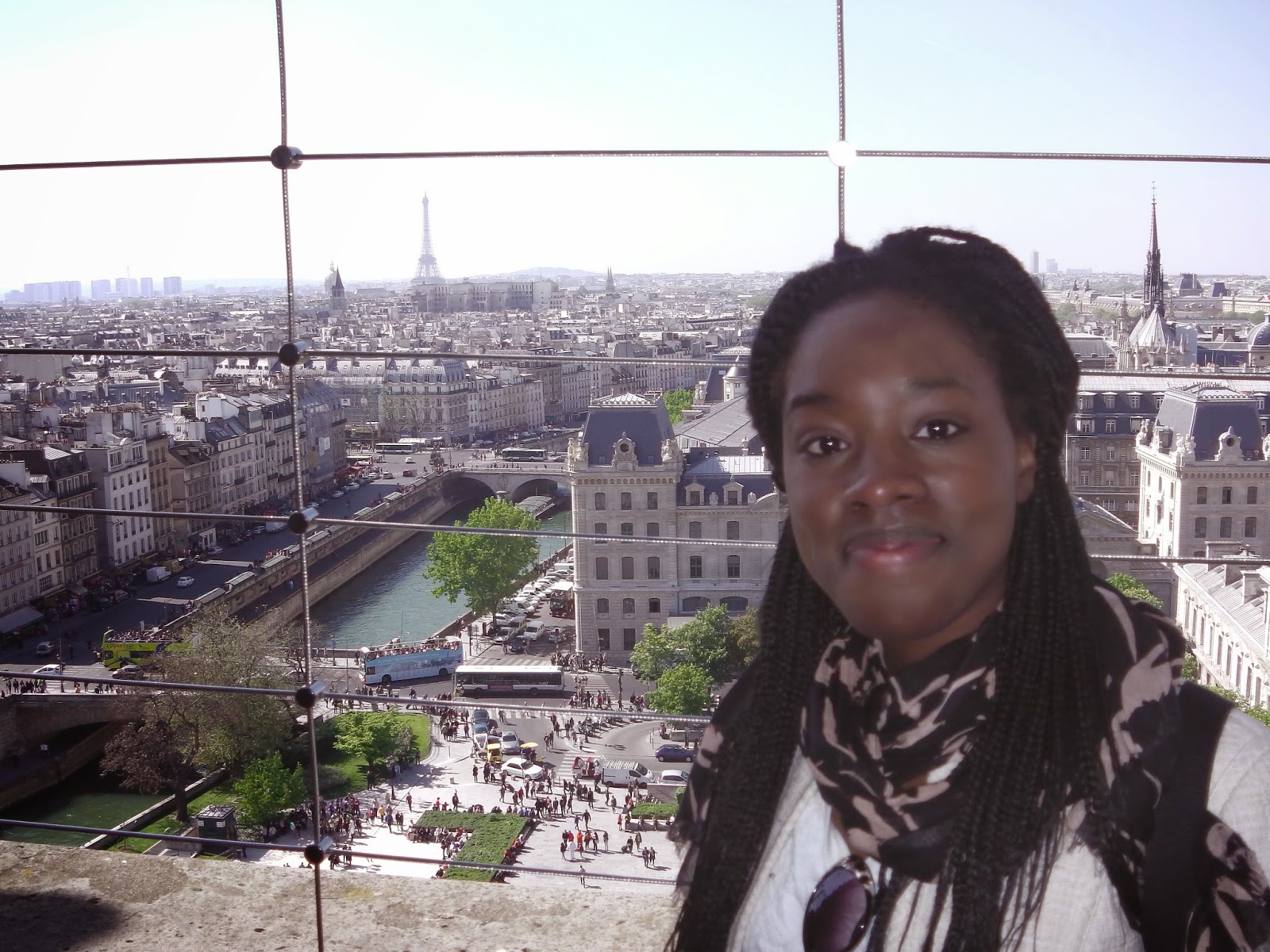 If you’re ever here, once you’ve ventured inside be sure to walk around to the back of the building. There Notre Dame has a really picturesque garden with square trees in pretty rows and gorgeous flowers. It’s a great place for a photo op and, if you’re peckish, there are plenty of street vendors nearby selling crepes, sorbet and baguettes so it’s great place to stop for an al fresco lunch. 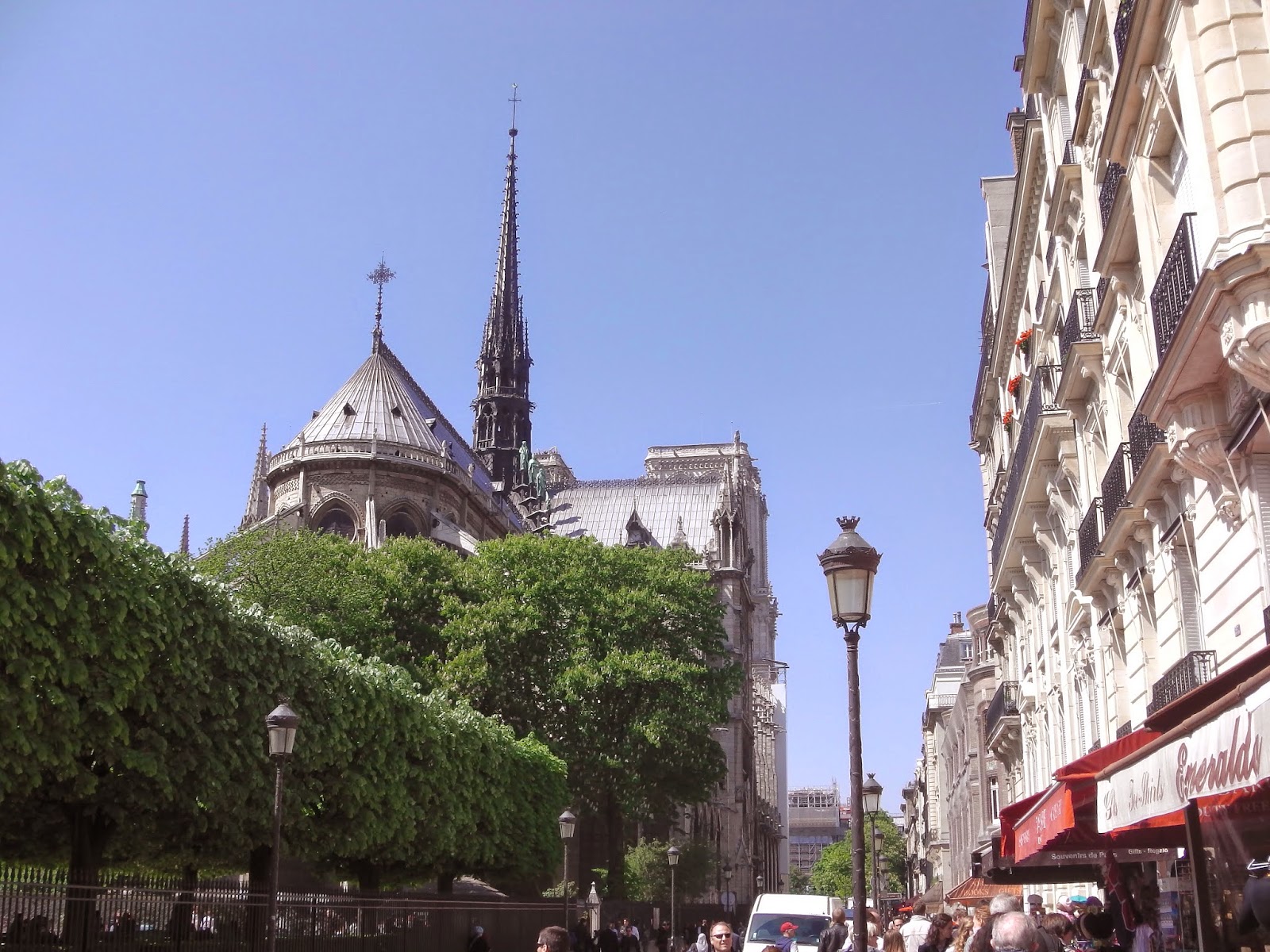 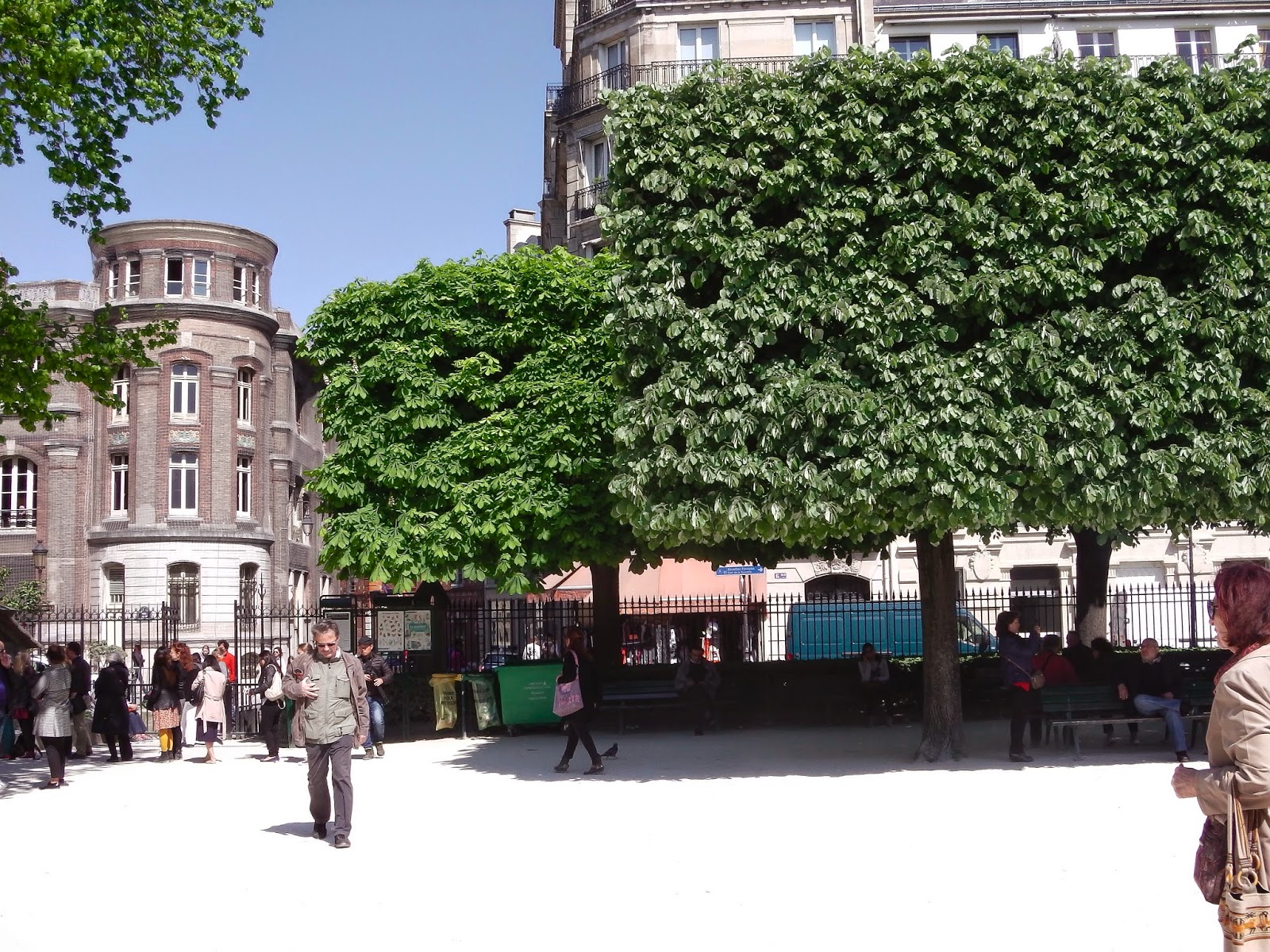 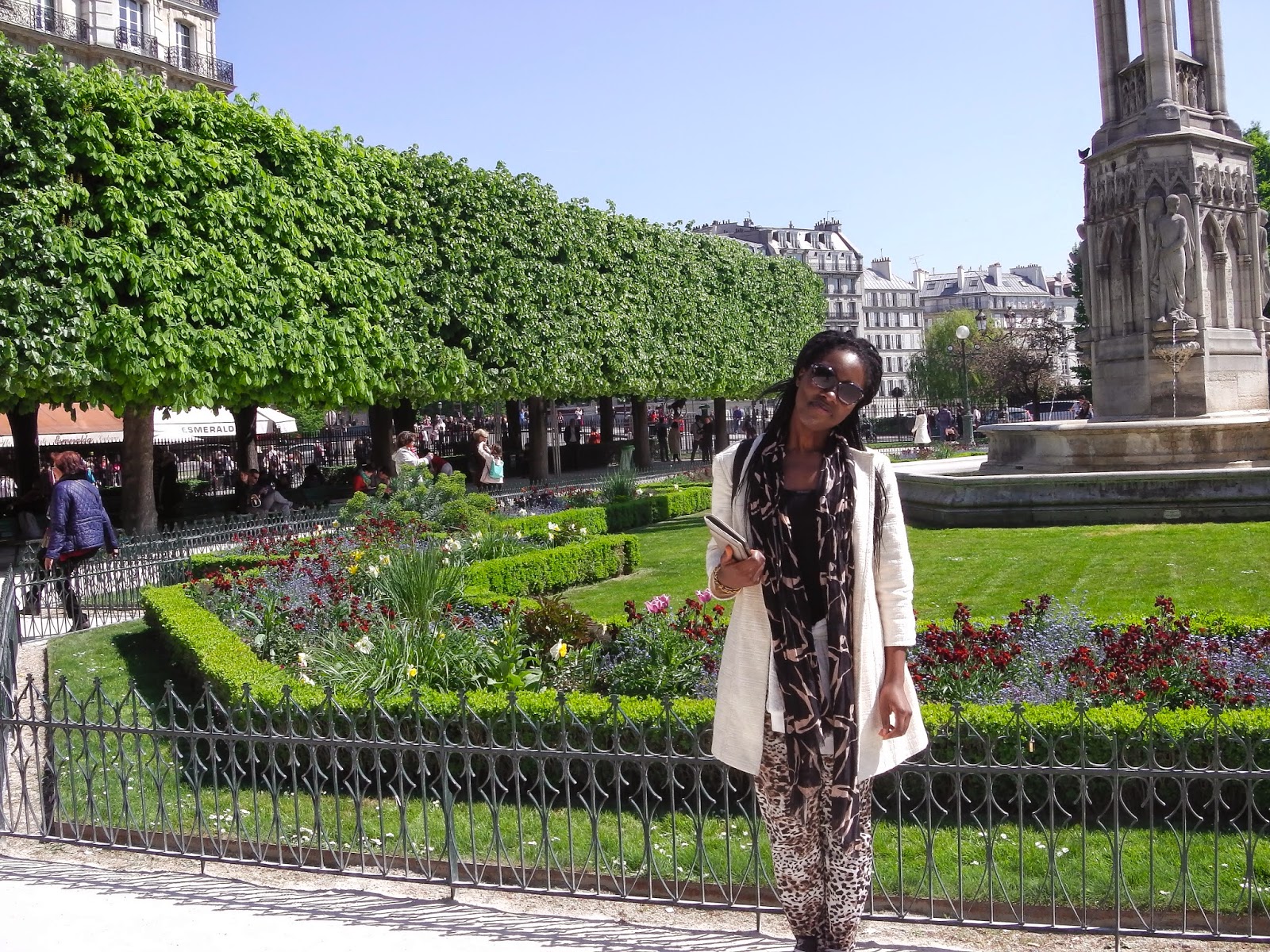 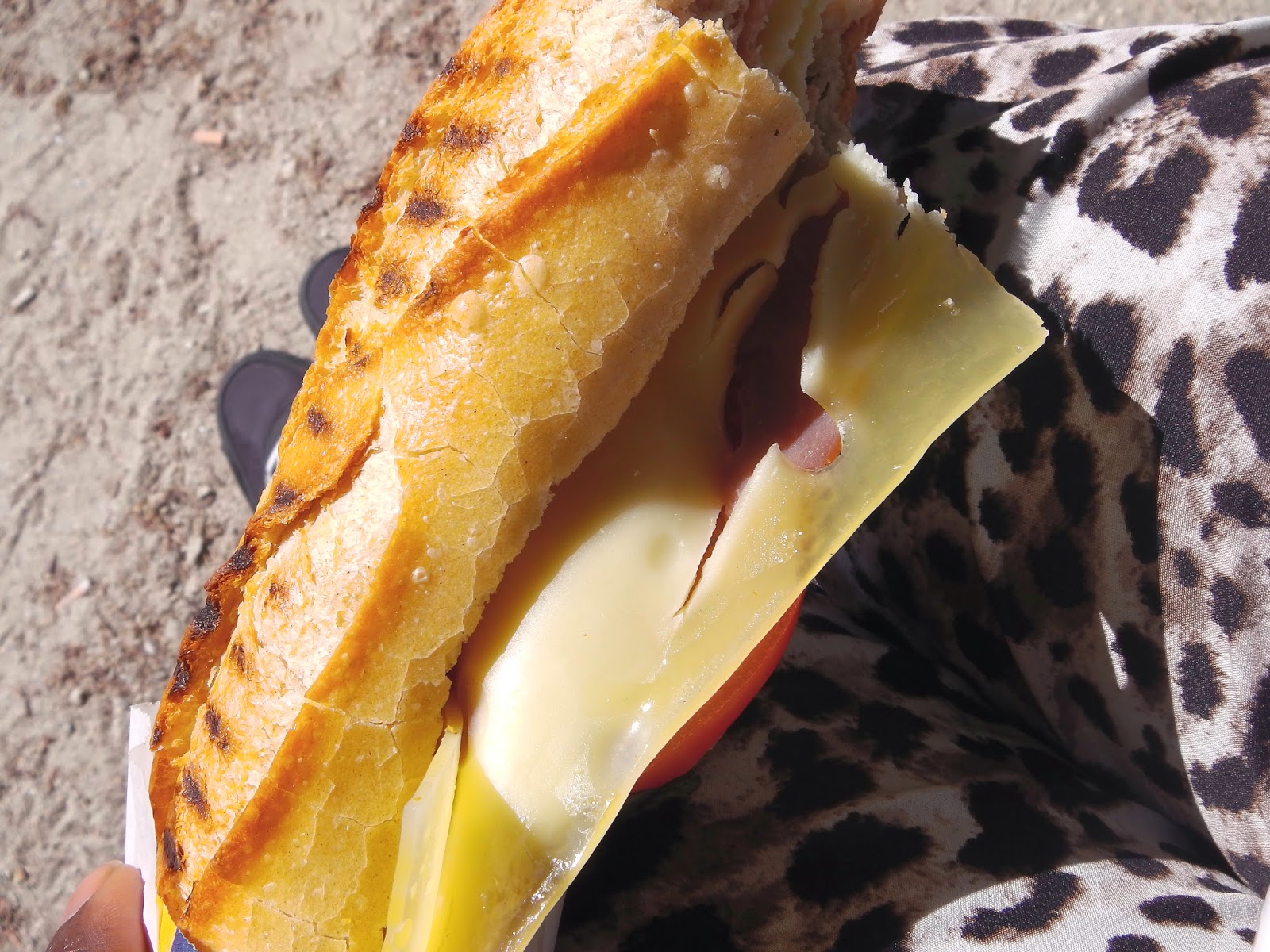 Next we headed to the Louvre. Well, sort of. We didn’t actually go inside because it was such a gorgeous day we wanted to make the most of being out and about. I must say, we were shocked at how phenomenally gynormous The Louvre is. I mean the building is huuuge. The length of this whole road, not to mention really quite beautiful. 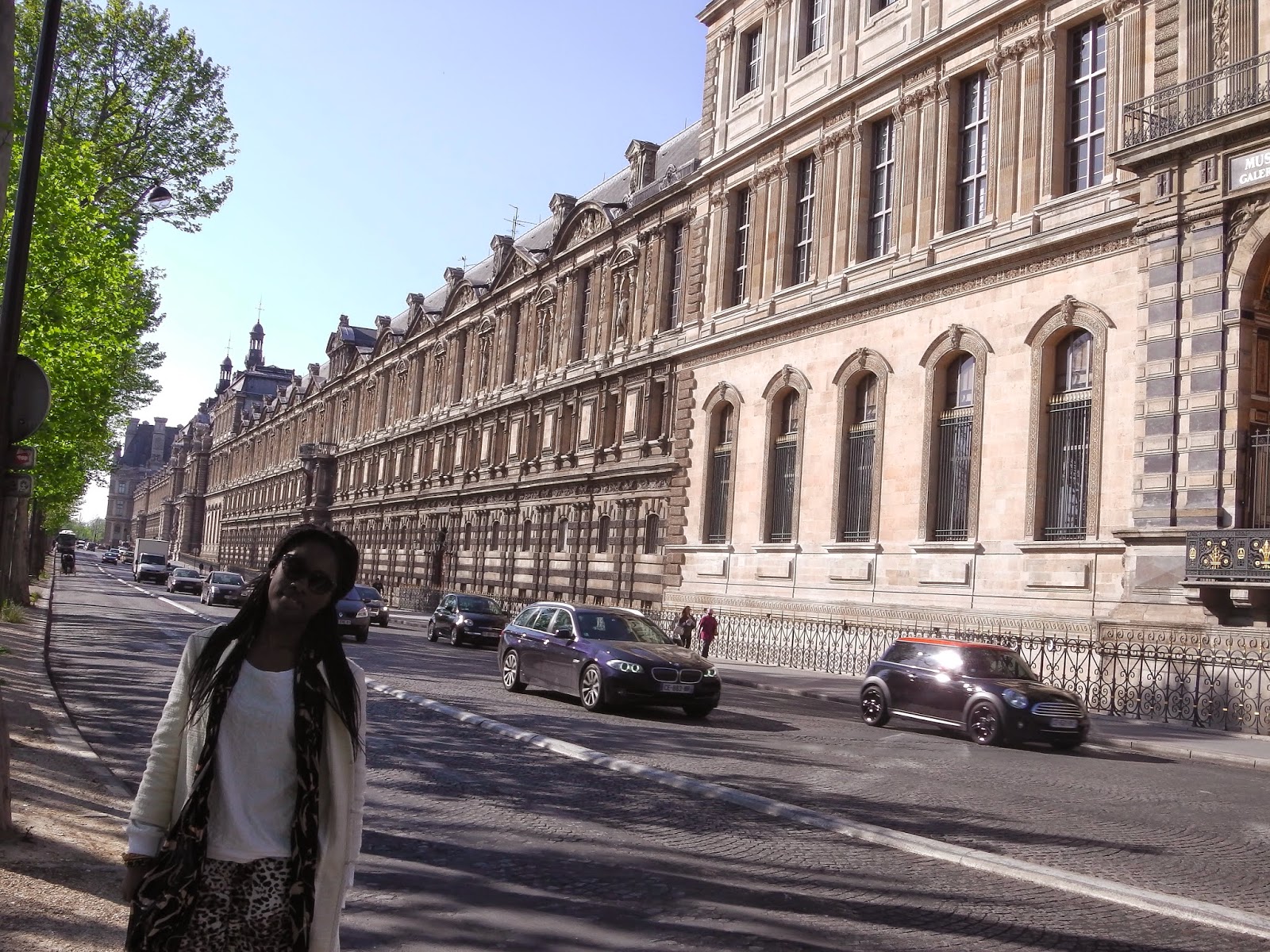 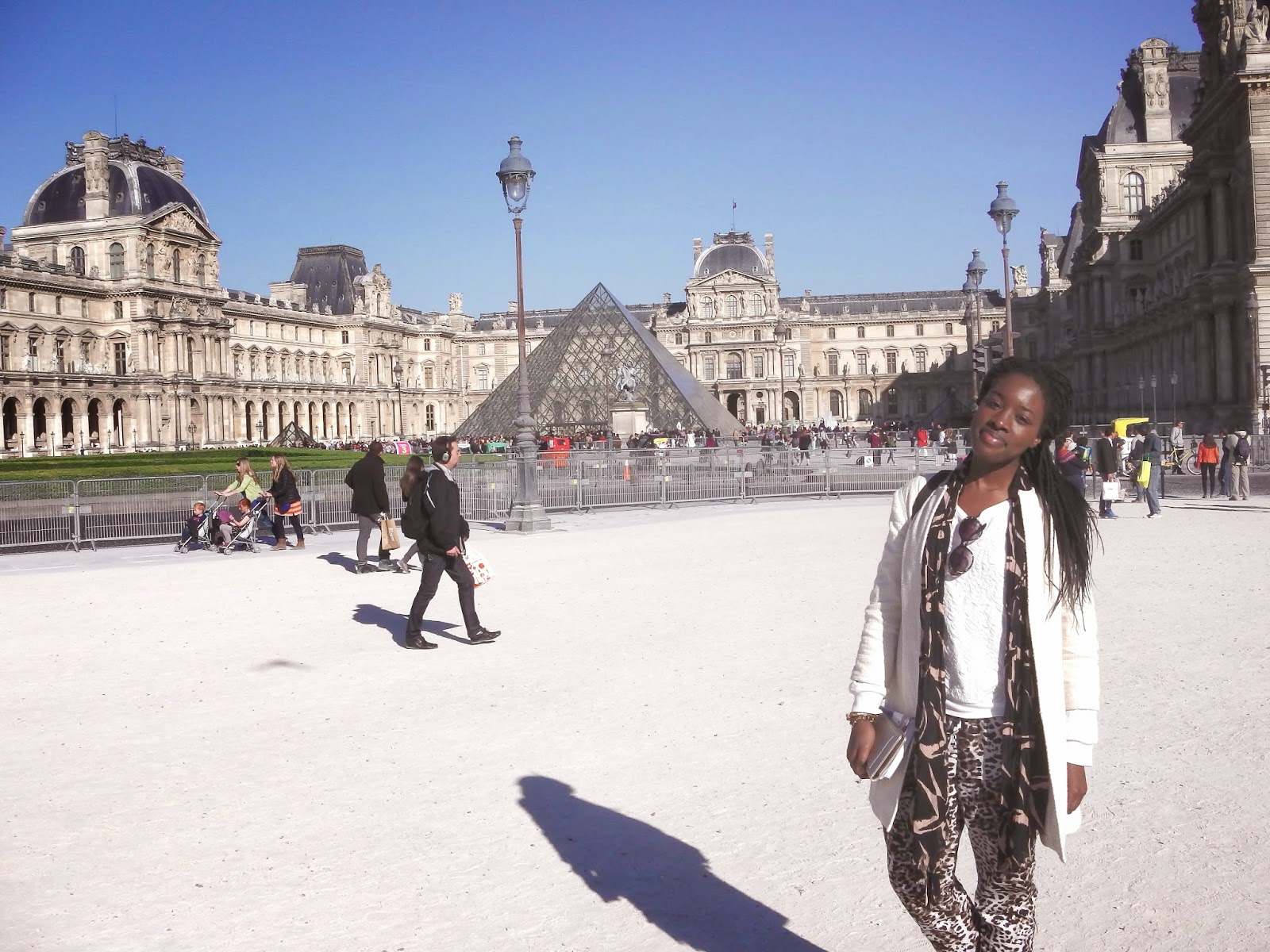 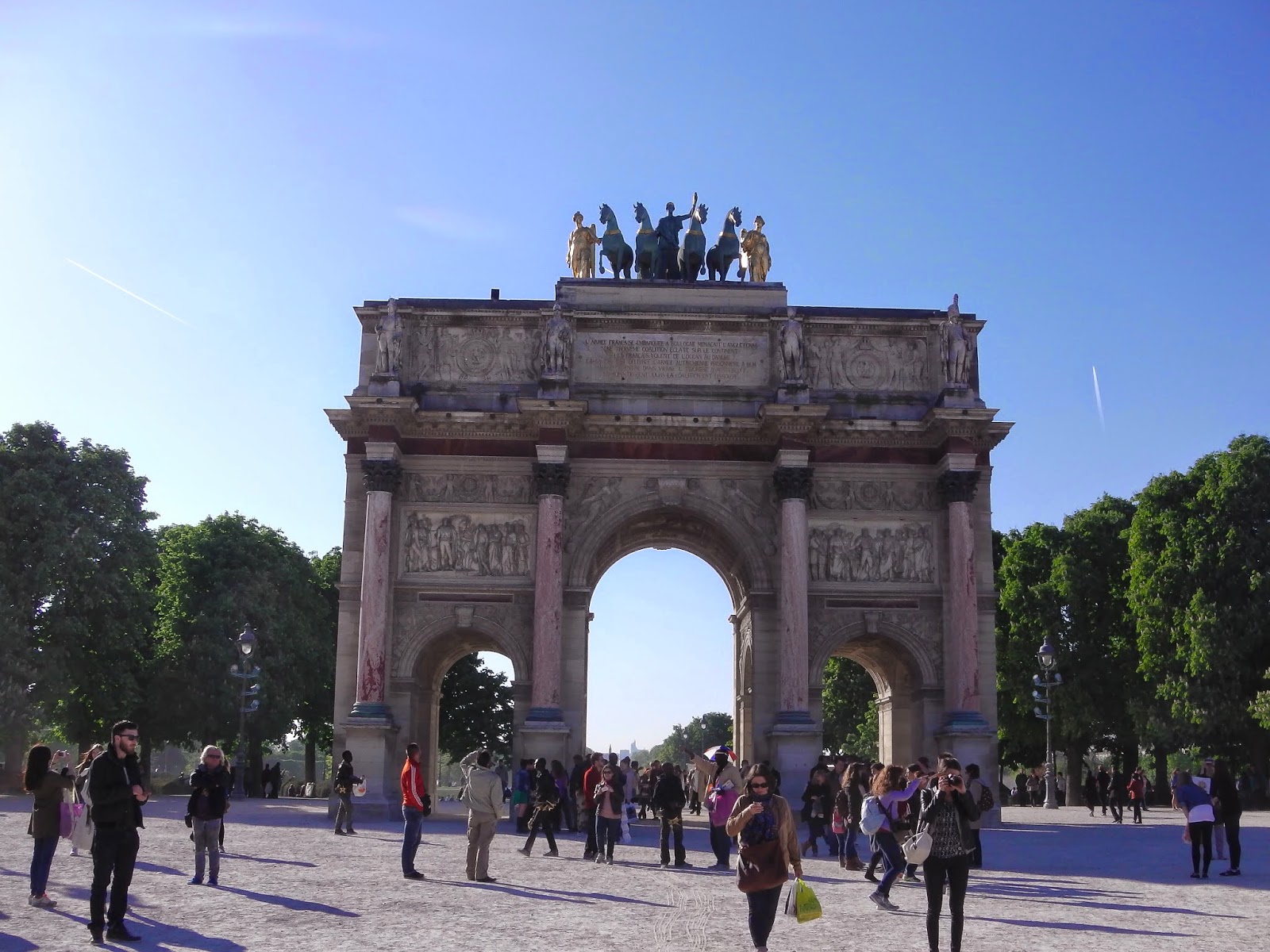 If you walk through the beautiful Alice-in-Wonderland-like gardens next to the Louvre, you emerge at the start of the Champs-Élysées; kind of like Paris’ version of Oxford St but much prettier and with a more chilled out vibe! I managed to exercise some self-restraint and avoid venturing into the many designer (I wish!) and high store stores along here, although I did cave and make one stop at an oh-so-famous macaroon shop… but more of that later! 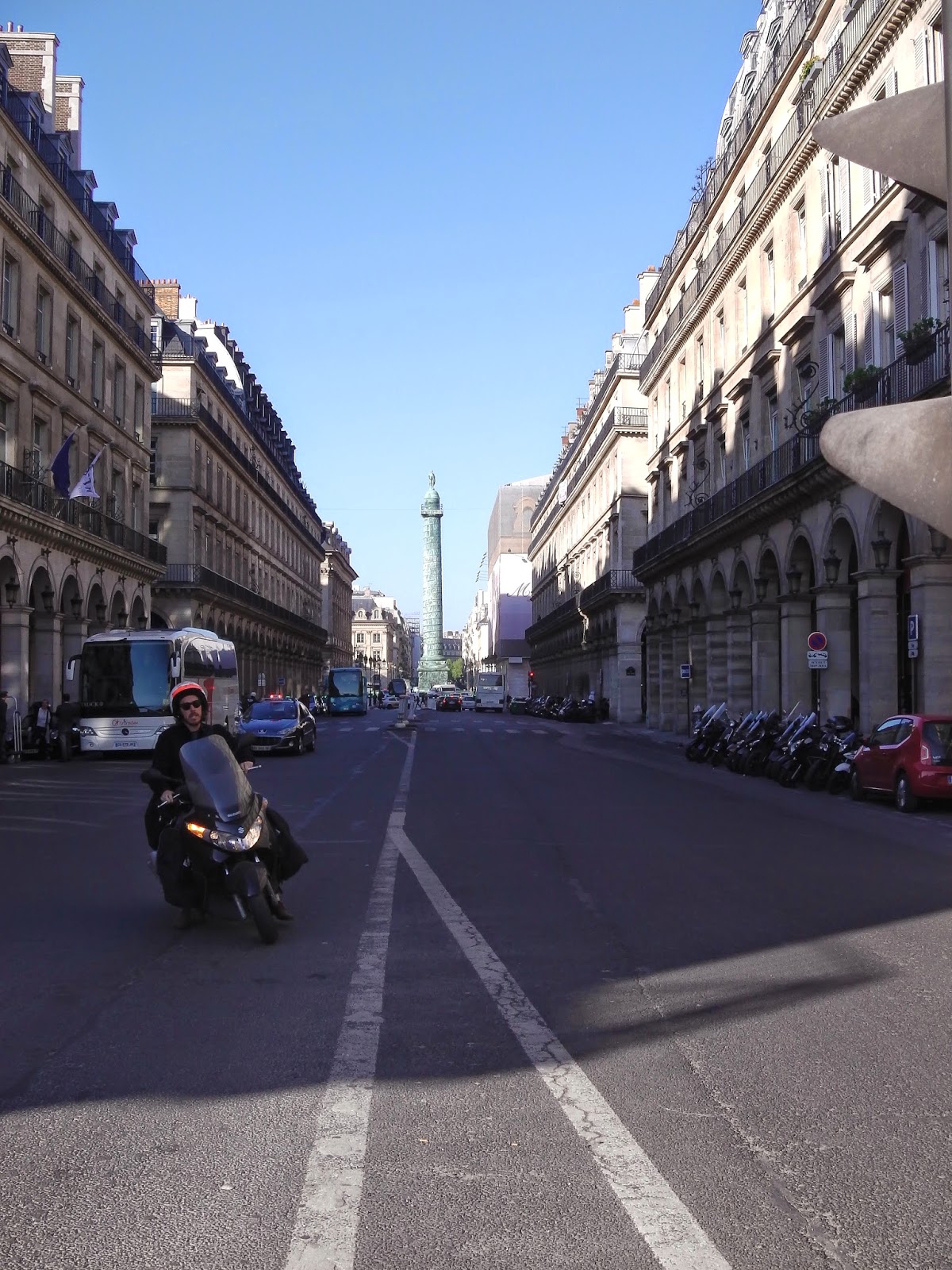 By the time we’d ambled along this road the sun was setting and my thorough pre-trip research (thank you Trip Advisor) had informed us that this was a great time to check out the views from the top of the Arc de Triomph and I must say, we were not disappointed… 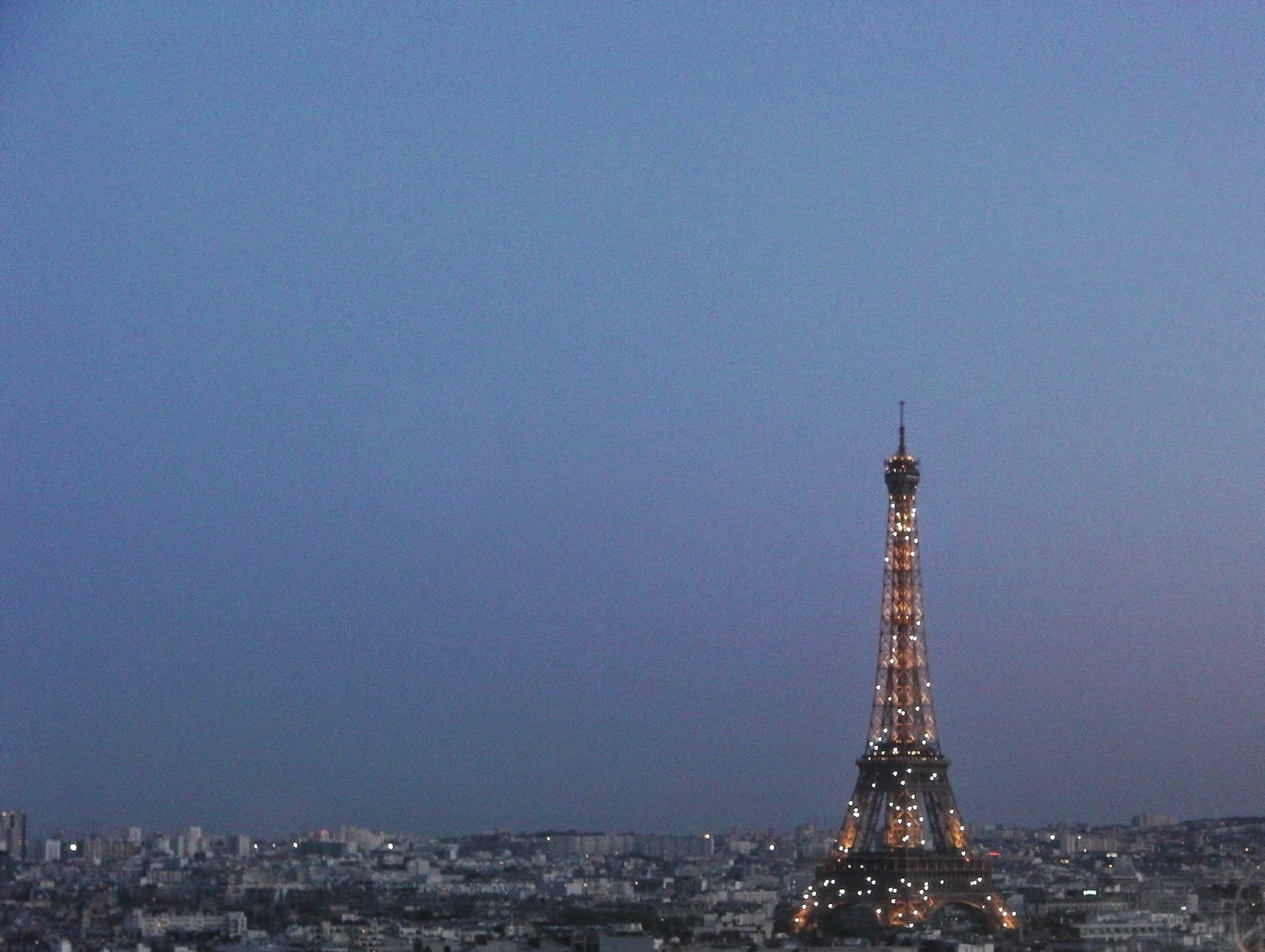 We happened to reach the top of the Arc just in time to see the Eiffel Towel sparkle which was an unforgettable sight ♥. I really want to get this picture blown up and made into a wall canvas for my living room.

After this we headed back to the down the Champs for a chilled out dinner (the restaurant was dimly lit so no photos – sorryyy!) and then jumped back on the Metro to collapse into bed. So that was day one. I feel like that was enough photo dumping for one post so I will put the pictures from days two and three in more posts so remember to come back and check for those**!

**Edit: Day Two of this post is now and you can read it here.