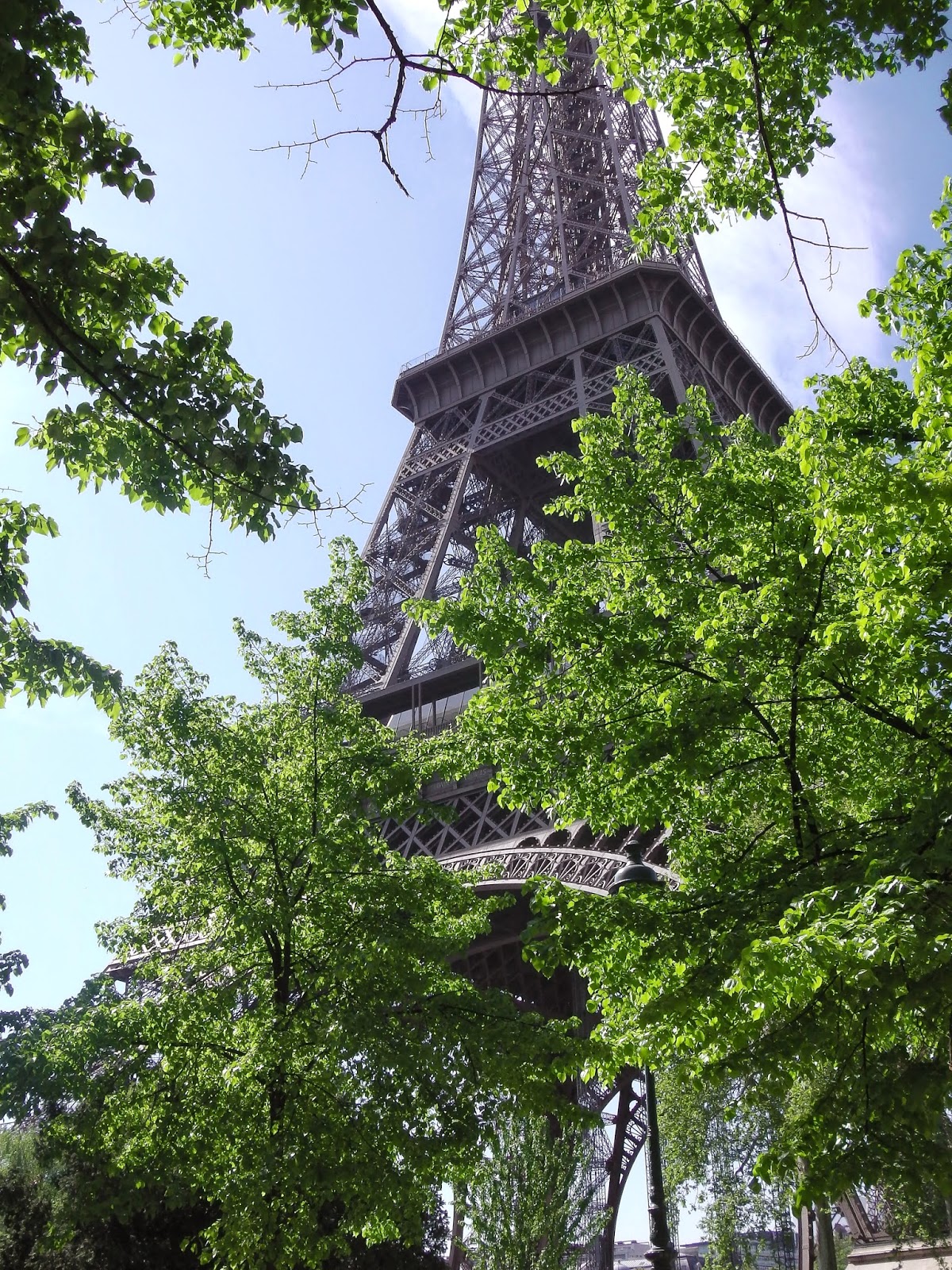 Hi guys, I finally made time to go through the thousands of pictures from the rest of my Paris trip so here’s my roundup of Day Two – the Eiffel Tower, shopping and amazing French food, let’s go! >> 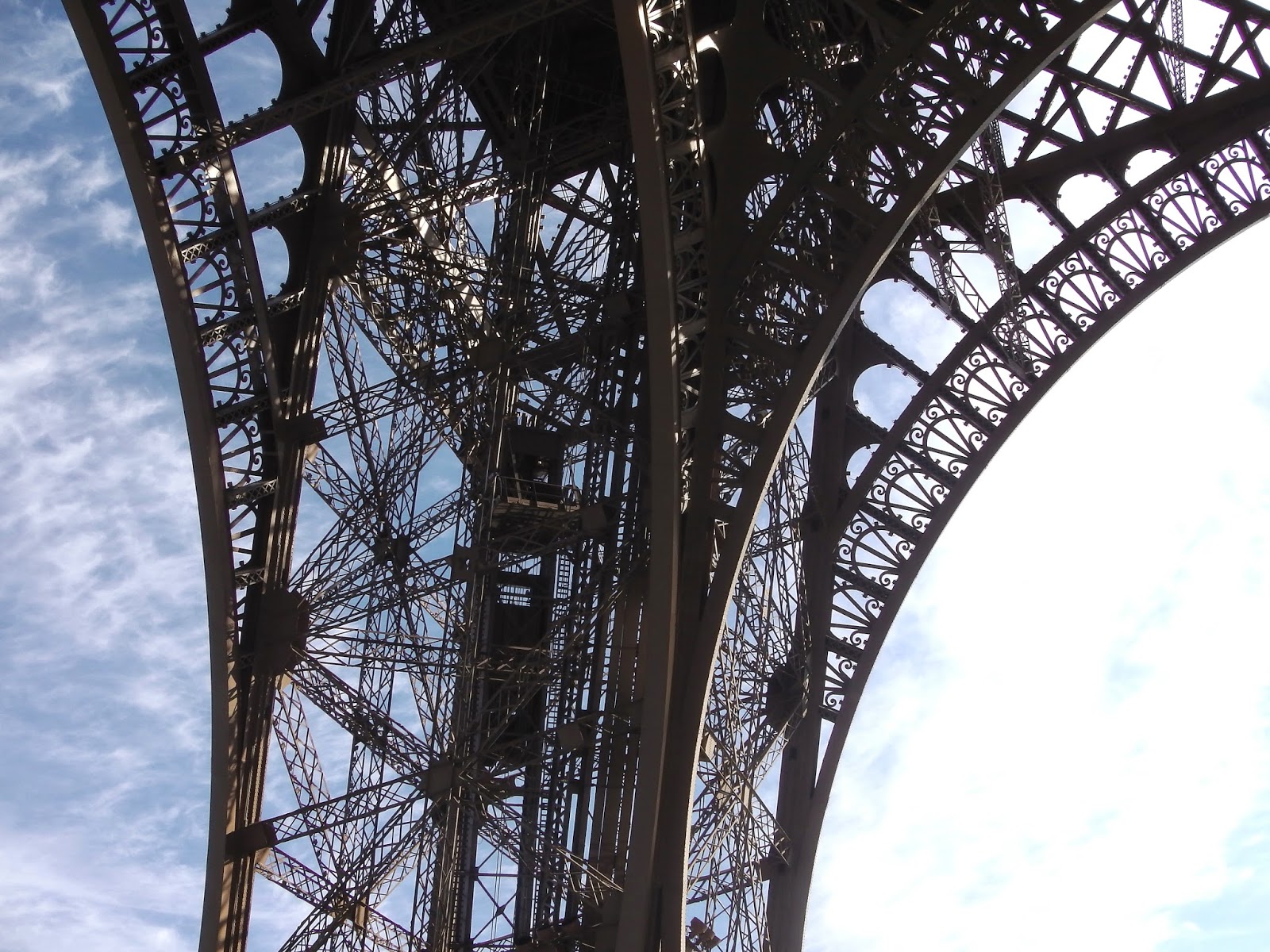 We started day two (my actually 23rd birthday – woowoo!) by getting up early for breakfast and then making our way over to the Eiffel tower an hour before it opened to start queuing as we’d read on TripAdvisor (my no. 1 must-read site before travelling anywhere) that this was best practise. Even at this time the queue was already pretty long but luckily for us there was some confusion over where to queue, as one of the lifts was out of service. At one point people dispersed and made lots of different, much shorter queues and I’m not entirely sure how but we ended up being somewhere near the front which was rather nice indeed!

Once you get inside the structure of the tower there’s more queueing and waiting to get to the various viewing platforms but, as you can see from the pictures, it is well worth the wait. 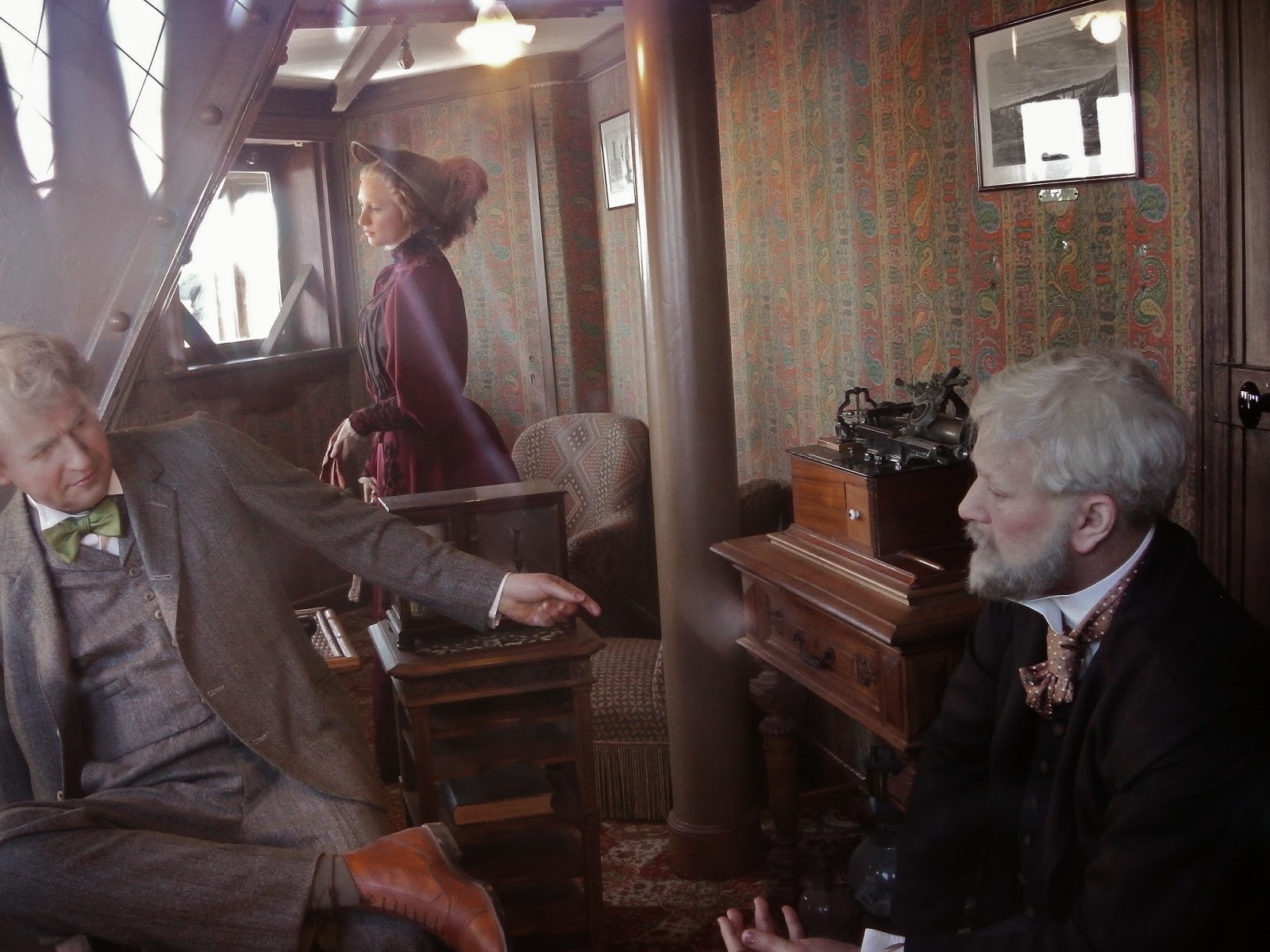 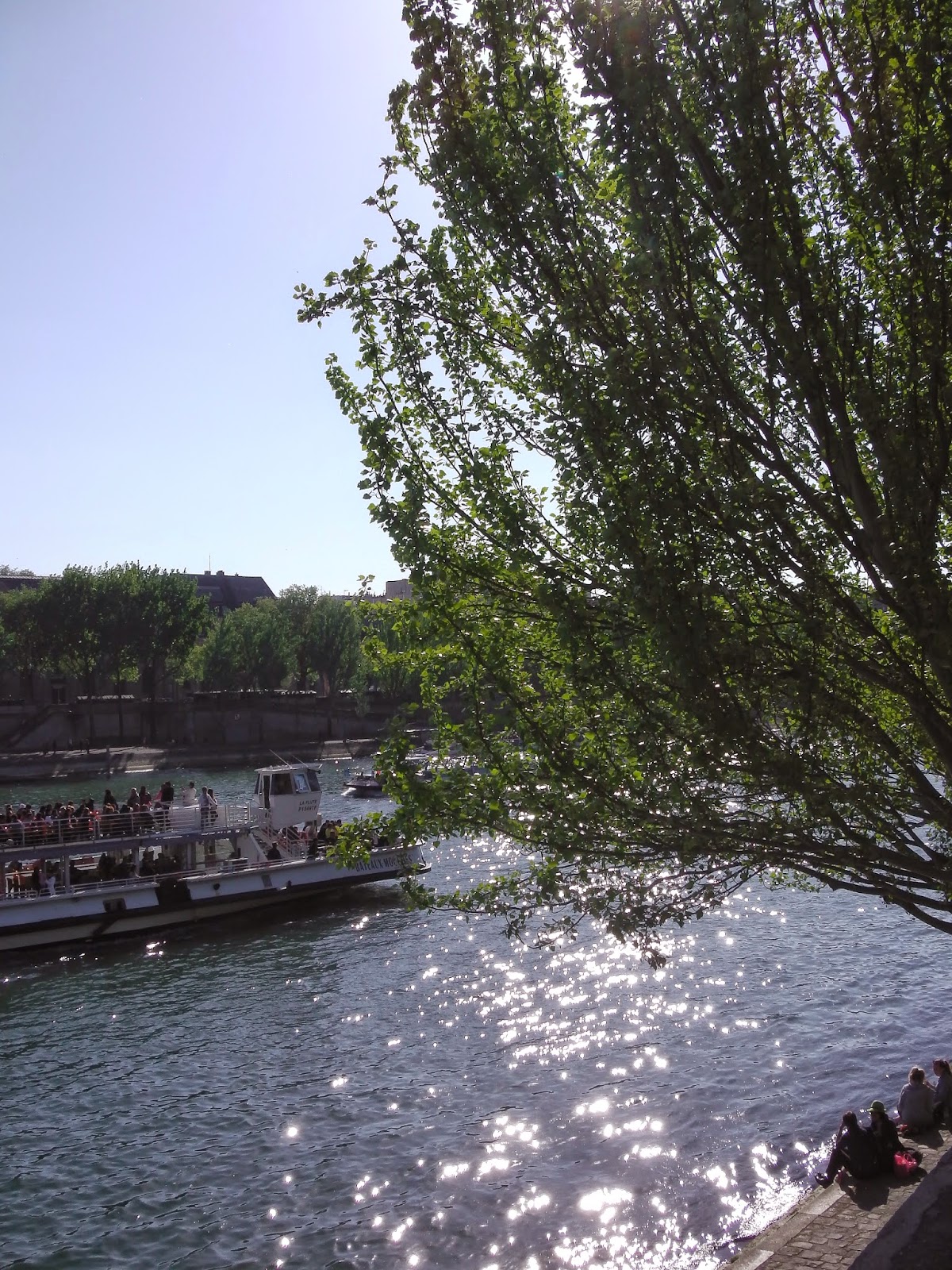 After our trip up the tower we decided to be adventurous and jump on the metro and just see where we ended up. In the end we decided to hop off at Bastille, purely because there’s an English band named Bastille who are becoming pretty big over here and it was the only place we hadn’t been to that we recognised!

We were kind of on a mad food hunt by the time we got into Bastille so we didn’t end up seeing much of the area itself as we went straight into a restaurant but the food was really really good! This was the hottest day of the trip so we decided that it was only right that we sample some French sorbet so we jumped back on the metro after lunch and got off somewhere near the centre of Paris to commence the hunt – I’m sorry I don’t remember exactly where, I was in full-on wanderlust mode the entire trip.

Eventually after stumbling across a hundred sushi restaurants – Paris has a lot of sushi restaurants – weird right? – we found our sorbet! Now, I consider myself quite the sorbet connoisseur having sampled a lot over the years and I have to say that this was, hands down, the most delicious sorbet I have ever tasted. I got one scoop of mango and a raspberry and it was to die for. As you can tell from the photo I made a big deal of scraping off super-thin layers, savouring the flavour of each slither. I think I managed to make it last me a good hour – pretty good going I’d say. 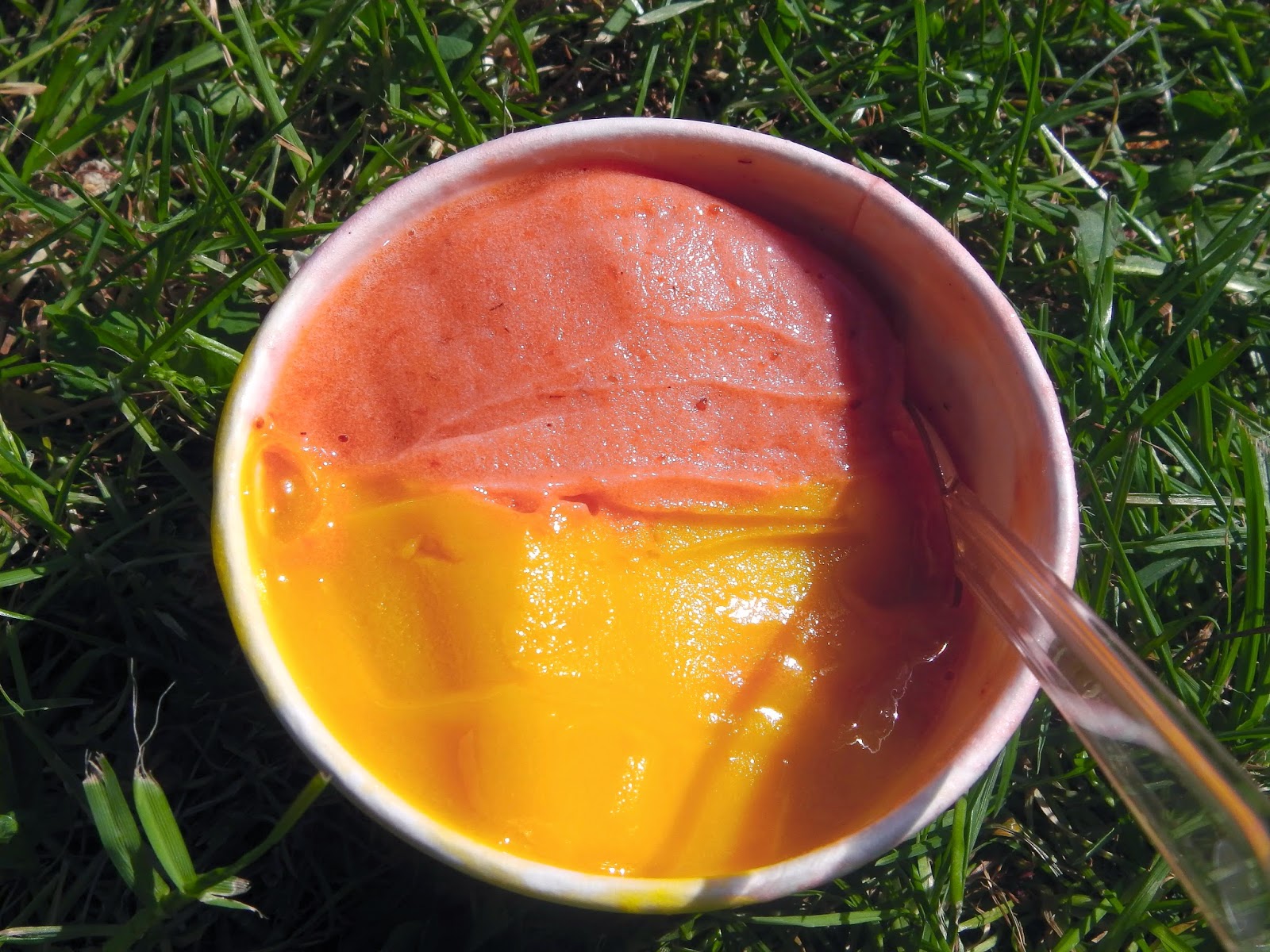 So we found a park in which to join the other sun-seekers and we just sat, chilled and enjoyed our sorbet for a while and then we laid our heads on our backpacks and dozed off for an hour or so. Utter bliss. 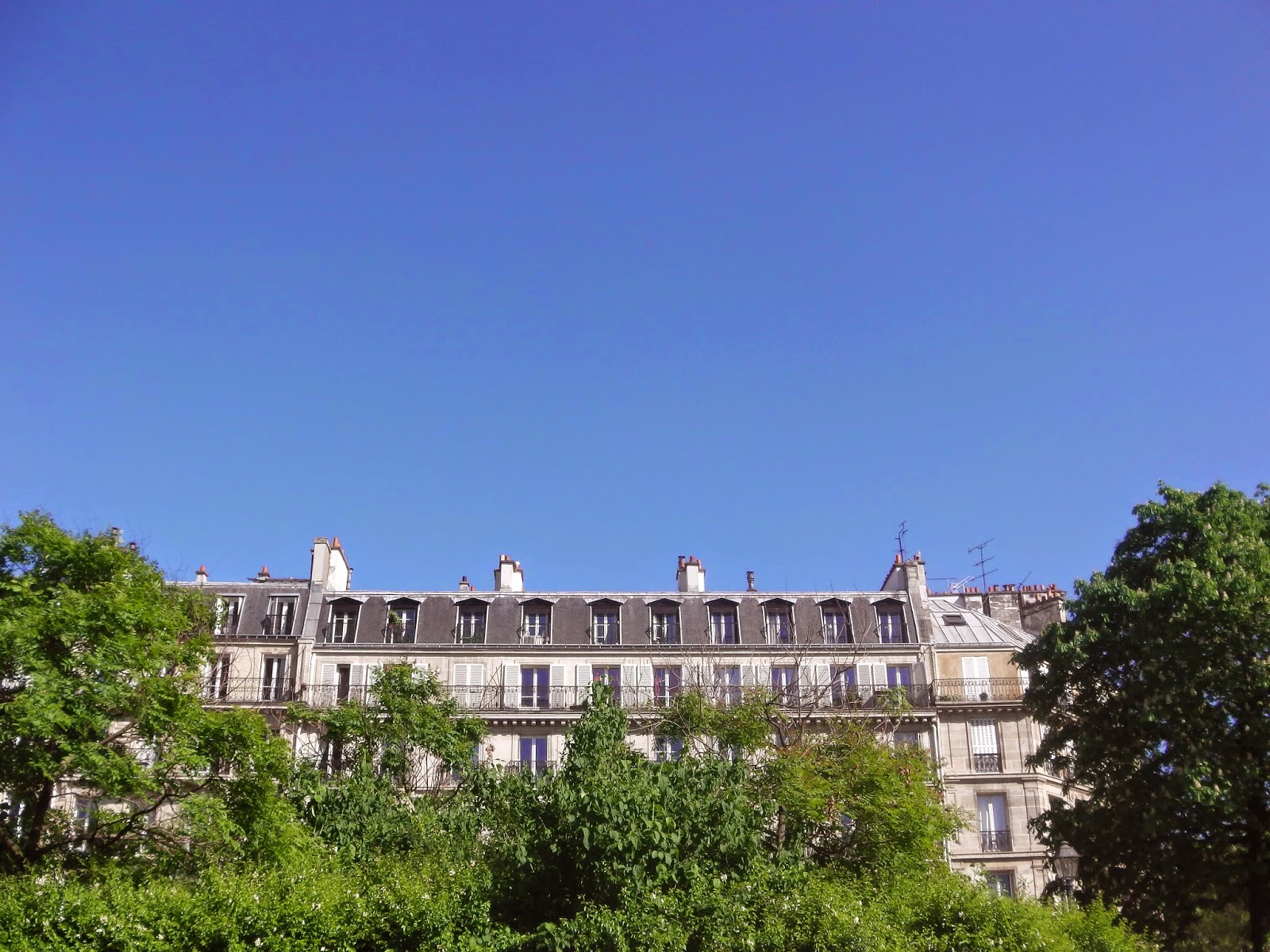 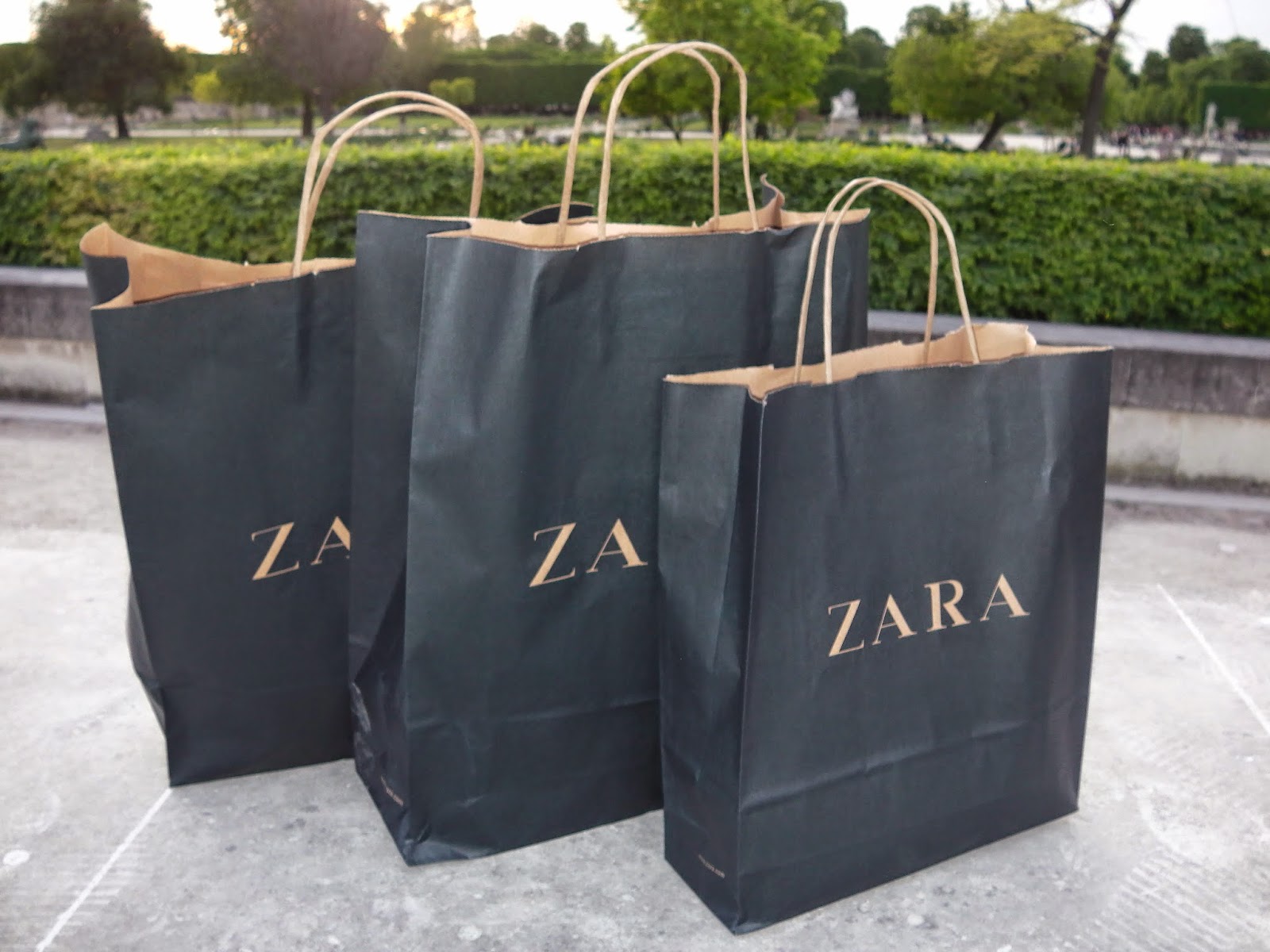 When we finally dragged ourself out of the park I noticed a Zara across the street so naturally, we had to go in! I felt like it wouldn’t be right if, as fashion lover and a fashion blogger, I didn’t make at least one purchase in Paris so I used my birthday money to treat myself to some pretty slick leather pants which I’ll show you in my next haul video on my YouTube channel. My boyfriend even picked up a couple of things for himself – as suggested by me of course. After this is was time to make our way back to the hotel to start getting ready for dinner so we ambled back, purchases in hand.

We hadn’t fully decided on where to go for dinner on my birthday. We’d seen a few places that might be nice, a creparie up the street from the hotel, a very traditional looking restaurant across the road and, of course, the many many sushi restaurants dotted around. I had had in my head the idea that I wanted to go somewhere with a view of the tower for my birthday dinner… Before we left I’d even considered splashing out on a meal at the famous Kong restaurant, as seen in SATC, but a friend who had been there, advised me that you have to book weeks in advance for a chance of getting in and even then you’re likely to wait 90mins to be seated and are not guaranteed a great view and I decided it’d be a shame to spend all that money for the risk of a long wait followed by a crappy view.

So anyway at 9.30pm that night, after being distracted by too many episodes of my Friends box set watched on my laptop, we still hadn’t decided where to go and it was getting late so we decided to just settle on the little restaurant across the street as we were pretty tired and by then I just wanted a nice, simple dinner to commemorate the day.

This ended up being the nicest dinner I’ve ever had in so many ways. First of all, the restaurant was so incredibly charming. It was small and intimate complete with those oh-so-French red chequered table clothes and the staff we really friendly. I ordered the French chicken and mashed potatoes. Now, I know I keep saying this about everything and I’m sure that, to some extent, the allure of Paris was tainting my judgement a little but I can tell you that, at the time, I was sure that it was the most delicious chicken I have ever tasted. I’m not even a huge fan of chicken generally, especially if it’s not spicy, but the simple, French gravy was buttery and delicious and made the chicken melt-in-your mouth good and I’m always always an advocate of mash. Or any kind of potatoes for that matter. I’m a carb hound! The food was also really really reasonably priced, especially when compared with the meal we’d had the night before along the Champs-Elysees – €13 for fruit juice – say whattt? – One of the perks of dining outside of the city centre.

But, the best part of all was noticing something in the corner of my eye at one stage and looking up only to see that I had perfect view of the Eiffel Tower, shimmering on the hour, just as I’d dreamt the whole time – amazing. 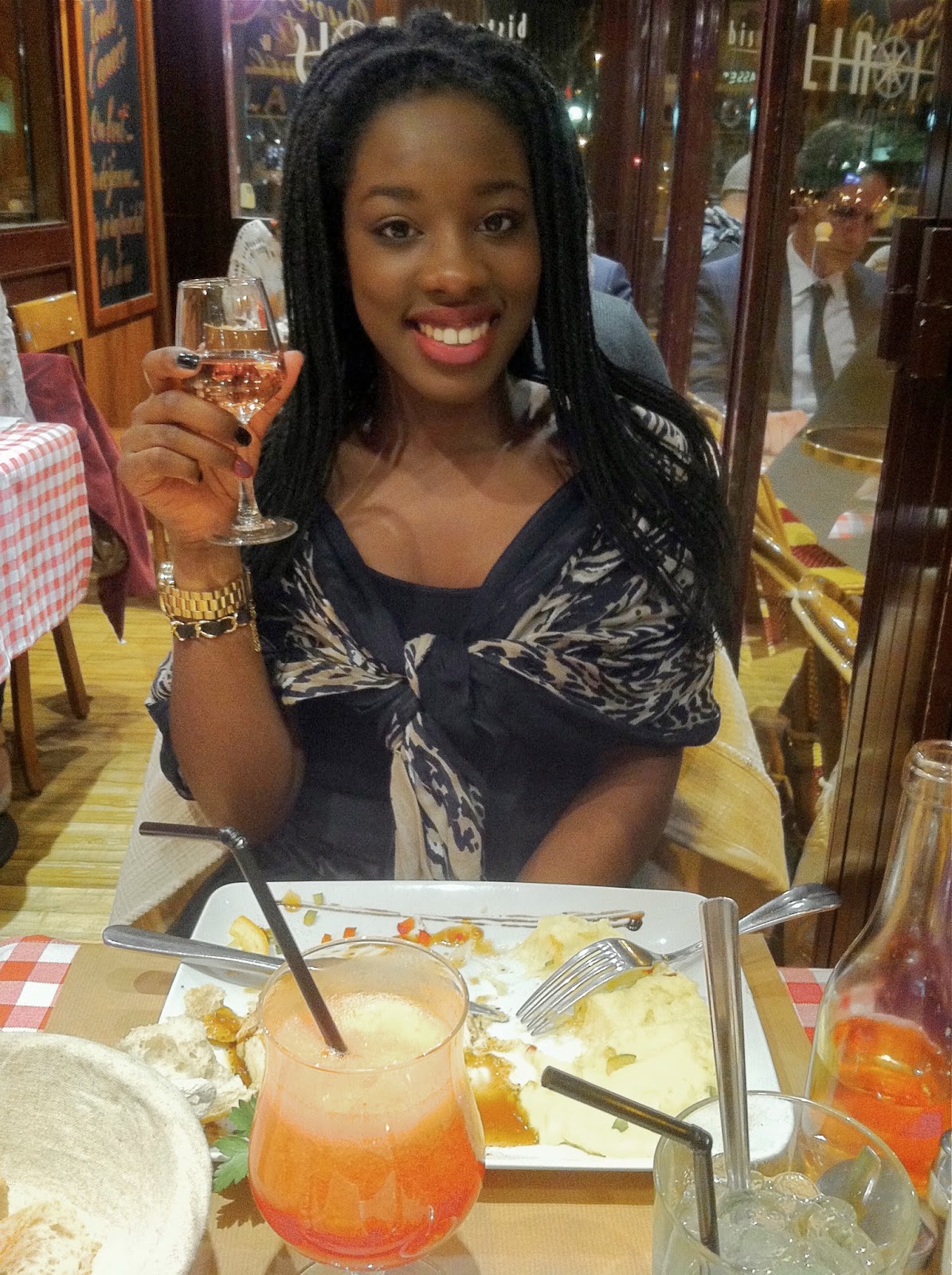 I also indulged in a slice of lemon meringue pie for dessert which was, as you’ve guessed, delicious!

For birthday meal I decide to work the Parisian chic look so I wore a simple, fitted LBD with a scarf, a feminine white coat and pointed heels. Makeup-wise I went for a smokey eye and classic red lips to finish the look. 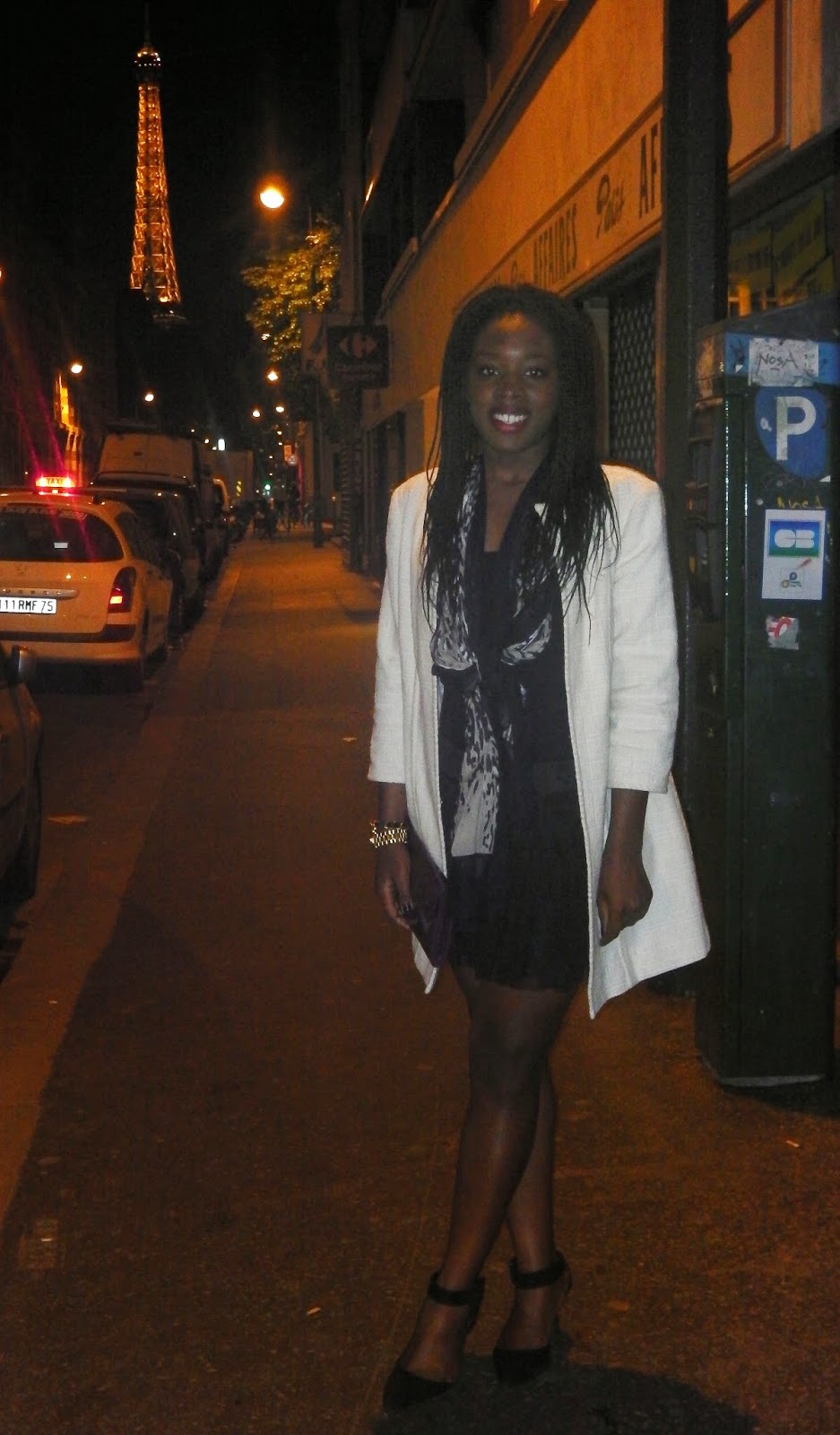 After dinner we were pretty tuckered out so we headed back to the hotel to sink into our PJs and watch some more Friends while we pigged out on our favourite French snacks (we were fully stocked up on French sweets and crisps during this trip). It was a great end to a really great night.

So that was Day Two of my trip to Paris! If you missed Day One you can catch up here and I’ll post the pictures from my third and final day in Paris very soon – I promise it’ll be quicker to come than the first two posts – I’ve actually already written that post already so keep your eyes peeled! ;).

*Edit*: Day Three of my Paris trip is up and ready to read here.

Thank you for reading! If you like my posts pretty please let me know by following this blog with bloglovin’ below or by using any of the easy links in the sidebar!