Hi guys! As I’ve been so busy setting up Made by Jade in the last few weeks I’m only just getting around to posting my pictures from Notting Hill Carnival (sad face). Still, I figured that they’re too fun to just sit in my iPhoto library so here you have it – a retrospective overview of the carnival with details on what goes on there, just in case you’ve never been! 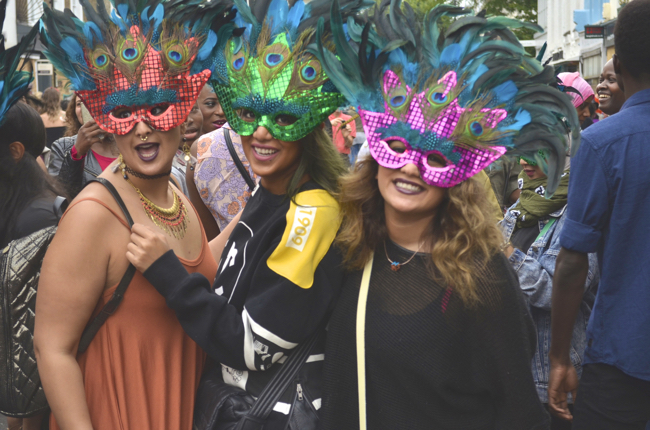 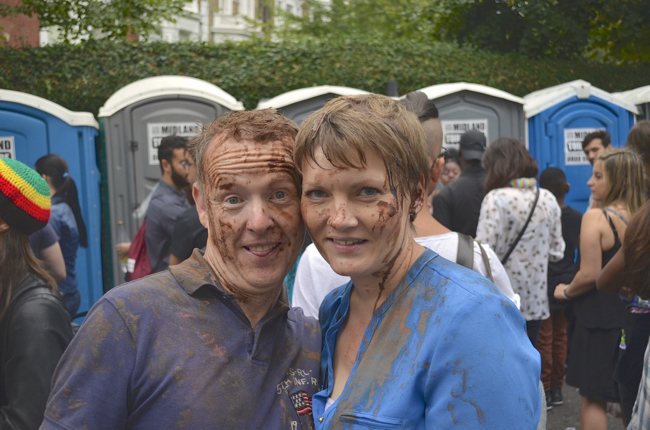 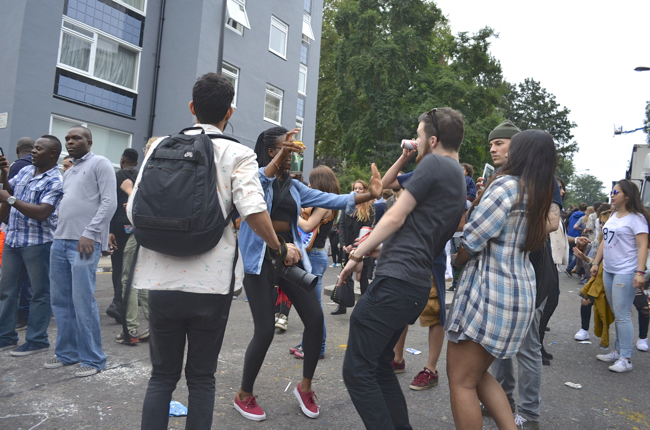 Set over the August bank holiday weekend, the Notting Hill Carnival is one of my highlights of summer! I’ve been coming here for over ten years and I absolutely love it. In a nutshell it’s a massive street party!

LOTS more pictures after the jump! –>>

The entire carnival spans across several interconnected streets of Notting Hill in West London.  The whole things is centred around a parade of decorated floats carrying brightly (and often scantily) clad dancers and musicians. The floats drive slowly in a procession around the area from mid-morning until the early evening, blasting a Caribbean music for everyone to dance to as they go. 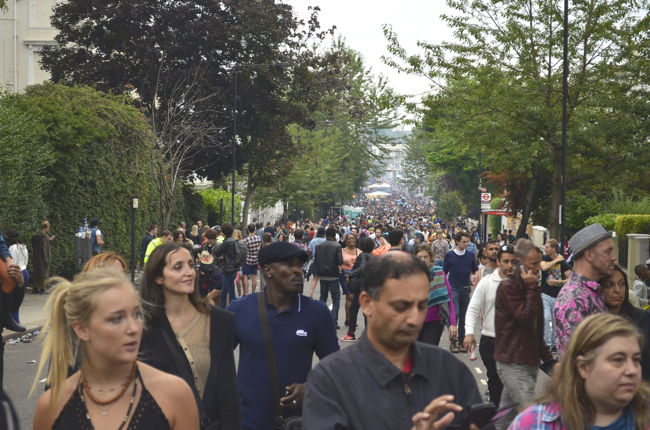 The carnival is free to enter so it always draws a huge crowd. It’s the perfect day out at the end of the summer when everyone’s broke as you only need a few bob (that’s pounds to you non-English folk) for any drinks or street food you might want. 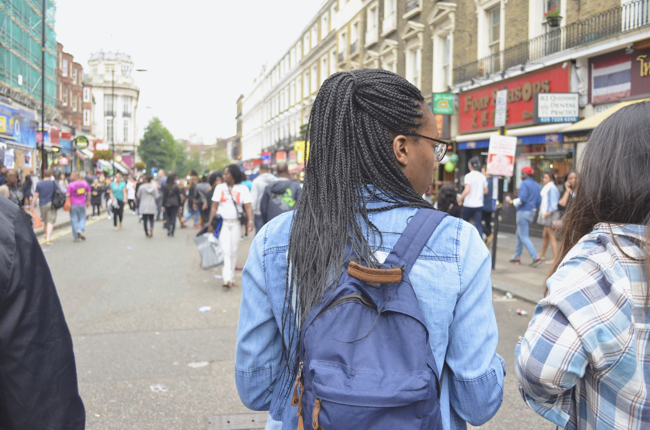 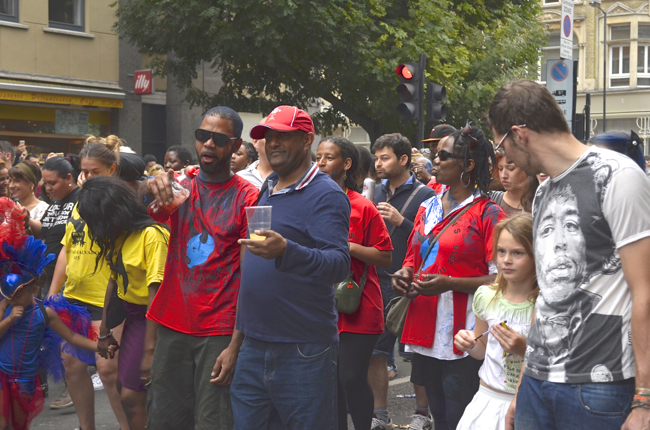 The roads around the procession are usually cordoned off in sections to keep the crowds on the pavement and out of the path of the vehicles (but it’s not hard to sneak under the barriers which everyone does, so they needn’t bother!). 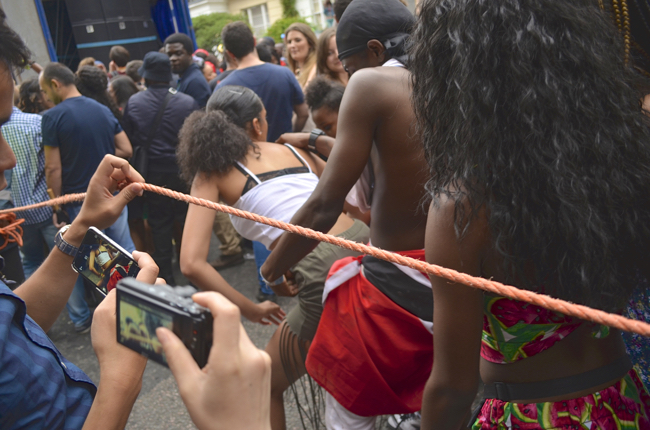 There are always some colourful characters around (cheesy pun intended). This was the first year I took my camera and it was so much fun to shoot here, there is something fun to photograph at literally every turn. So fun in fact that George (boyfriend) stole my camera from me for half of the time so I have to credit him as half of these photos are his (the crappy half of course, we can’t let him get too much credit can we!). No JK, his pictures are great! I’m working on making him my full-time blog photographer… 😉 . 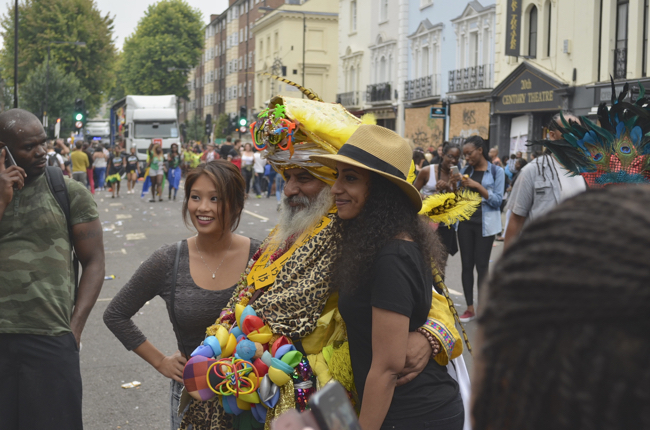 It’s so much fun to dress up at the carnival! I really wanted to make a multicoloured floral headband but I just didn’t get time in the end because of all of the stuff with the store. Next year!

We got there late afternoon (of course) but apparently earlier in the day a group were walking around throwing paint at all the partygoers! I think it’s machine washable – it must be right? – but still, can’t say I was sorry that we missed that!

You can’t go to Notting Hill Carnival and not dance! Well, you can but what’s the point?! Everyone is in such a friendly, jovial mood at the carnival, the atmosphere is infectious. The weather was pretty decent on this day but when it’s sunny the vibe is INCREDIBLE!!!

Sometimes the atmosphere is a little too friendly haha! This random guy started dancing with my sister and, as you can see, she wasn’t feeling it! It was fine though, you just laugh it off and say, ‘Haha thanks but I’m just gonna dance with my friends…’. They get the hint eventually! 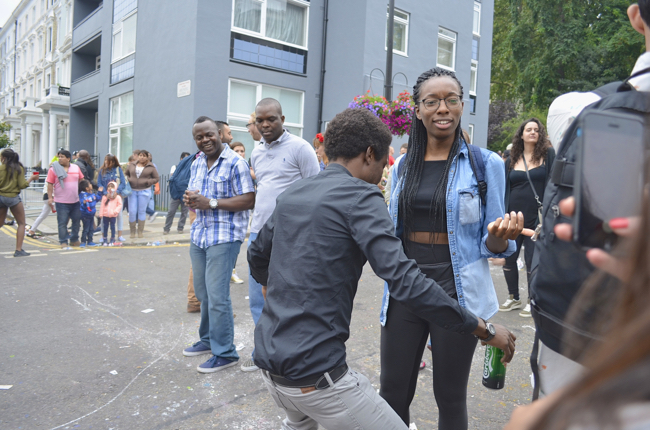 A lot of people ask about the toilet situation at Notting Hill but it’s fine, as someone with a distictively teeny bladder I can assue you that there are port-a-loos on every corner. The queues aren’t bad and, as far as port-a-loos go, they’re pretty clean. Put it this way – if you can survive Glastonbury for a weekend then you’ll be just fine!

As well a great music, the carnival has a vast range of delicious street food vendors selling everything from Jamaican jerk chicken with rice and peas to bbq’d sweetcorn, hotdogs and ice cream so there’s something for everyone.

Some people worry about safety and the Notting Hill Carnival but 99.9% of people are just there to have a good time. I’ve been going since I was a child and I’ve never had an issue. There are police literally everywhere you look anyway, as with any large event in London and the few incidents that there have been tend to happen at night when the idiots come out to cause trouble so if you’re worried just stick to the daytime. Although kids attend both days, the Sunday is known as ‘Family Day’ which is usually a bit more calm so that’s always a good day to go if you want extra security. 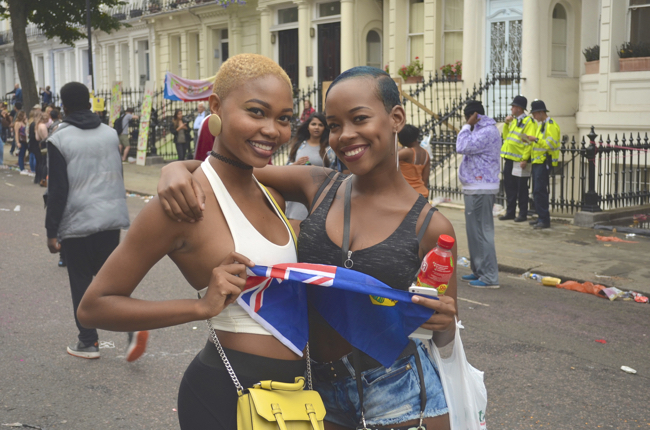 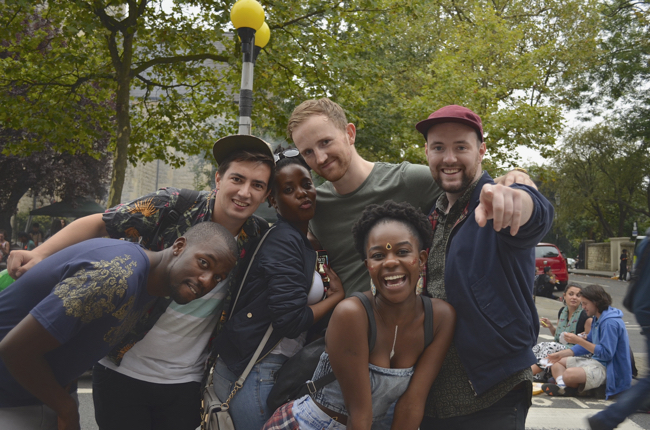 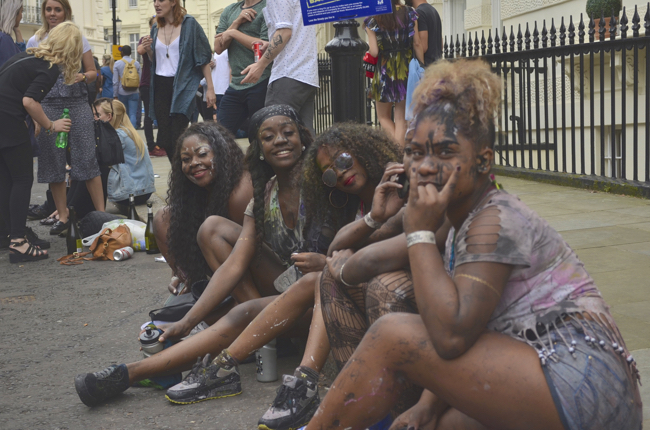 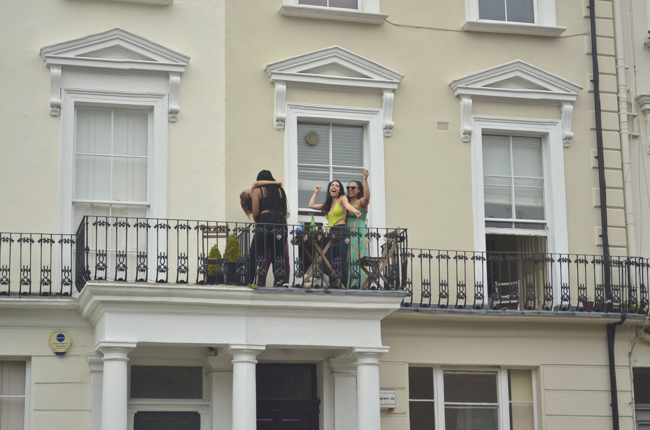 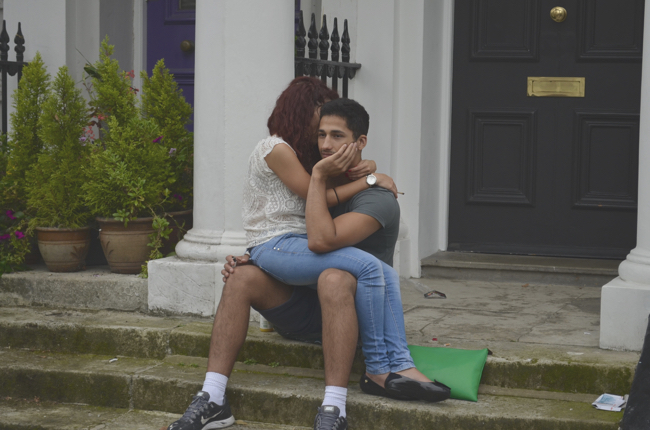 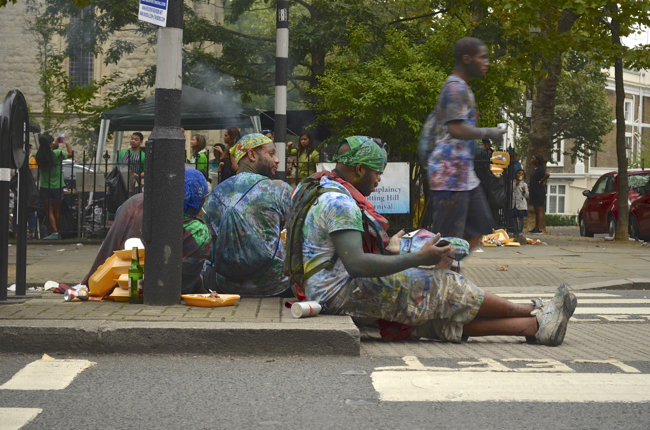 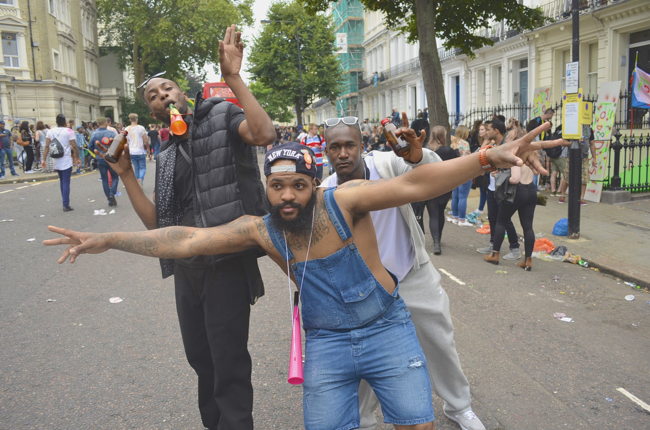 Here’s a little video footage so that you can get a feel for the atmosphere… Sorry it’s quite poor quality as Blogger won’t let me upload a file bigger than 100MB – fun times!

I actually have even more photos but I didn’t want to dump there all here and have this page load really slowly I’ll upload them here on my Facebook page instead. If you’re in London next summer and have the opportunity, I hope that this post has persuaded you to go! It’s honestly so much fun and it’s FREE!!