I wasn’t even planning on writing a post today but I stumbled across something I think is so important that I feel compelled to write about it and spread the word. When I got home from work this evening my boyfriend asked me if I’d heard about ‘this Australian Instagram model’ who has re-captioned her Instagram posts to be truthful. No sooner had he finished his sentence than I pulled up an article about it (seriously, he even commented on my lightning fasts Google action) and started to read, incredibly intrigued. 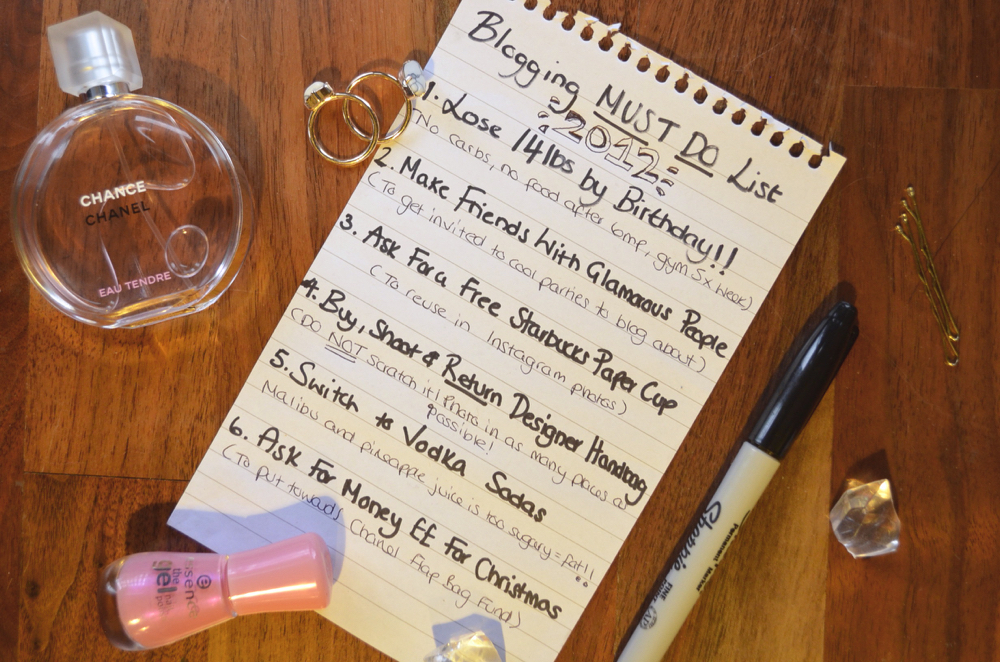 Essena O’Neill is an 18-year-old Instagram model who says that she has recently become so sick of the facade surrounding the lives of models, bloggers and other celebrities on social media that she has re-captioned her photos to reflect what was really going on at the time the photo was taken, as well as deleting thousands of other photos which she’s no longer proud of.
Photos of the beautiful teenager posing on the beach have been been re-captioned with phrases like, ‘NOT REAL LIFE – took over 100 in similar poses trying to make my stomach look good. Would have hardly eaten that day. Would have yelled at my little sister to keep taking them until I was somewhat proud of this. Yep so totally #goals”.  Essena’s hope is to smash the illusion created both both brands and celebrities regarding what are often perceived as one-off, candid camera moments that in reality actually take often hours and thousands of pounds to produce.

I find this subject incredibly interesting, not only as a young woman in today’s world (who would no doubt have looked at pictures of women like Essena and cursed myself for my post-Halloween hangover binge this weekend), but particularly as blogger, a social media consultant and a retail store owner by trade. It struck me because it represents an issue of morality that I am faced with every day as all of the above. In fact, the very name of my blog reflects this…

When I first created this blog back in 2012, I wanted it to be just like all of the other glossy, perfectly polished high-end blogs I so loved to drool over. At the time I assumed that in order to have a popular blog it either had to be impossibly beautiful to look at or interesting to read, and as I hadn’t yet realised what a literary genius I am (jk, but I mean, you’re still reading right?), I opted for the former and so proceeded to name my blog ‘Jade With Envy’ because I wanted it to be aspirational with posts about designer bags and a luxury lifestyle. I didn’t mean ‘envy’ in a negative way but rather I wanted other girls to read my blog in admiration the same way I still indulge in Song of Style and Purseblog today.

It was only when I started working towards this goal that I realised how incredibly unrealistic this was for me. I had, and still have to ground me, absurd lists on my phone detailing all the ways I could create the illusion of a luxurious and glamorous lifestyle on a student’s budget: purchasing high-end handbags, shooting them and returning them (but what if I scratched them? God forbid! I’d be stuck with a £2000 credit bard bill I could never afford to pay off….). Borrowing my well-off housemate’s convertible Mini Cooper to pose in (because my scratched up, bird-poop rusted, X-reg Ford KA just wouldn’t cut it…) and I can’t tell you how many times I tried to work out a savings plan to make my minimum wage, part-time department store job fund a £450 Louis Vuitton ring agenda (because that’s what every 20-year-old university student needs right?).


For over a year I tried, and failed, and tried, and failed to fit a square into a circle, saving, dieting, grooming and doing whatever I could to portray this image, even driving myself to depression at one point as I despaired over my (seemingly) piteous financial situation and lack of crazy great social life in lieu of the glamorous blogger lifestyle I so craved. After years of making myself miserable I realised that something had to give. I wasn’t just going to snap out my depression like I thought, I had to find a reason to lift myself out of it. Finally I accepted that I was never going to be able to compete with these girls, nor did I want to. It was miserable and disheartening trying and I knew that, if I carried on, I’d only deepen these complexes about my life to the point of no return. I could either continue to live in misery, striving for this life that I was never, ever going to lead or I could look around and appreciate and make the most of what I did have. That’s when I decided to change the nature of my blog…

Rather than striving to make people envious of luxury yacht holidays, fabulous Michelin star dinners and a budgetless wardrobe, I decided that it would be much nicer, and more useful, to show people how they too can have nice holidays, tasty dinners and a stylish wardrobe without breaking the bank or robbing a small country to fund them. If there’s one thing my period of ridiculous reaching taught me it’s how to stretch my purse strings and bag a bargain. Whether it’s a discount code, a little-known affordable store or a life hack you wish you’d learnt sooner, there’s no reason why we can’t all have nice things on a normal budget. You just have to know where to look. 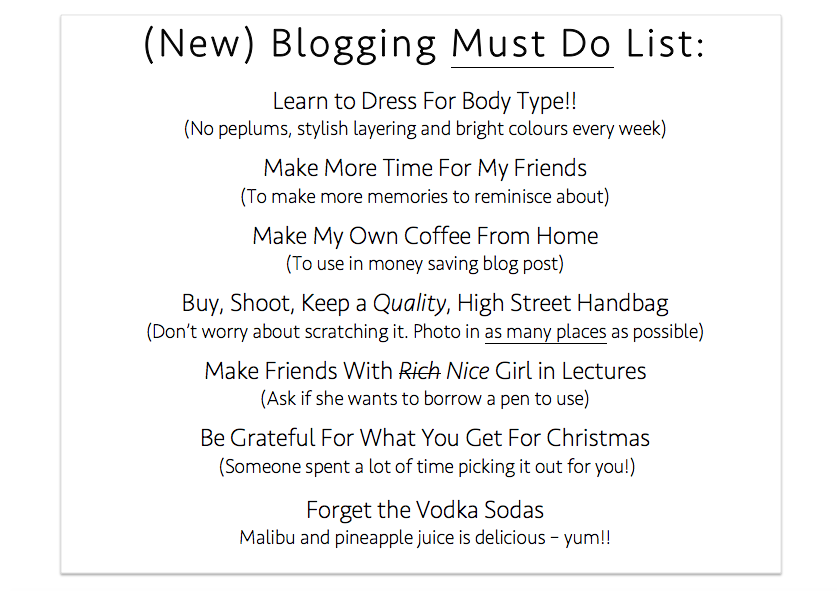 One day I’ll change the name of my blog. It still bugs me that it started out as something that could have perpetuated this social problem and I hate the thought that people might hear it and think that it’s that type of platform. But for now, it represents the epiphany that I had and how I hope that we can all find attainable glamour in our real lives whether it’s a high-street beauty bargain or something special you’ve saved up for. Jade With Envy, means making our friends envious of our things only for a second until we’re able to tell them that actually we did our nails ourselves using this DIY Shellac Look Nail Tutorial, our Louis Vuitton Speedy, whilst genuine yes, was a second hand steal from eBay and that last night’s Instagram dinner was only a tenner as it was a taster menu offer. Before swiftly WhatsApping them all of the details of said blog post, eBay seller or discount email.

The same goes for my online store. I’m striving to create a brand that has a luxury feel without the luxury price tag. As for my clients, how they portray their brand is up to them (and luckily most of us are aware that most brand marketing tends to be a tad far-fetched), but I do remind them that, aside from the morality issue, with the power of blogging and peer-to-peer reviews on the rise, it’s important to be truthful and realistic in the way they portray their products.

If the Kardashians have taught us one things it’s that social media beauty is an illusion. I’ve made my peace with the fact that the likes of Taylor Swift, Gigi Hadid and their fellow VS model ‘squad’ were born with a great gene balance that makes them naturally a little more photogenic than me. I also take pride in the fact that even these lucky, lucky women need a little help from that other squad: Bobbi Brown, Balmain, Spanx and Photoshop most of the time. I’m not too big to admit that I do take a sense of satisfaction in seeing so-called ‘ugly’ pictures of beautiful celebrities that remind us that they’re only human too. Yes, Beyonce may have the same amount of hours in a day as me but she also has the best photographers and retouchers in the world, a personal trainer, dietician and chef on hand 24/7, fashion stylists, numerous personal assistants and not to mention all of the makeup, face peels, hair extensions and control underwear that money can buy, so why even try to compete?

Don’t get me wrong, I’m not completely above it all. I still sigh in frustration when I upload YouTube video footage only to realise that my hair has a life of its own, my teeth look way more yellow on camera and I forgot to wear earrings again (latest video is a particular offender) but I refuse to re-film nowadays because I could do it 100 times and it would never be right because I’m human. And not rich. And not blessed with the luxury of enough time to do things over and over until they’re anything close to perfect. I can also definitely still appreciate the beauty of luxurious things. A Celine Mini Luggage Tote still takes pride of place on my Pinterest ‘Lust List’. I still browse the odd ‘luxury’ blog (although with some scepticism), and I still ‘like’ the occasional image of beach sunset on Instagram because it’s still pretty to look at (even if the saturation has been whacked all the way up). I just appreciate these things in context meaning I understand that, despite their apparent beauty, they’re probably fake or painstakingly/inauthentically obtained or just belong to someone very, very lucky who simply isn’t me, and I’m fine with that. Really. There are people who are much worse off than myself and I am just lucky to be alive and healthy.


If, like me you still like all the pretty pictures but without the bullsh*t, then I highly recommend giving my favourite blogger Kenza a read. Whilst it’s undeniable that she’s god-givenly gorgeous with a great sense of style, she’s features mostly high-street clothes and also shares details of her unfortunate upbringing, posts unflattering outtakes from her magazine-worthy outfit posts and talks about her regular wardrobe malfunctions, general down days, oh, and pooing in public places. Enjoy!


If you’d like to know more Essena O’Neill’s story, check out her blog and revised Instagram profile here.


Thank you for reading! If you like my posts why not follow me on Bloglovin’ and social media by using the links below!