I got some pretty new Nike running shoes! If you’ve been reading my blog lately you’ll already know that I recently embarked on a fun #90dayfitnesschallenge and, if you follow me on Twitter, you’ll know that I’ve started running as part of that. Now, I’m not a particular fan of running. In fact, it’s my least favourite form of cardio. Given the choice I’d much rather play a group sport like netball (but ain’t nobody got time for that) or cross train at the gym (ain’t nobody got money for that) so I’ve succumbed to the idea of running because it’s a) it’s free and b) I can do it whenever and wherever (provided that my chaperone, aka the bf, is willing to tag along when it’s dark – I checked, he is). 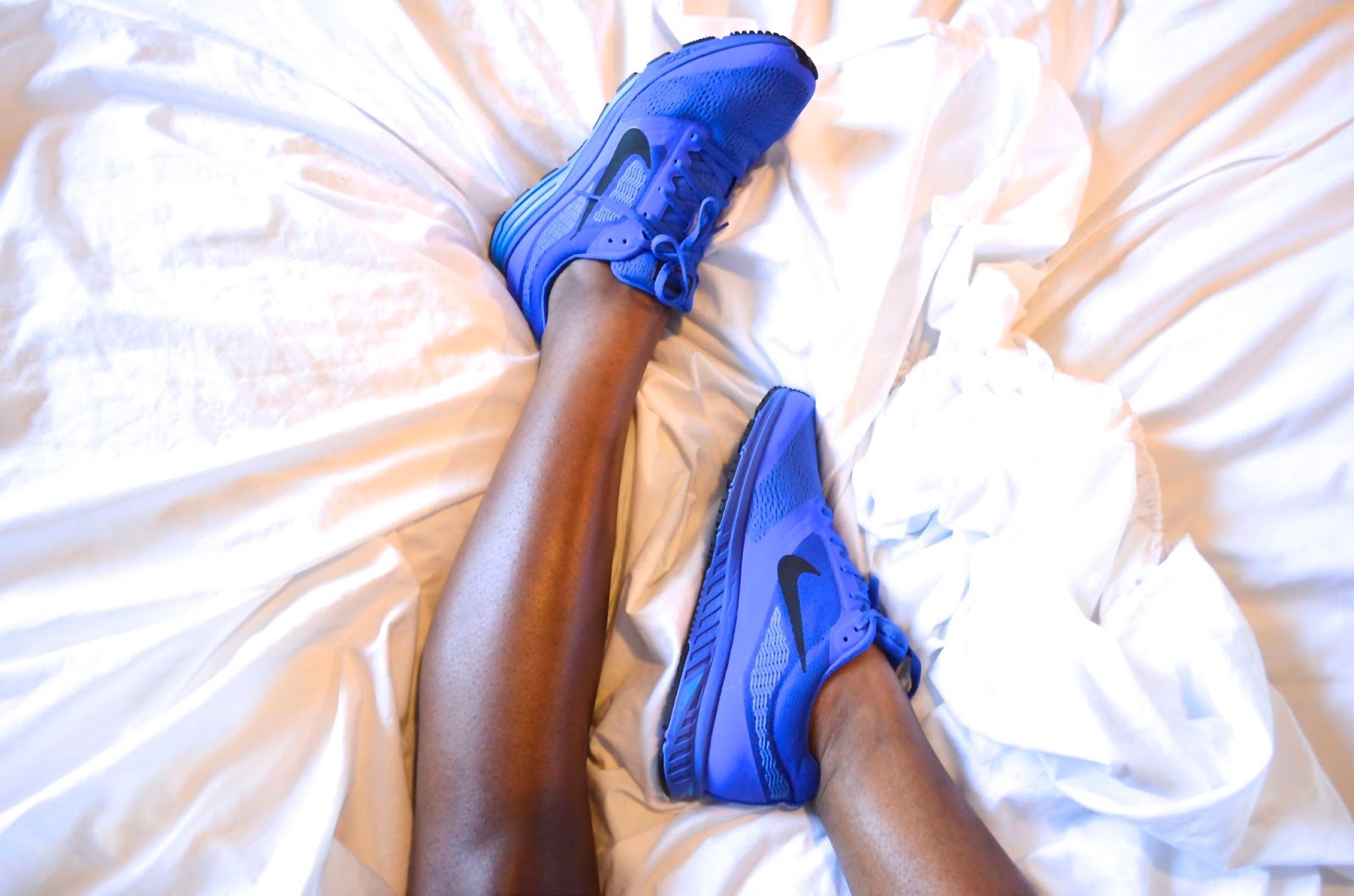 So, that being decided, I was all set to become a running goddess akin to those we see smugly sprinting across our screens in Nike adverts. In fact, so determined was I to commit to running, that I ventured out in the dark and rain on the first two nights (with the boyfriend in tow, or rather, ahead because he’s much fitter than I am) for a well-intentioned run – only to be struck down mid-stride by shin splints, both times.

What are shin splints? I didn’t know either until I googled ‘shooting pains around shin bones when running’ and found out that a lot of new runners can get them. They hurt like a m*therf*cker and according to numerous sites happen when the muscles around the shin sort of go into shock. Turns out that I need easing into running by starting with short gentle jogs and then building up distance and speed over time. At first I was a bit gutted that I couldn’t go gung ho right away but, having been out quite a few times now, I’m secretly grateful for the excuse to start slowly. Like I said, despite my posing below, running’s not exactly my thing. 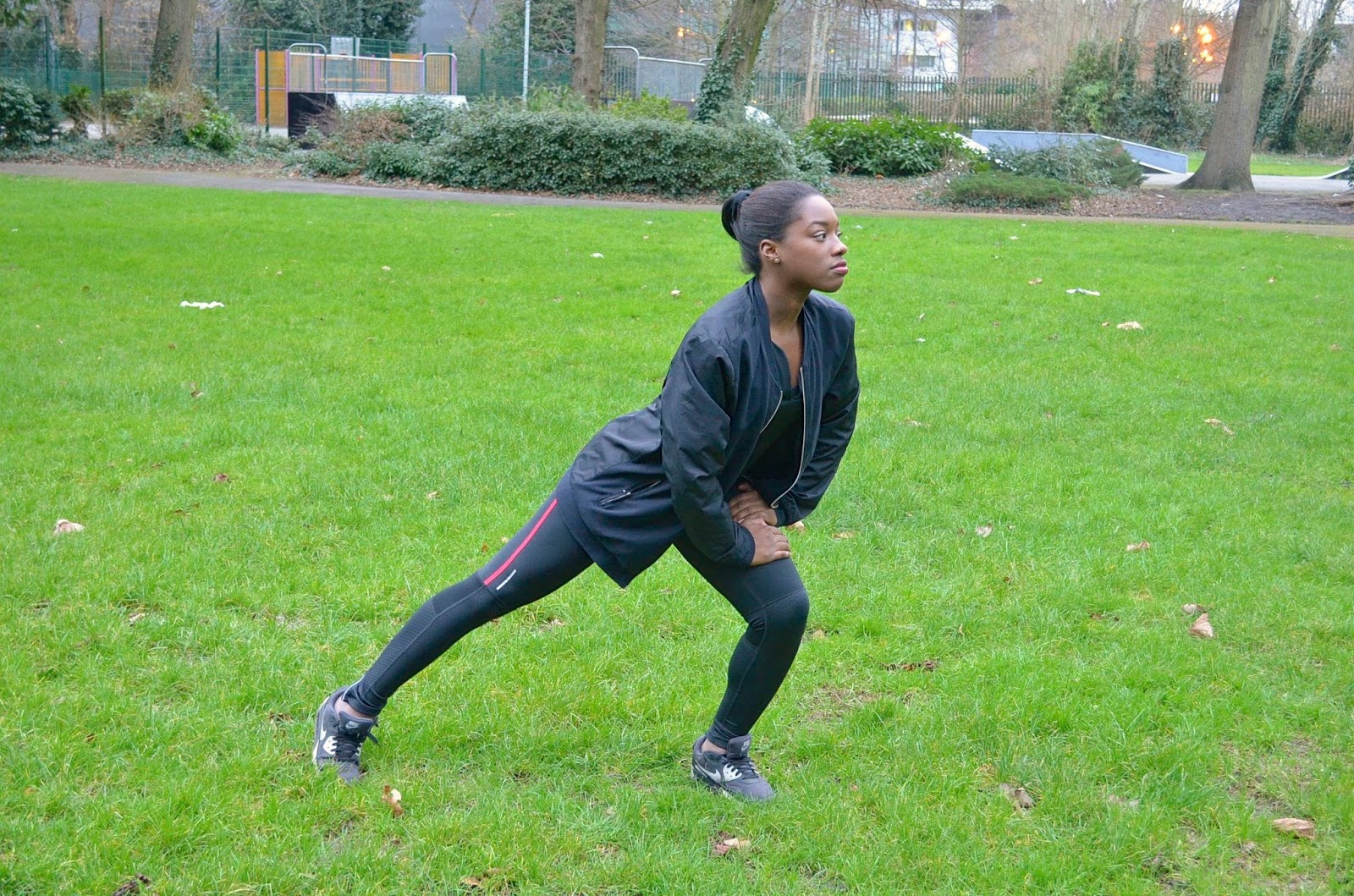 During my research into shin splints, I found out that they can be exacerbated by old running shoes. I then realised that I’d had mine for over five years now, picking them up in my first year of uni. Ever the queen of savvy shopping, I’d been ignoring the protruding plastic backings in them telling myself, ‘I’ll invest in a new pair when I can exercise consistently for three months’. Well, three years and many failed fitness attempts later it looks like my body had made the decision for me. It wasn’t going to put up with these broken down old trainers any more.

My next move was to head straight to Sports Direct because, as much as I love the neon window displays of candy-coloured kicks in JD Sports and Footlocker, the eye watering price tags are, frankly, laughable. Sports Direct on the other hand, have a great range of trainers, running shoes (because there’s a difference dontcha know – they told me) and other sports footwear all for a fraction of the price. I spotted Nike running shoes for a little as £21 but, after a good hour of deliberating (no exaggeration, as the ever-so-patient sales assistant) I settled on these cobalt blue bad boys for a cool £59. Admittedly a little more than I wanted to pay but still not bad at all for new Nike shoes, and I do love Nike. I’d originally gone in for these babies (they look better and brighter IRL), reduced to just £19.99 but sadly they didn’t have them in my size. In the end I picked from the mens section (I always end up doing this with trainers, these Nike ones are men’s too) as they always have a better selection of trainers in size 7. 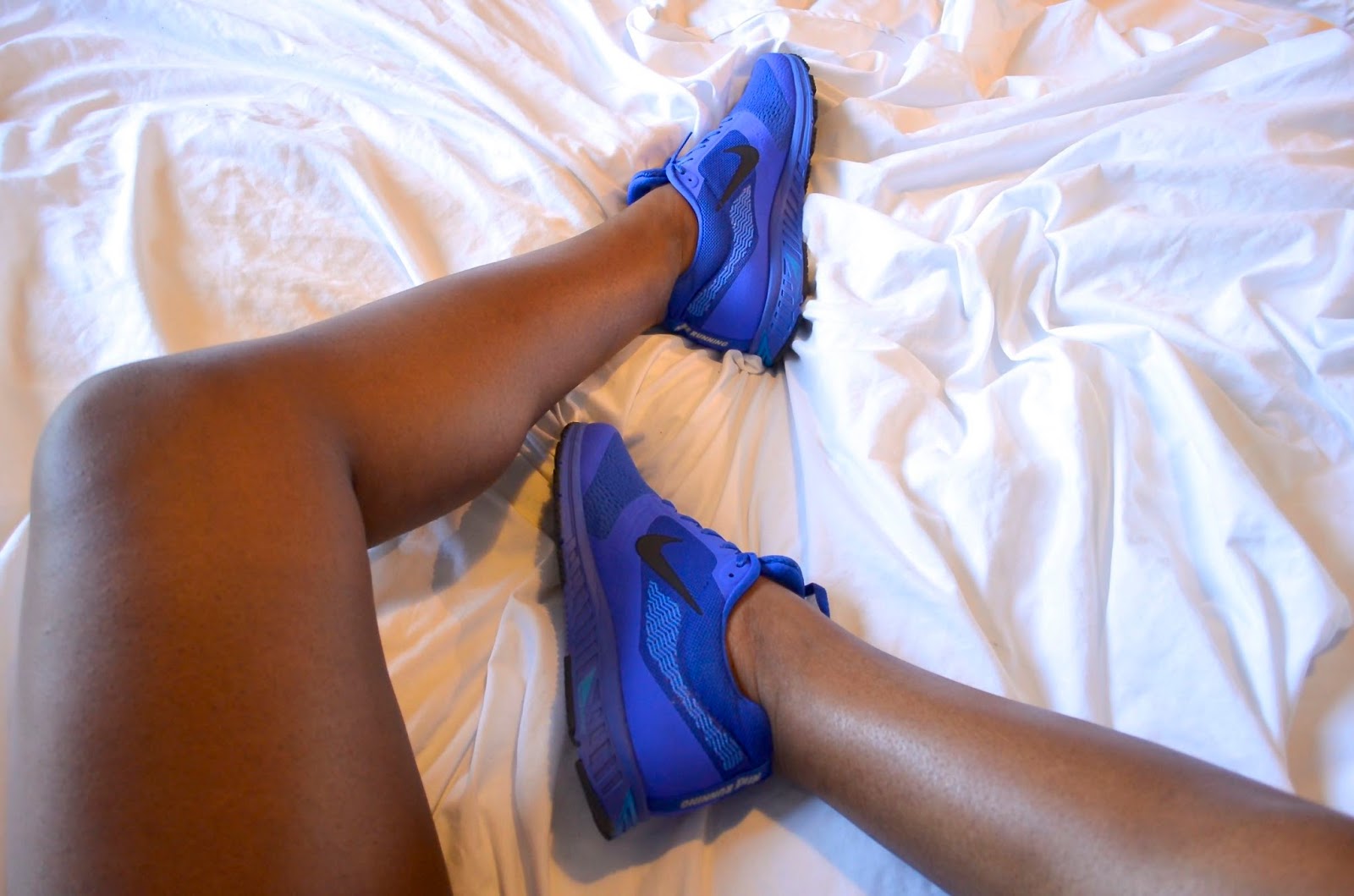 The Nike Air Zoom Fly 2 style I chose are incredibly lightweight and a dream to run and walk in. After seriously considering a black pair, I went for this bold blue hue simply because they’re fun and, if I’m paying a bit more for some nice Nike shoes, I want them to be noticeable. This is actually my all time favourite colour and when I got home I realised I already have quite a few tops and accessories that I can match these with because there’s no way I’m only wearing them running. They’re just too cute.

Whilst in Sports Direct I also learned that they have this great colour coded system which shows you which running shoes are best for low arches and which for high. This is soooo helpful as it’s thought that you can really damage your joints if you pick shoes with the wrong support and make issues like shin splint a lot worse.

I’m glad to report that, since I got my new Nike shoes, my shin splints have been barely existent. I started to feel a hint of a twinge on the first night I went back to running so I just slowed to a walk for five minutes and then was fine after that. I haven’t had any problems since (fingers crossed!). So, now that I’m armed and fabulous, I’m determined to get into running and eating healthily properly. As they say, summer bodies are made in the winter (and spring!)… It’s not just about getting in shape though, I’m exhausted at the moment, juggling blogging and work (today I managed to get going at 3pm, go me), so I need to feel healthier, fitter and more energised. I’m tweeting updates, tips and tricks throughout my journey so make sure to follow me on Twitter if you’re getting healthy too – we can motivate each other :). Until tomorrow peeps!