Hey, as it’s a Sunday I thought I’d take the chance to share a casual ‘Outfit of The Day’ post with you. I recently picked up the beautiful Bailey Bow Ugg Boots in the January sales. Now the word ‘Ugg’ may make you go ‘Eurgh!’ but there’s so denying that their cosiness is oh so tempting so, before you cringe away, read on to see how I plan to keep fit them stylishly and sleeky into my winter wardrobe. 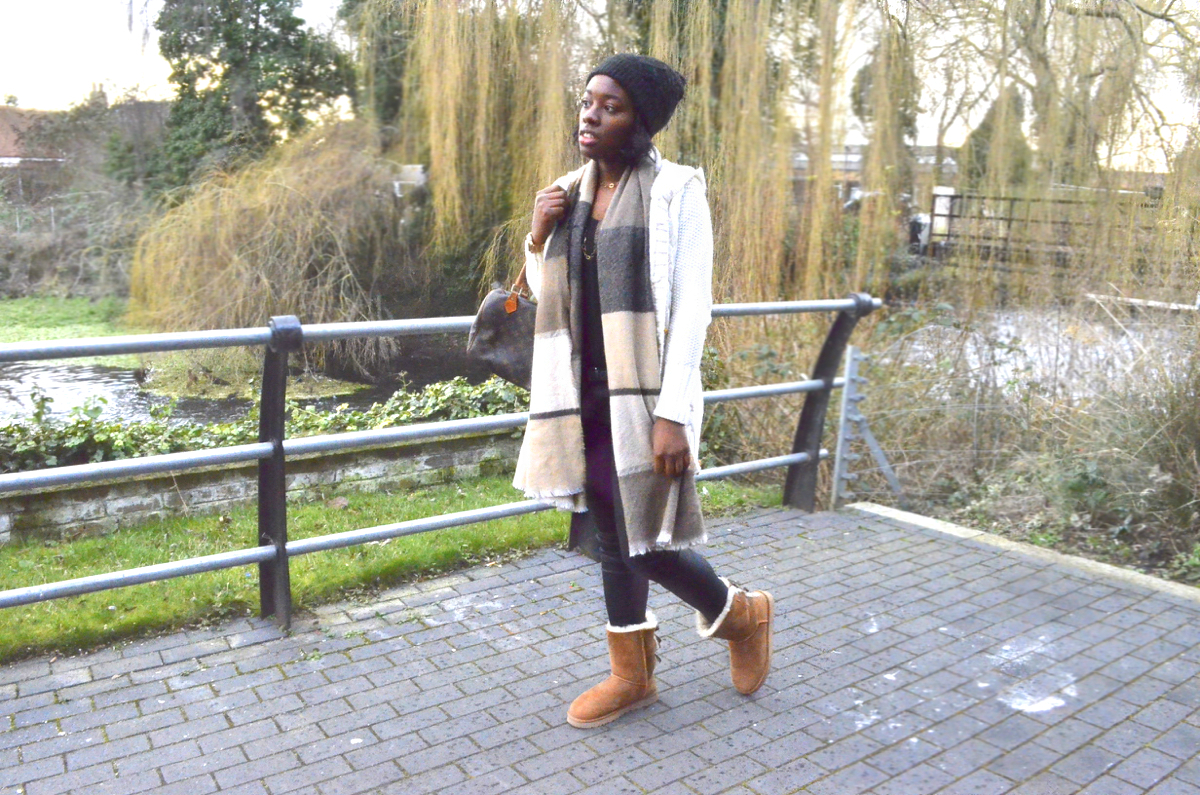 I feel like Uggs boots have gotten a bad rap over the years due, in large, part to the plethora of saggy-sided knock offs that were floating around when they first became really popular about seven years ago. Don’t get me wrong, I’m all for an inspired item (especially if the original is wildly overpriced) but in the case of the Ugg boot, the cheap versions would always crumple and collapse within a few weeks of wear (trust me, I went through a few myself) and would end up costing more for replacements in the long run that just investing in the real thing.

Fast forward to now and the Ugg craze has died down significantly which is great because firstly, those offensive cheap knock offs have all but disappeared off the high street meaning the work Ugg can go back to bringing up connotations of the beautiful structured boots that they originally were. Secondly, every other teenage girl you see is no longer wearing them with too thin leggings, a too short top and a hoodie, again eradicating the cheapening the brand. 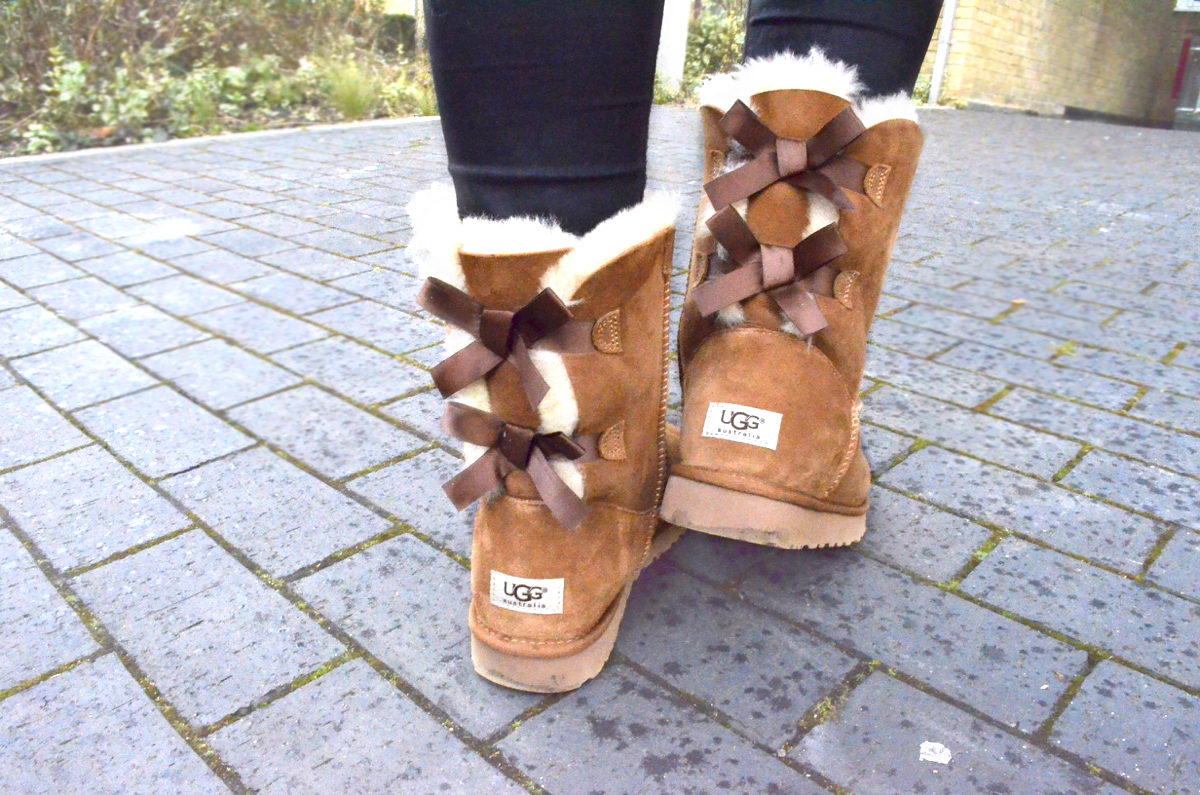 Now I totally get that not everyone has the cash to splash on genuine Uggs right away but it’s certainly something to think about saving for or with Valentine’s Day coming up it might be time to start dropping some hints! These are actually a (very) early birthday present from my mum as my last pair finally gave in after seven long years of continual wear. It’s funny because she’d said at Christmas time that she didn’t realise I already had some and had nearly got me a pair. Then a week after she said that an enormous hole appeared in mine. I text her a photo to note the irony which led to a barrage of texts from her saying, ‘QUICK! They’re on SALE! Early birthday present?? – Which ones do you want?!’ – seriously she literally sent about 10 texts haha. 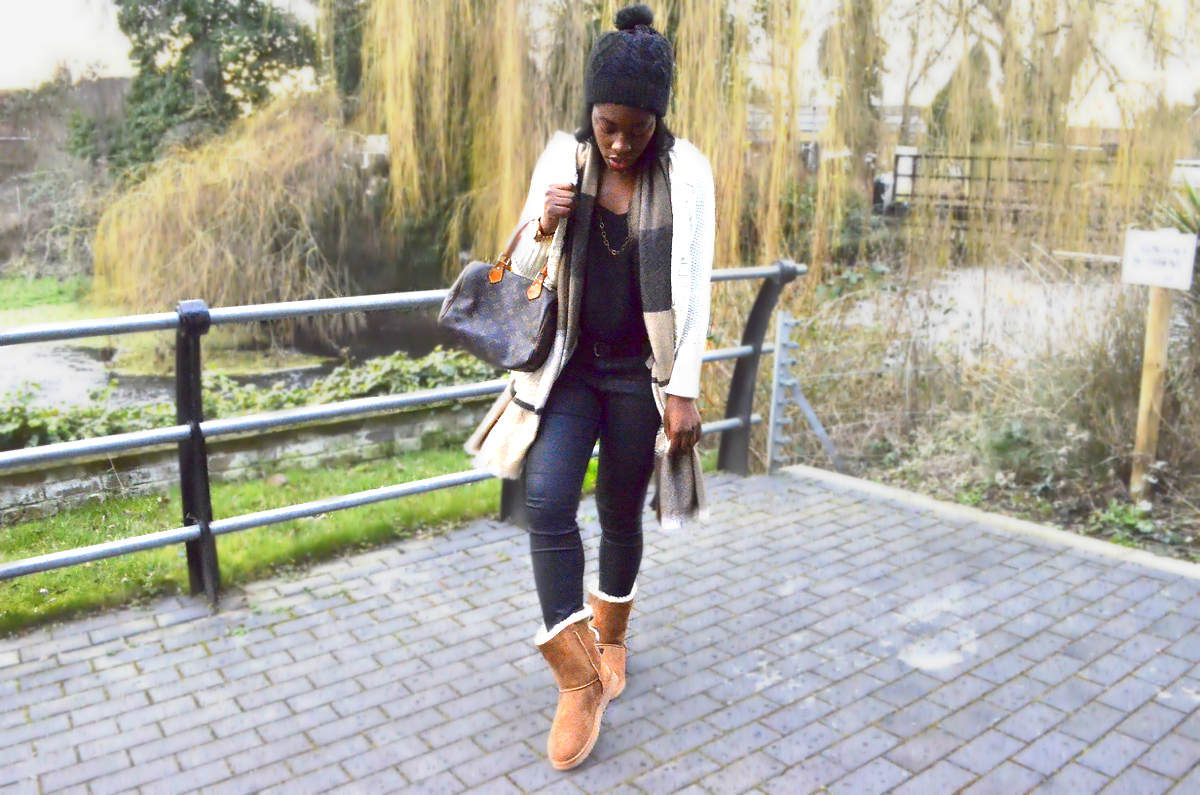 After much deliberation I settled on the Bailey Bow II style as I think that the intricate bow detail makes them look a lot more feminine and less ‘sloppy’ that the classic, plain ones. I also went for the classic Chestnut colour because I think, as I wear a lot of black trousers, black ones would just blend into my outfit like boring blobs on my feet. Instead, I love that this tan colour acts as an accent and matches the leather handles of my Speedy LV bag, which I often wear on dress down days. These will pair well with my new gold coloured jewellery too. 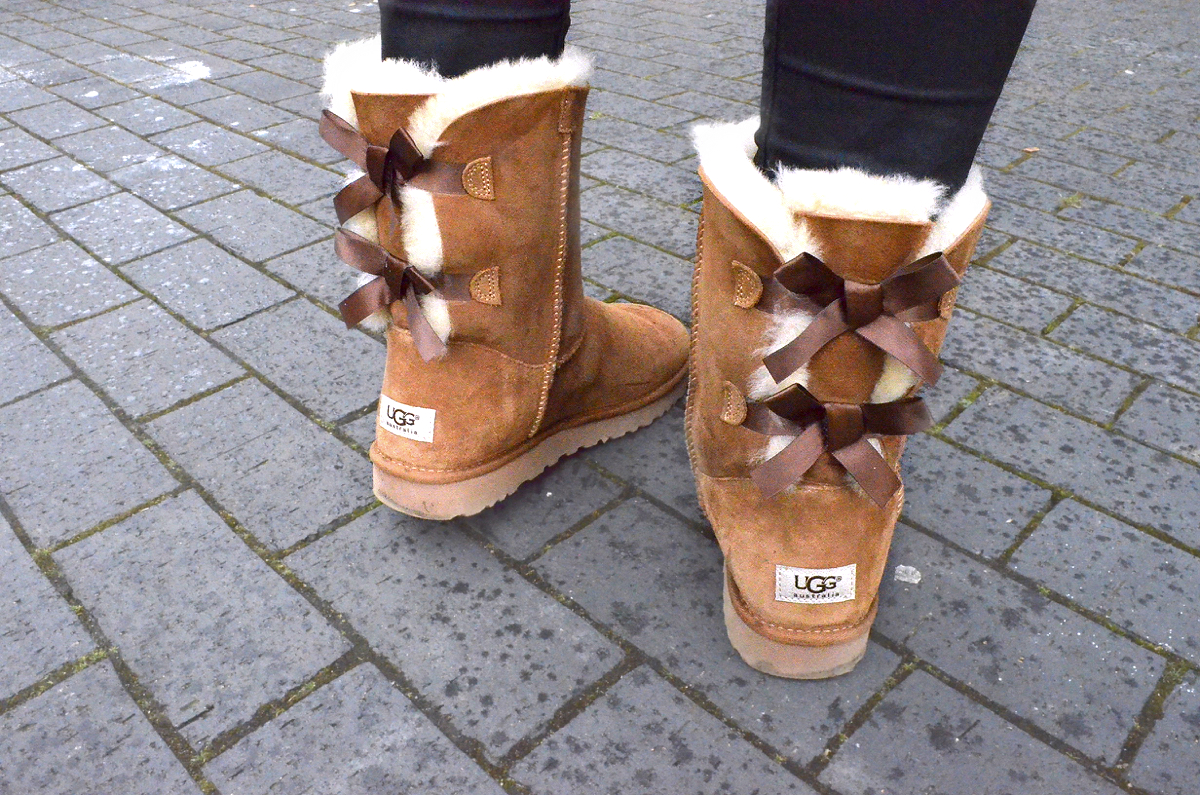 Aren’t the bows so pretty? At £175 a pop, they’re not cheap at all but given that my last pair lasted me seven years of solid wear (slash abuse – I remember after a while I would wear them to work in a coffee shop after school – the thought of getting coffee stains on these makes me want to cry!) I know that the cost per wear value of these makes them well worth the investment. We’re literally taking about pennies each time I wore them. Mine did look pretty crappy towards the end due to me throwing them around so I’m planning on keeping the cardboard insert inside these new ones to retain the shape of the toes and making sure that I use the weather protector spray as well as cleaning them regularly! Do you have any tips for keeping new Ugg boots looking fresh? If so please do share below!