My social calendar has been off the charts this summer with weddings, birthdays and BBQs and whilst that fills me with joy, it also simultaneously empties my pockets. At these times I would usually retreat to my home, instead indulging in DIY drinks on my balcony until the pennies had replenished and I could afford to venture out into the city again. Not any more. 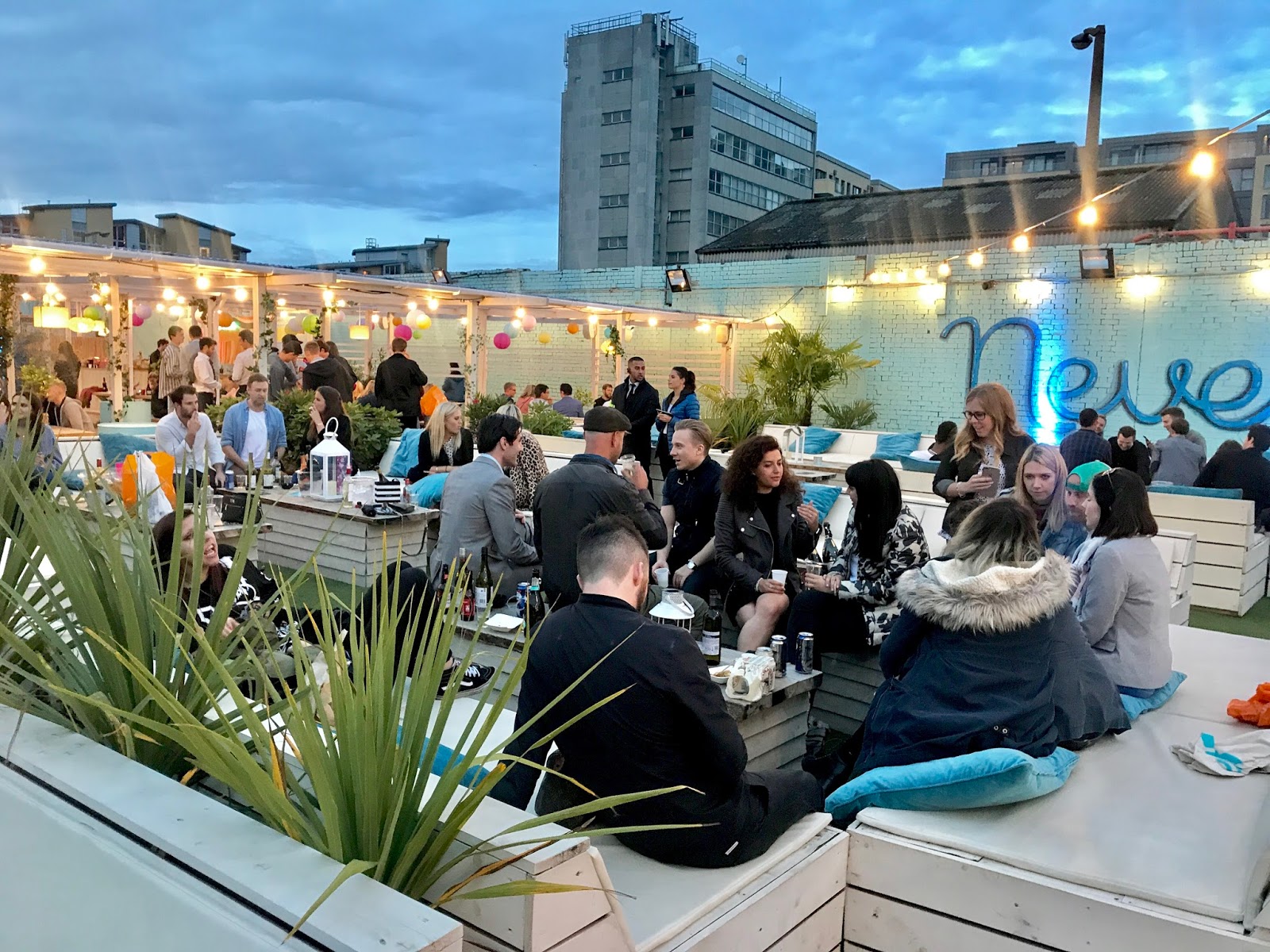 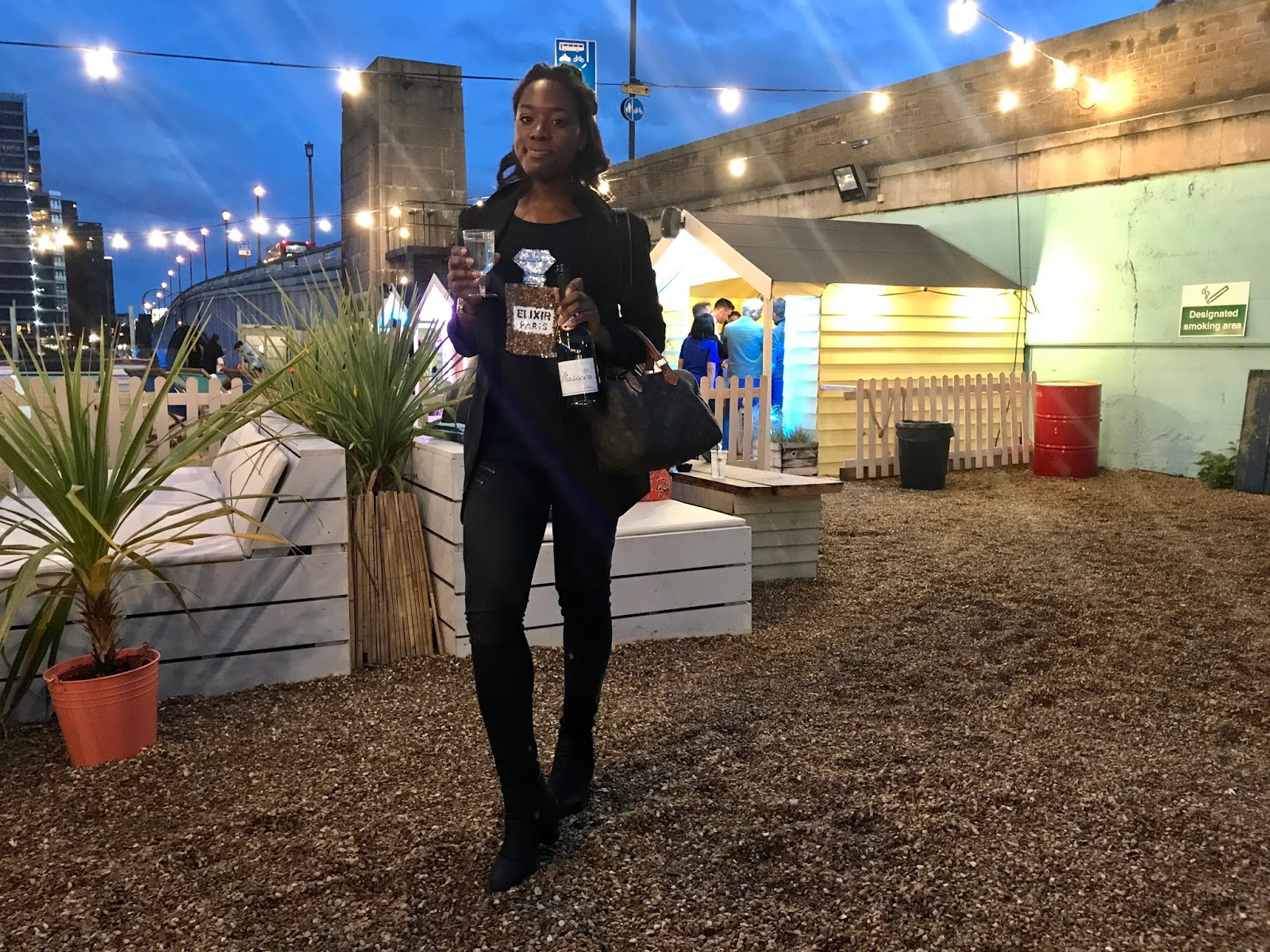 It seems now BYOB isn’t just for your best mate’s BBQ and I couldn’t be happier. Bring on the £5.50 Tesco prosecco, I’m heading to Neverland.

Neverland London is the perfect solution for us broke ass bitches who spent all our money on payday but still want to be bad and boujee and sip prosecco whilst sprawled on daybeds overlooking the beach. Yes, the beach. For Neverland is not only a home away from home for affordable drinking but it’s actually rather pretty too. 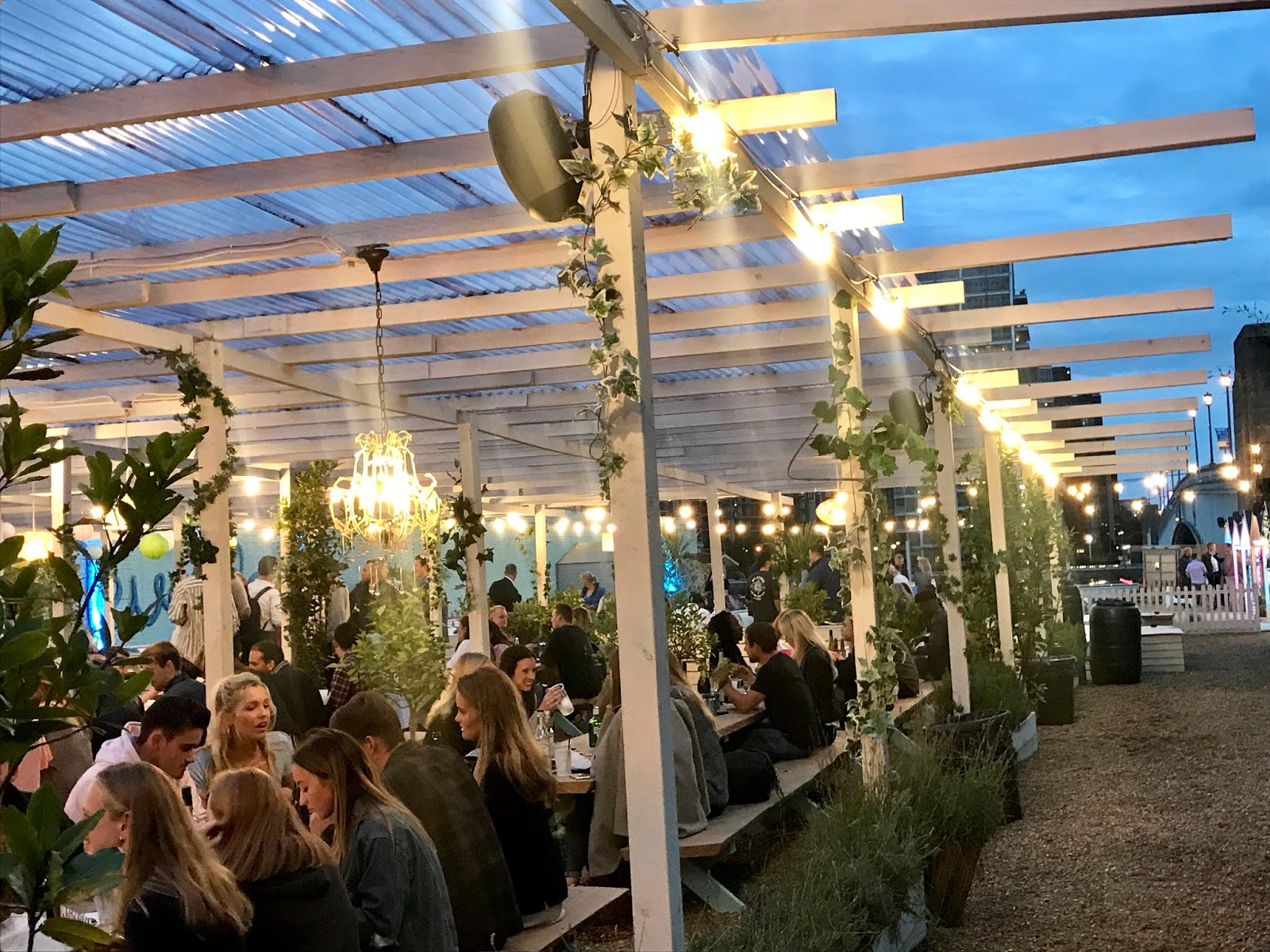 Once you’re in, there’s plenty of seating under the pergola or, if you’re quick, there are a few deck chairs on the mini beach if you want to catch some riverside rays on a Saturday afternoon. If you’re feeling flush then for the ultimate in comfort, get a group together to book a day bed like us or even a warm beach hut. It’s no more expensive than booking a table at a bar but it’s more private and, let’s face it, much more scenic for you Snaps. Count me in. 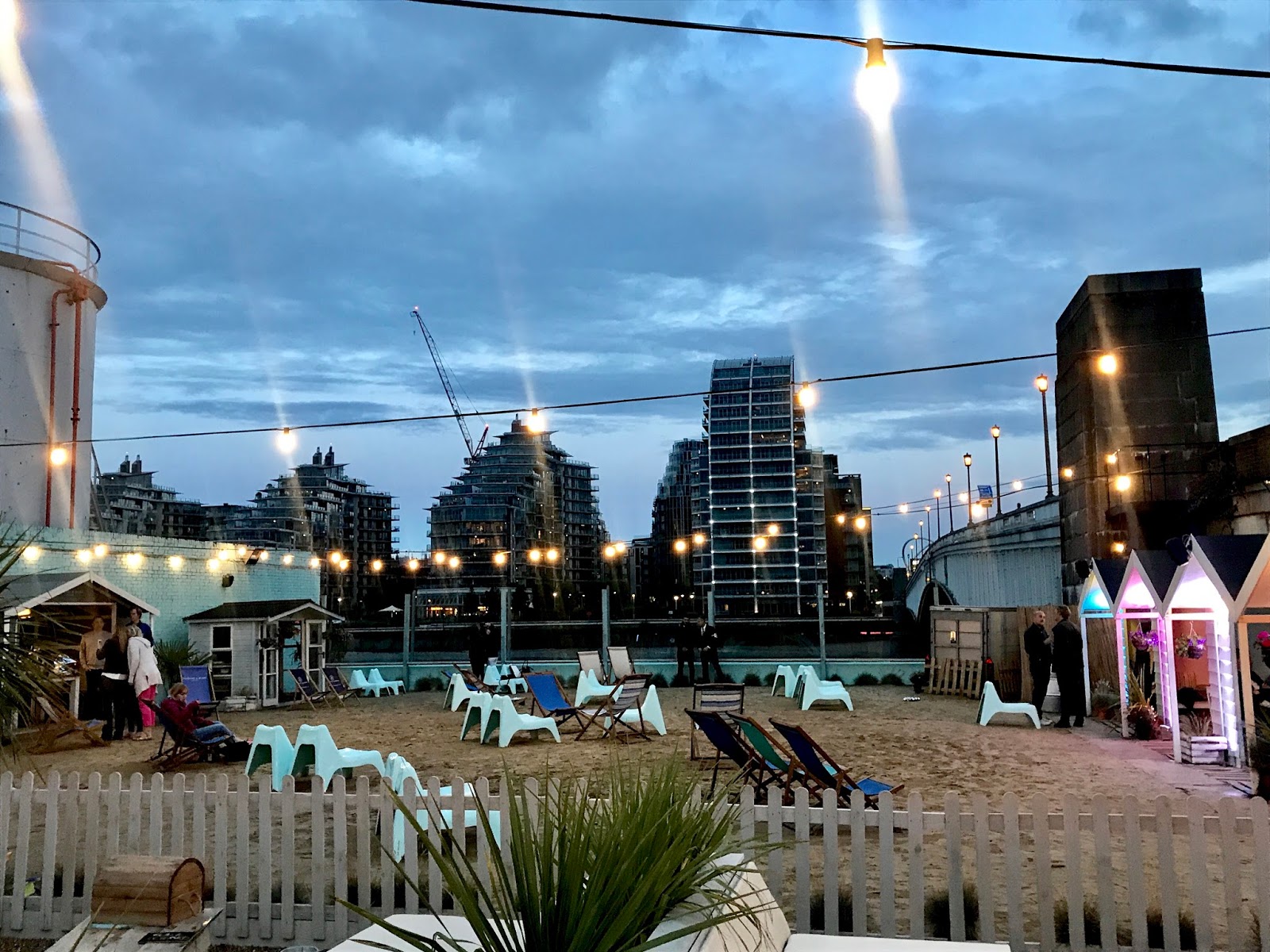 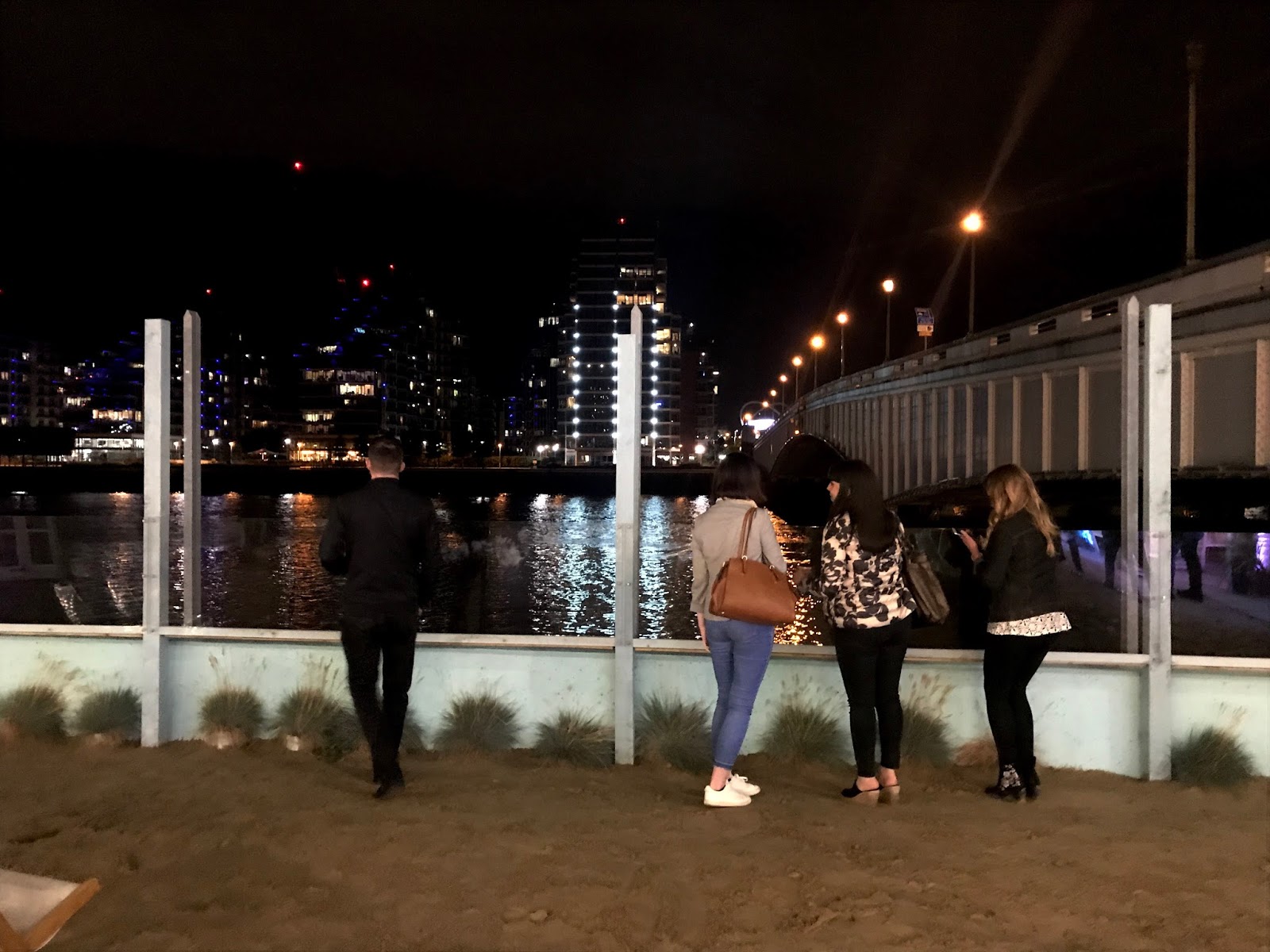 The idea of the, largely outdoor, venue may have you shivering but we all know that we’re prone to those bursts of the last of the summer sun in September and I know right where I’ll be when they hit. If the sun doesn’t have his hat on when you go though, you can shelter under the covered pergola pop a blanket in your tote bag to snuggle under. It’s a great excuse to have a cosy gossip with your gals pals or snuggle up to someone sexy. 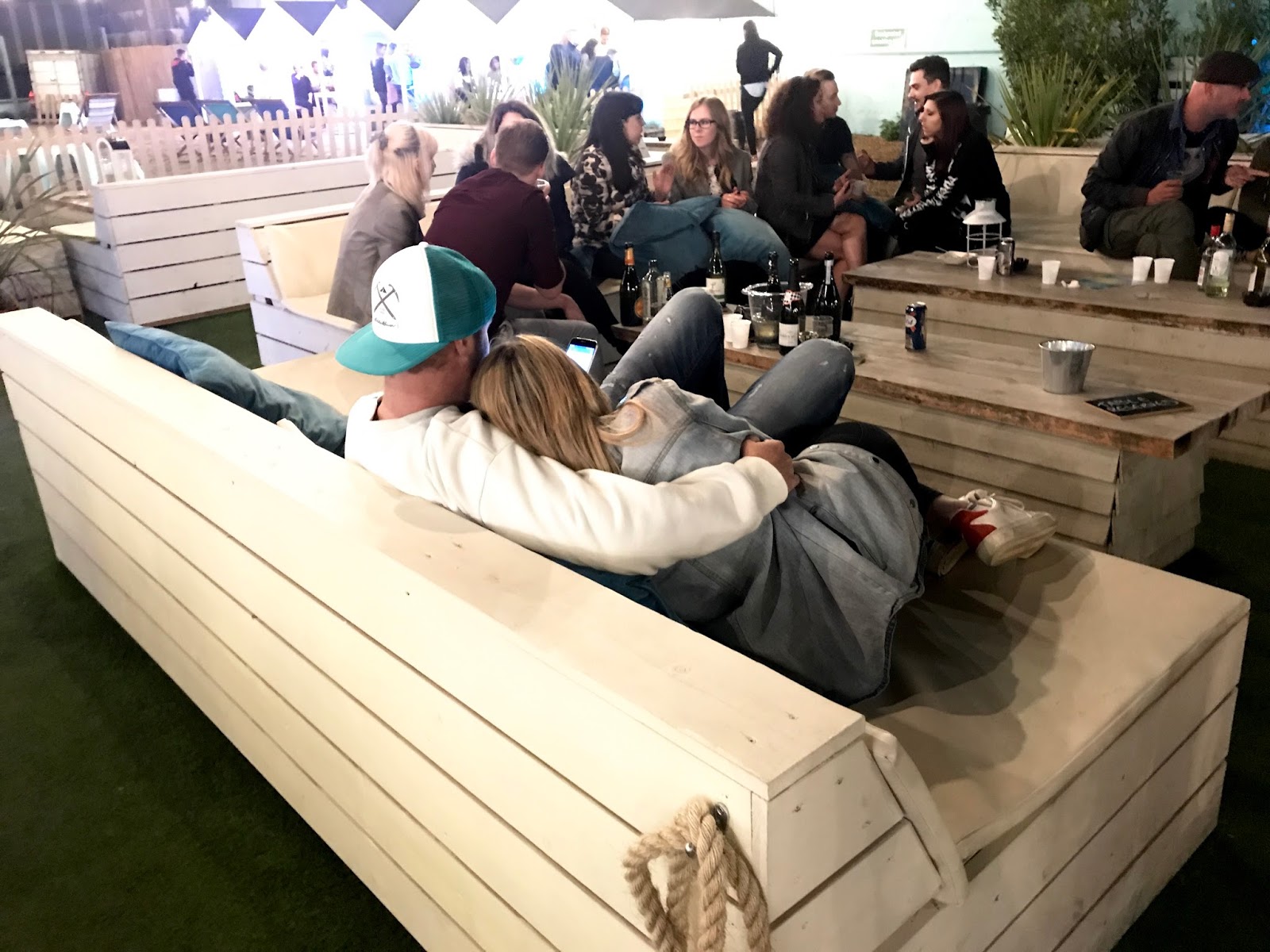 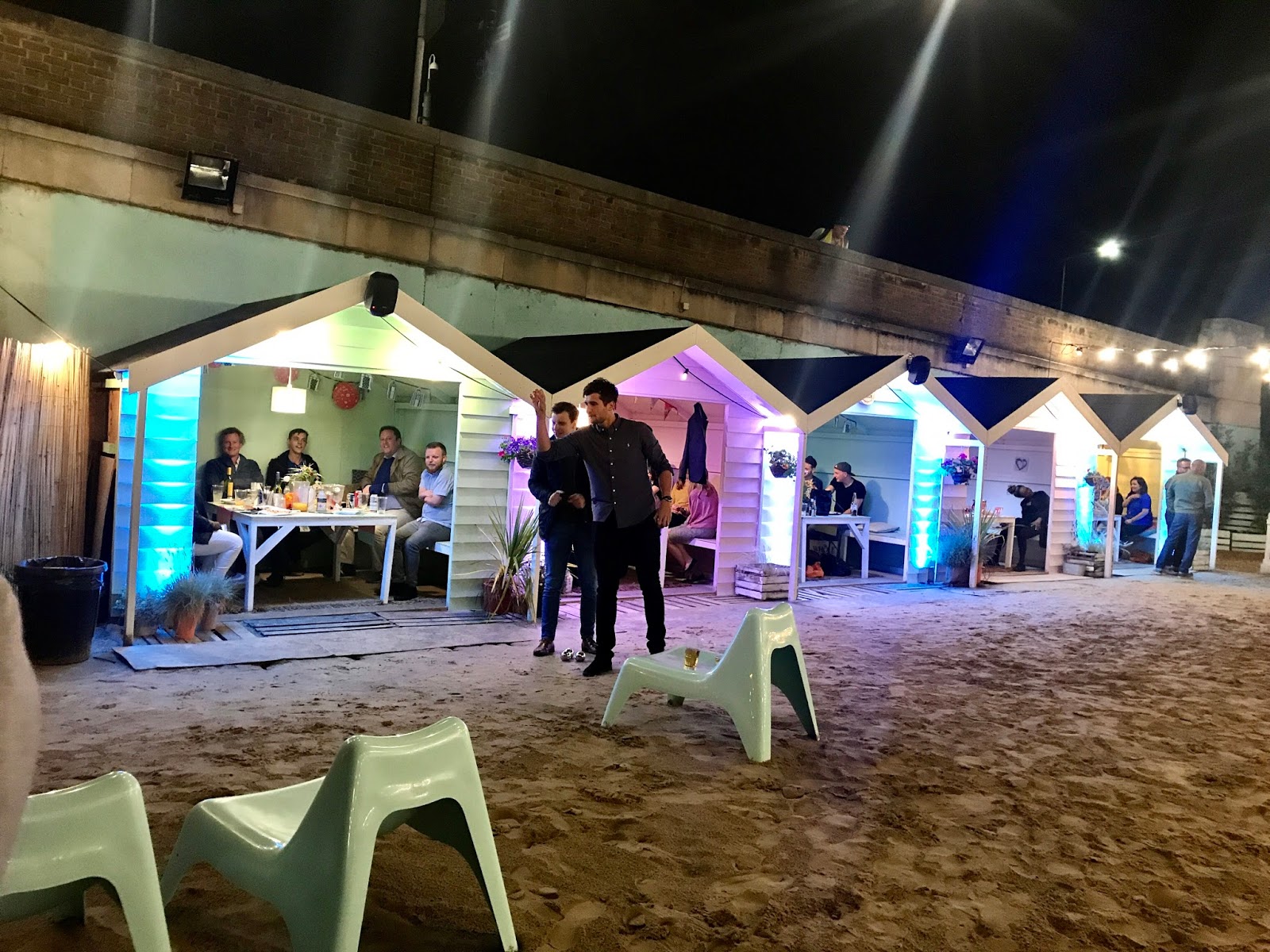 At first I thought that the entrance fee of £5-£15, depending on which day you go, was counterproductive but then I did the maths. I would easily spend that much on 1-2 cocktails elsewhere (4 drinks at a push if you only buy during Happy Hour) and then what? At Neverland their generous alcohol limit means I’d also have a whole bottle of prosecco with me so for a maximum of £20 spend I’m all set for the entire afternoon/evening in somewhere much cooler and more comfortable than any comparable bar I’ve been to. Plus when we get hungry we don’t have to move on elsewhere, we can just stroll up and sample the delights of their delicious food stands. It’s a win-win. 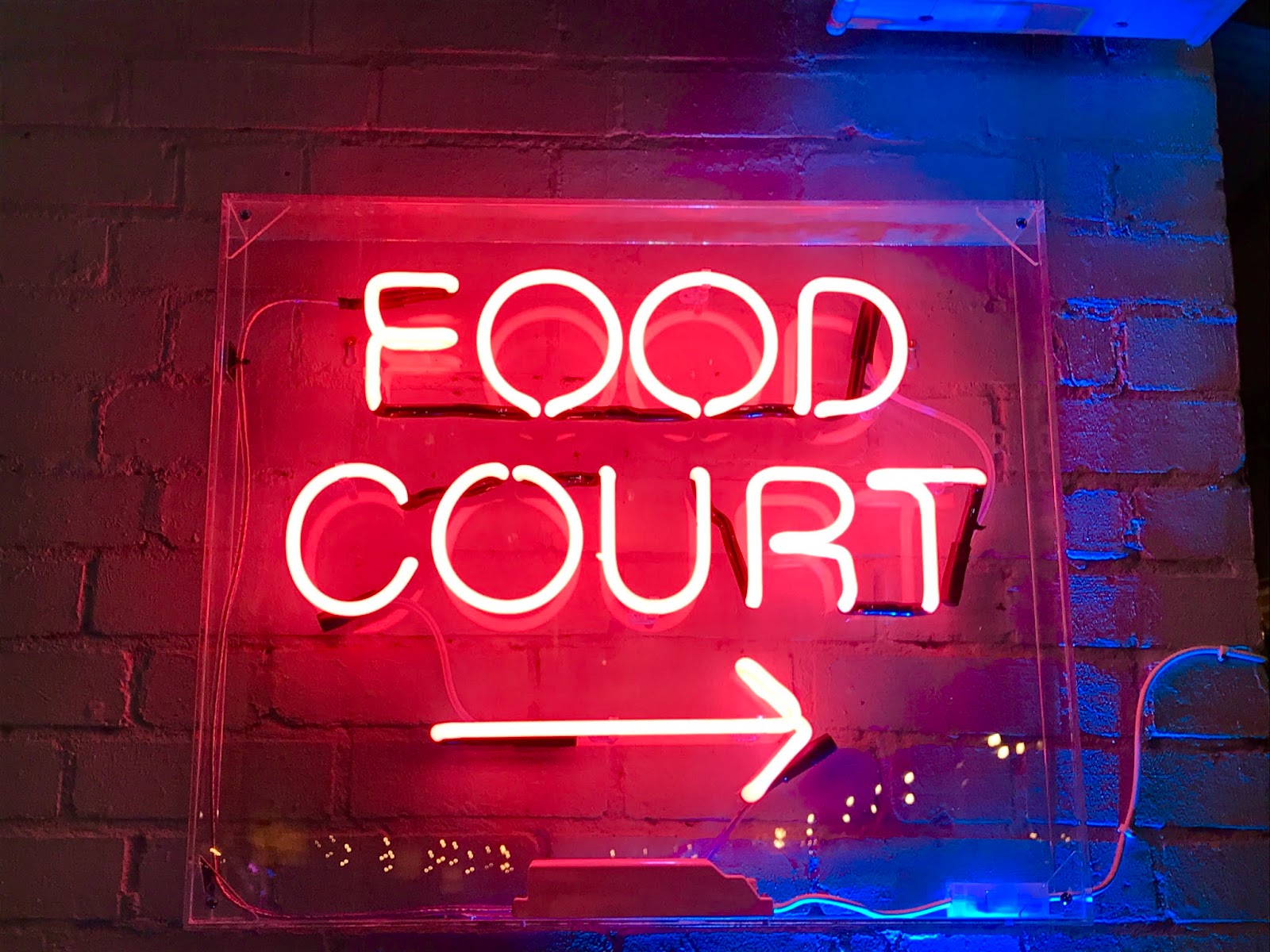 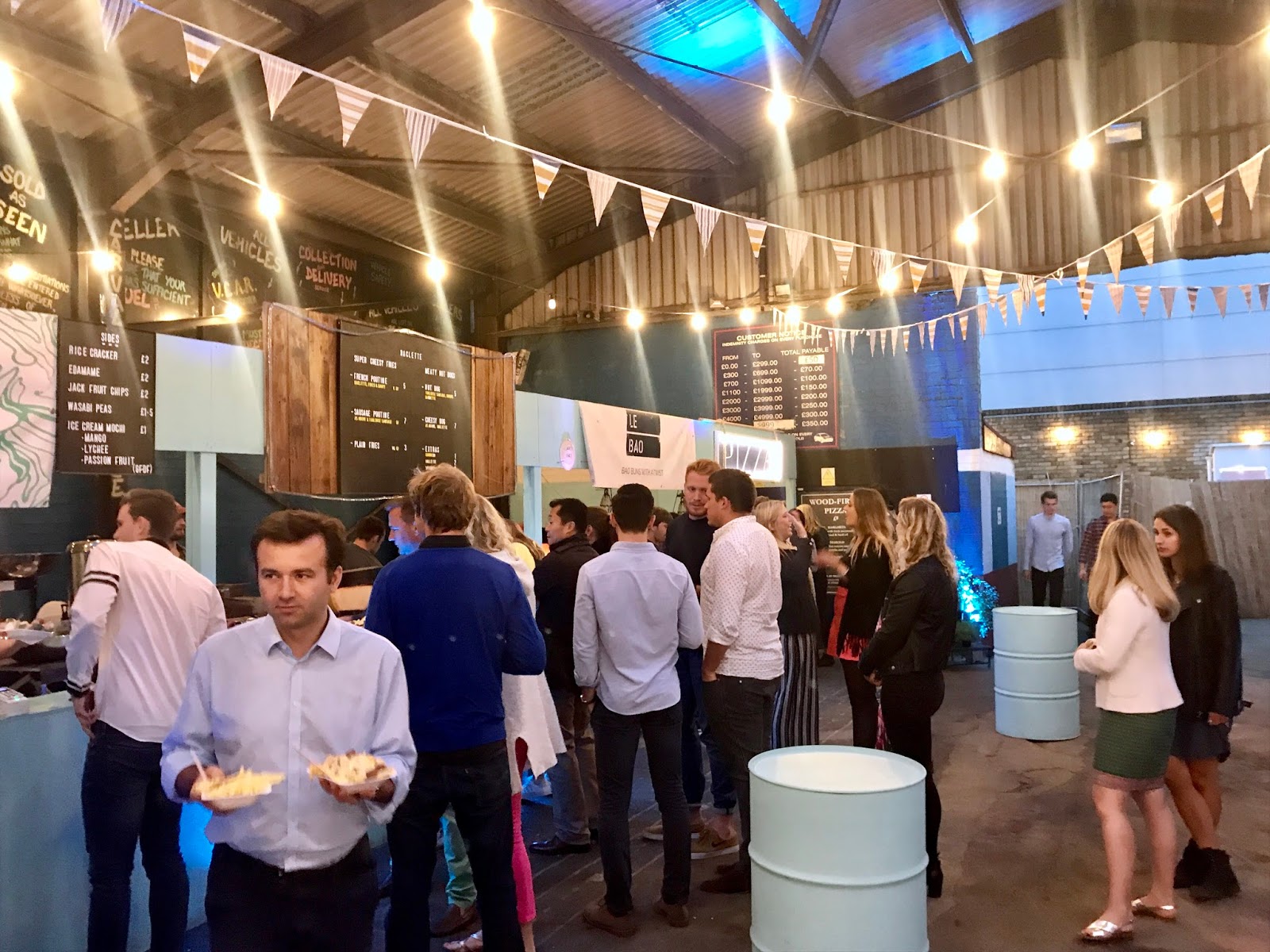 There’s a perfectly placed Sainsburys nearby but no re-entry once you leave, so my top tip is err on the side of caution and bring as much drink as you think you might want (keeping the limits in mind) as you can always take what’s left home away with you – another benefit of BYOB. Neverland London shuts at 11 at the weekend so if you’re after a big night out, think of it as an alternative pre-drinking destination rather than your end game. For me it’s perfect pre-pay day place for an affordable catch up with mates or a delightfully different kind of date night.