When you read the title of this blog post, you may assume that I’m about to detail how I have a long-standing issue with self acceptance but it’s quite the opposite. I assure you that this is a mindfulness post as uplifting as all my others. 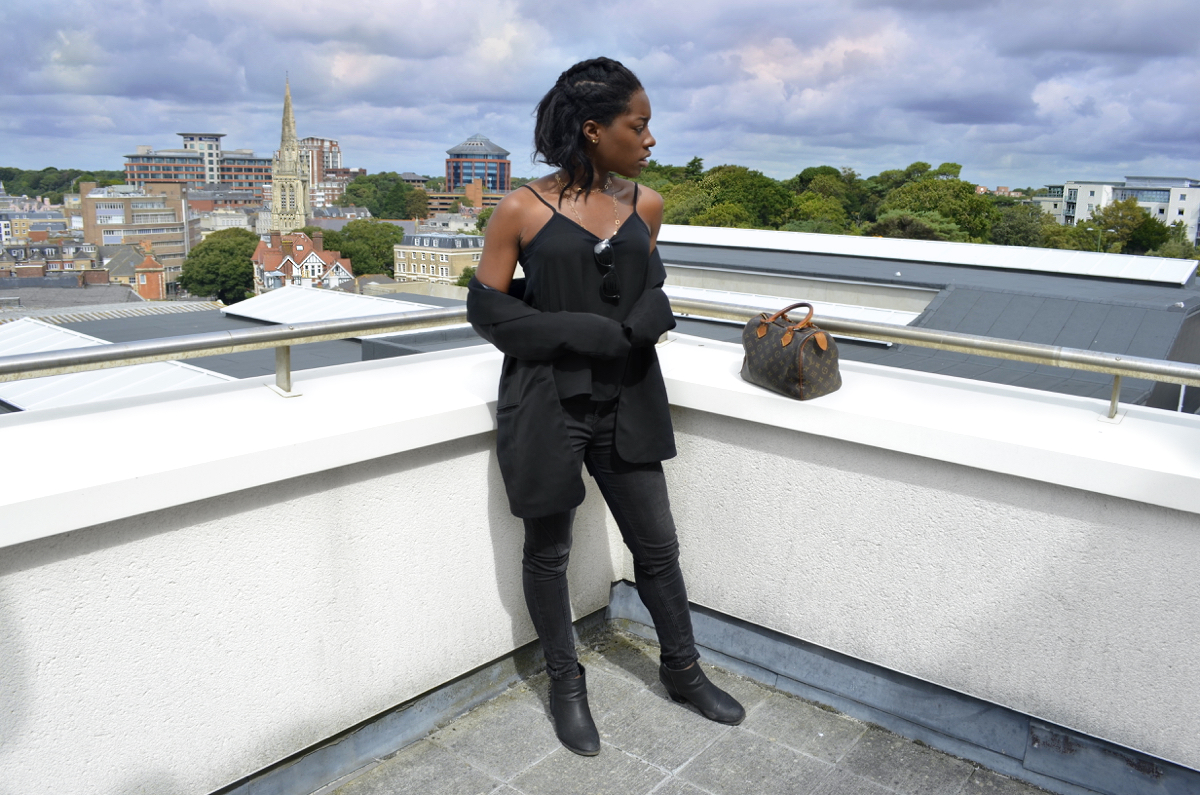 Choosing not to accept praise in the normal way is a conscious decision that I’ve made and one that has benefitted me really well this year which is why I want to share it with you.

Growing up I’ve always been a people-pleaser. Constantly concerned with what other people thought of me, especially my elders. I was Mrs Goody Two Shoes throughout school and I wore the badge proudly. I strived to be top of every class, even P.E (Physical Exercise or ‘Gym Class’ as some of you might say) which was, for the braces-wearing, ‘four-eyed’ token black kid, my one and only social saving grace – I was always first pick for sports teams. 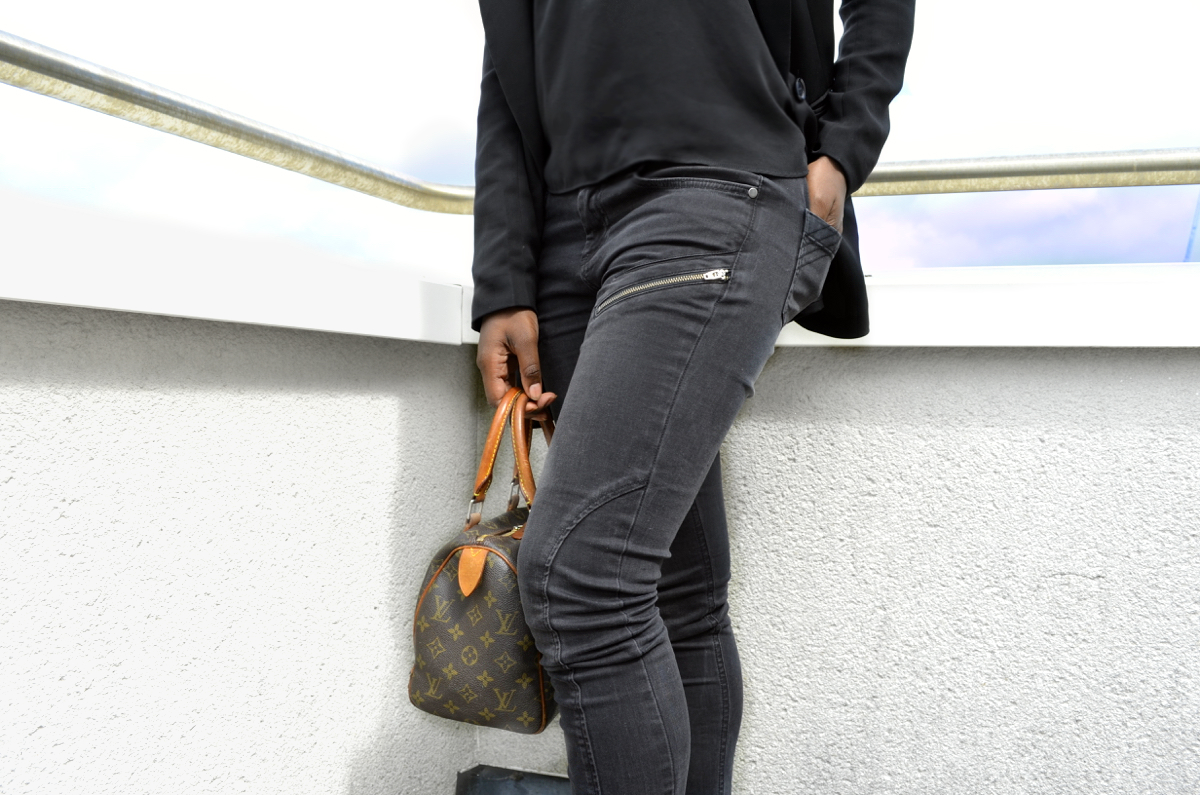 I’m not claiming I was perfect. Like any other kids I had my moments. My room was rarely tidy, I was forever losing things and when I got my first ever detention, aged 14, I felt like I had been character assassinated by my Spanish teacher. Even though I knew it was my fault, I’d been too lazy to do the homework as usual but this time I couldn’t talk my way out of it. Simple as. It wasn’t the inconvenience of getting home late that annoyed me or the fear of telling my mum. Somehow being told that I’d been bad and having it brandished for all to see in the form of this paper slip was more offensive to me than than fact that I’d knowingly missed the opportunity to learn and progress in the class.

Needless to say that being told that I was good meant a lot to me. Good at something, a good person, it didn’t matter, as long as I was in everyone’s ‘good’ books life was good. Nothing wrong with that you might think. On some level you might be thinking that we’d all want a somewhat conscientious kid like that but the downside comes from what happens those times when you’re not considered to be ‘good’. 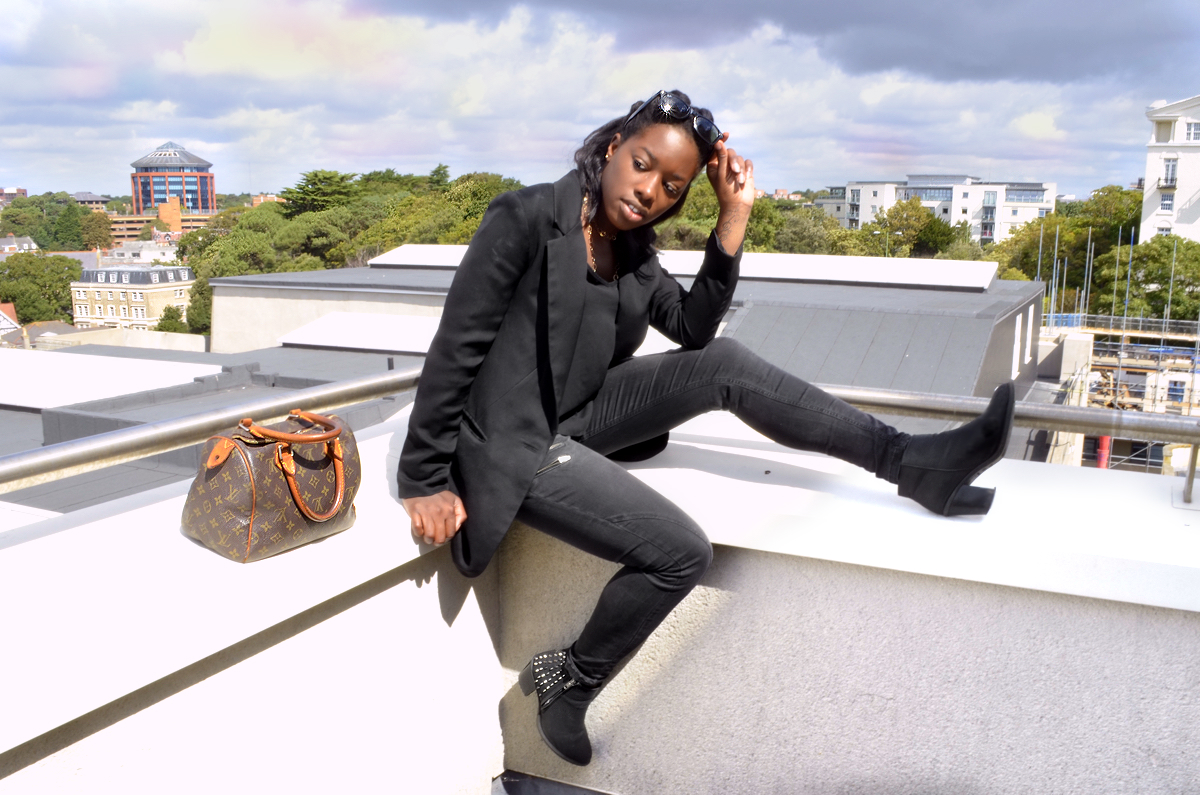 Whilst it’s fantastic to take pride from being held in good esteem, the flipside is that when you’re not your world can come crashing down. You may think that this is okay because it’s motivation to always be good but that’s the thing – as human beings we can’t always be good at everything. The other, more sinister side to constantly seeking approval is that there are often times when that approval is just not given no matter how good we are. Not because we’re not deserving but because perhaps other people haven’t noticed the good or simply because they don’t want to.

We all know that there are those people out there who will go out of their way to make someone feel bad about something that they should feel positive about. Being an influencer it’s something that I have to be incredibly mindful of in the age of anonymous trolls. It’s not them that I’m concerned about though. Trolls are, for me, easy to deal with because their opinions will always be worthless to me. As one of my favourite sayings goes, wolves should never lose sleep over the opinions of sheep.

But what about the other animals? The lambs, the deers, those people I hold closest to my heart? If I make a smart move at work and my parents don’t ‘get it’ and share the same excitement, does that mean I made an error? If I reach another milestone in my work and update my Facebook status but nobody comments with congratulations does that mean it’s not a big deal? If I work really hard on a blog campaign and produce beautiful imagery but none of my friends comment on it, does that mean it wasn’t that good after all? Of course not. 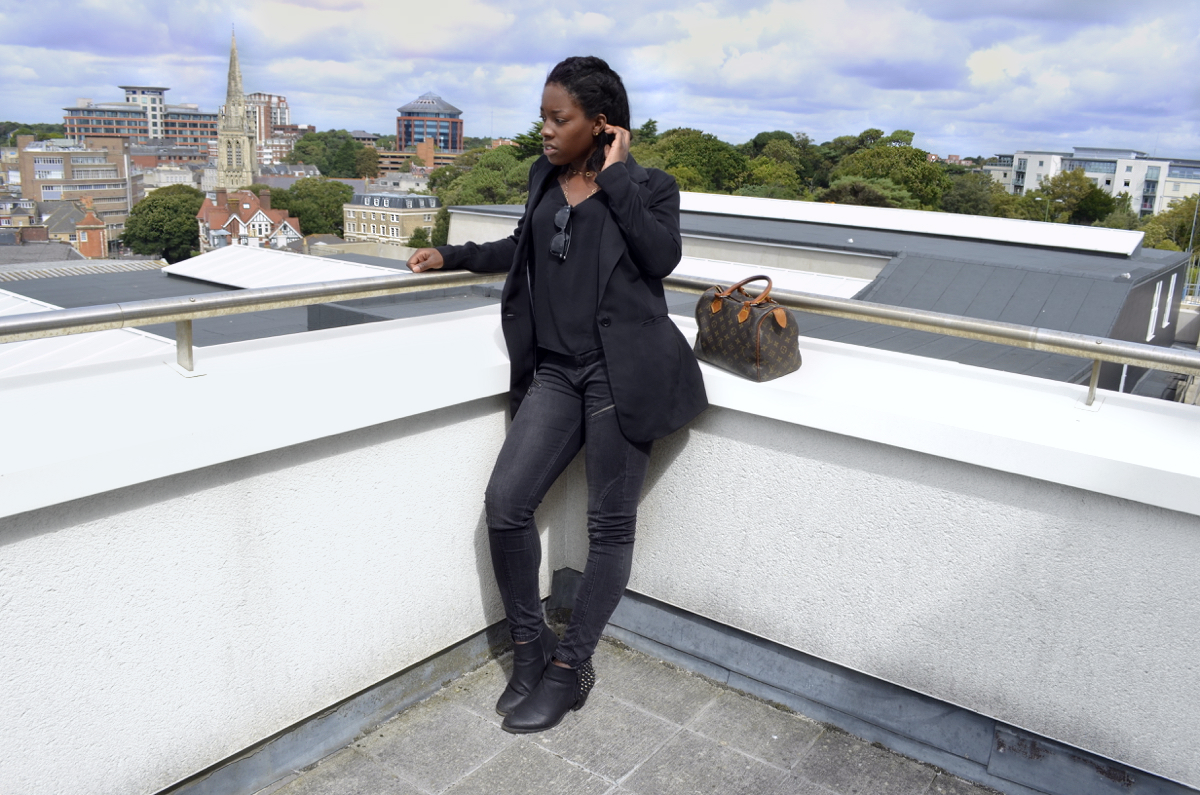 As I’ve matured into adulthood, I’ve realised that the only person who can really judge my successes and failures is me. I will be my own moral compass. After all, only I know how hard I really worked. Only I know the obstacles I faced and if I really gave it my all or if I perhaps could have done better. This enables me to be completely self sufficient. I am my own biggest cheerleader. If I have a success, no one will be more happy for me than me and if others happen not to rally around me with congratulations that’s A-Okay. Rather than host a little pity party like I may have once upon a time, I will now host a Solo Success Soiree – more cake for me anyway.

With that self sufficiency though there must come a little humility in order to balance things out. If I’m going not going to dwell on the times when others rain on my parade (even unknowingly), I can’t then revel in the times when they shower me with compliments, only tuning in when people have good things to say. That’s how narcissism starts. Instead, when I’m praised I make a mental note that the thing I did went down well and instead focus on the kindness of that person taking the the time to share their positive thought with me. 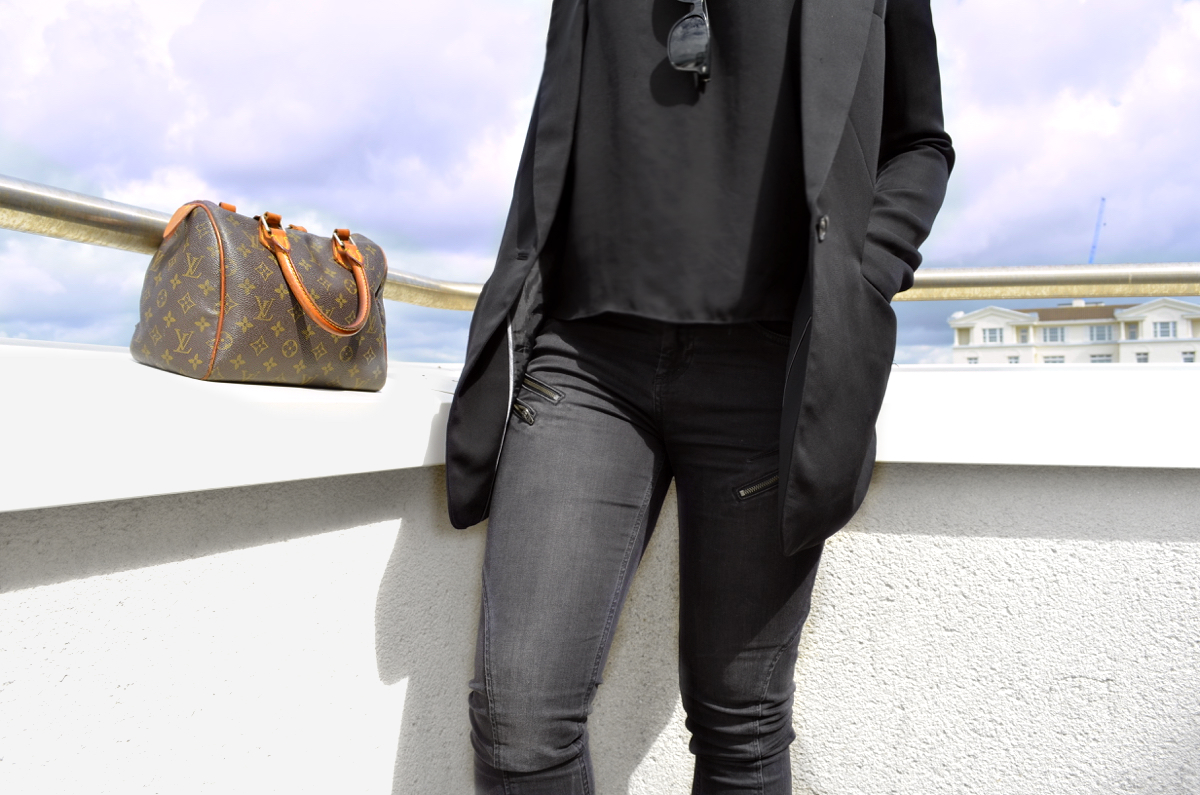 To put it in simple terms, if I baked a cake that I thought was absolutely delicious, gave it to all my loved ones and no one complimented me on it, a year ago I would have vowed never to bake again, mortified at the betrayal of my tastebuds. Now, if that happened I’d still make the cake again because I love it. If a few people later said it was delicious, I’d make a mental note to bring it to their next dinner party but I wouldn’t think it was any better than before – I loved it anyway. Similarly, if everyone later said, ‘Oh I didn’t want to say before but that cake you made was awful’, I’d make a mental note not to serve it those particular people again but I’d continue to make the delicious cake for myself. My opinion of my successes or failures is now largely unmoved by other people’s comments. It doesn’t mean that they don’t matter to me at all, it can by all means change my understanding of other people’s perception of what I’ve done but it doesn’t change my own perception.

To translate into my daily life – if I made a YouTube video that I thought was amazingly edited but everyone commented to say how terrible and confusing it was, I wouldn’t suddenly hate my editing style. I would absolutely change the way I did it next time because, at the end of the day, I want to do this professionally so I need to make videos that other people like but that doesn’t mean that I can’t still like my original video. It just wasn’t to everyone’s taste. That’s okay, I’ll reserve that editing style for my personal videos. The same goes for work projects, big decisions you make at home and even little things like fashion choices. You may decide to make notes and adjustments to make your daily life smoother but your own opinion should be unmoved and should be the most important to you deep down. 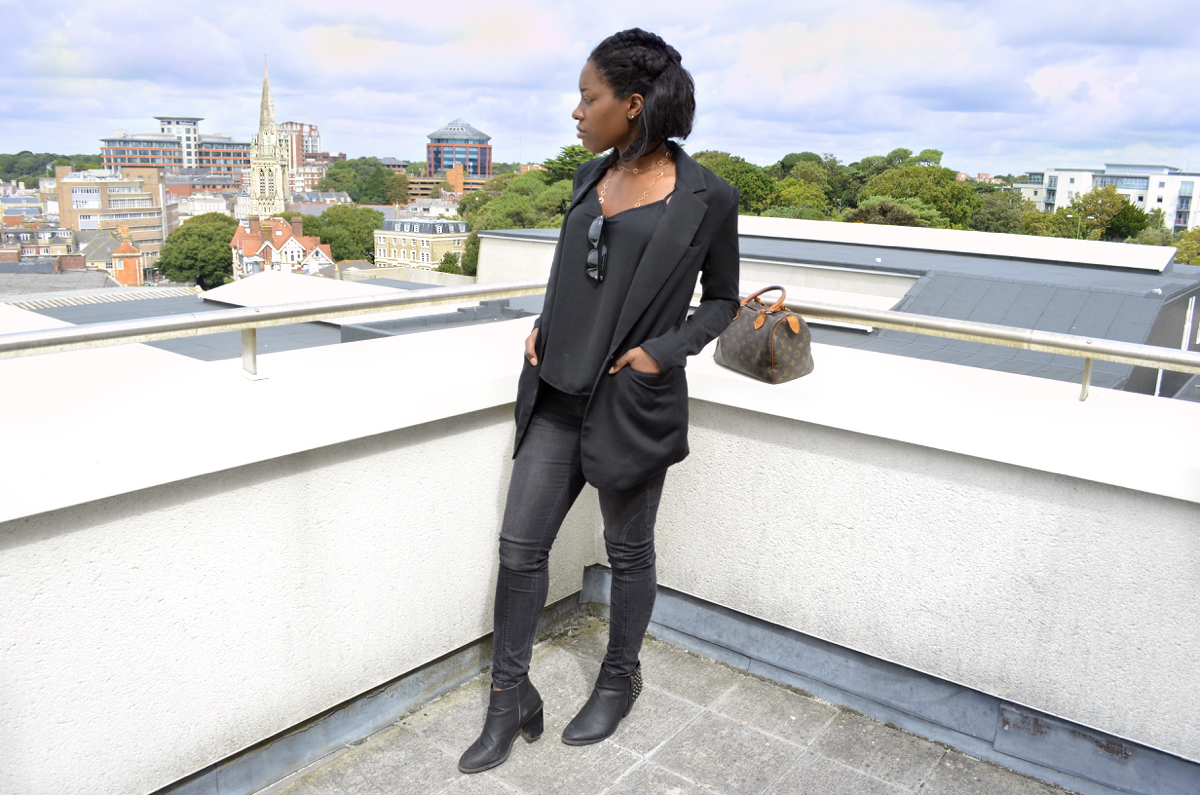 I’m lucky enough to be surrounded by a network of incredibly supportive people who take the time to comment on how well they think I am doing when I am. Just yesterday, my sweet friend Jess messaged me just to say that she’d been on my Instagram and was really impressed with my work and that I should keep on striving to grow my page. Acts of kindness like that are invaluable, it always so nice to hear that someone has noticed your hard work because everyone has moments of self-doubt no matter how strong you are. I didn’t let it make me feel like my page was suddenly worthy because someone had noticed it though. Instead I felt incredibly thankful that someone shares the same artistic vision as me and could appreciate the page like I do.

It’s not about being dismissive of praise or criticism but about knowing how to take it and what to do with it. Let it go to your head but never to your heart.